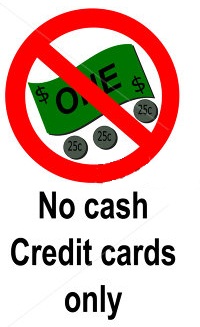 It's no secret that governments around the world hate cash, as cash transactions are harder for them to track and control.

The latest example of this disturbing trend is a recent proposal in France, the same France that recently put forward a 75% income tax. France unfortunately has been a good example lately of the types of schemes desperate governments can concoct to squeeze their citizens for every drop of productivity and to extinguish their privacy.

This new proposal would drop the current cash transaction limit of €3,000 to just €1,000 by the end of 2013. Of course, the French bureaucrats are doing this “for your own good,” the catch-all justification for statism. Ostensibly, the limits in cash are in place to protect against fraud, combat drug trafficking and “terrorism,” as well as crackdown on tax evasion to ensure that everyone pays their “fair share.”

Once the French people have become used to the €1,000 cash limit it will likely be only a matter of time before it is lowered again and again until the government can document every purchase. Whatever ends up happening in France the worldwide trend is clear; expect less privacy and more government control in all realms of life.

France of course is not alone, and we will be keeping a close watch for the latest in the international war on cash.

You'll find this as well as other current events that you need to know about below.

Additionally, below you will find valuable information regarding the opening of a foreign bank account, obtaining Irish citizenship via ancestry, and avoiding common scams in the offshore world. Please forward/share this article so that the ones you care about can have access to the information they need to take pragmatic steps to internationalize and reduce the greatest threat to their prosperity – government and political risk.

It’s clear there is an unstoppable trend towards more socialism in the US. I think inflation is the primary factor driving this trend. Americans feel squeezed because the cost of rent, medical insurance, and tuition, as well as other basic living expenses, is rising much faster than their wages. This creates very real problems for […]