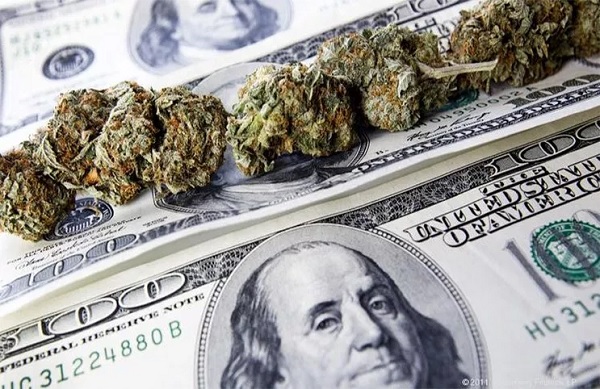 Battley is the executive vice president of Aurora Cannabis, one of Canada’s biggest marijuana companies.

Before joining Aurora, Battley worked in the biotech and big pharma industries. In other words, he’s worked for some of the world’s most cutting-edge businesses.

And yet, he says nothing compares to Canada’s marijuana industry.

“We are literally inventing a new industry in real time.”

Canada’s legal marijuana market is being born before our eyes…

Starting next July, you’ll most likely be able to legally buy recreational marijuana across Canada.

This will have huge implications for Canada’s $400 million marijuana industry. Accounting firm Deloitte estimates that Canada’s marijuana market could become a $4 billion to $9 billion market once recreational use is legalized.

That means Canada’s legal marijuana economy is about to grow at least tenfold ($400 million to $4 billion) in size… practically overnight.

In short, demand for marijuana in Canada is about to skyrocket. But it’s not ready for this coming surge…

You see, it currently has just 1.4 million square feet of licensed marijuana production space. That might sound like a lot. But it’s not nearly enough to satisfy all its pent-up demand.

In fact, some experts say Canada will need at least 14 million square feet of dedicated production space by next summer. That’s 10x more than its current capacity.

Aurora will finish construction on the facility next year.

Upon completion, the facility known as Aurora Sky will be an 800,000-square-foot building. That will make it the world’s largest marijuana production facility.

Aurora hopes this extra capacity will help it satisfy Canada’s coming demand surge. But that’s not the only reason it’s aggressively ramping up production.

Aurora wants a piece of the global marijuana market, too…

It specifically wants to export marijuana to Germany through its subsidiary Pedanios.

And it’s not the only producer with its sights set on global domination.

Other Canadian companies are already shipping marijuana to Australia, Brazil, the Cayman Islands, Chile, and Croatia.

You can’t say the same thing about U.S. marijuana producers…

That’s because marijuana is a Schedule 1 drug at the federal level. The feds consider it more dangerous than cocaine or meth.

That’s why I’ve been urging readers to buy Canadian marijuana stocks instead of U.S. listings.

That gives Canadian marijuana companies a huge edge over their competitors to the south.

It also puts them at the forefront of the global marijuana boom. That’s something every speculator should understand.

In other words, the global marijuana market is expected to more than quadruple in size over the next seven years.

So, consider buying Canadian marijuana stocks if you haven’t already.

They’re in the best position to profit from the coming “green gold rush.” And they give you the best chance to become a “marijuana millionaire.”

You can begin your research by checking out this complete list of Canadian marijuana stocks.

But don’t worry if you’re not Canadian. Many of these stocks also trade on U.S. exchanges. That makes them as easy to buy as other U.S. stocks.

In other words, you don’t have to be Canadian to take advantage of this opportunity.

Soon, the rest of the world will realize that Canada’s the place to invest in marijuana. When this happens, investors will pour money into tiny Canadian marijuana stocks.

And that could cause some Canadian pot stocks to soar 1,000% in a matter of months.

You may find that hard to believe. But many small Canadian pot stocks soared that much or higher during the first wave of marijuana stock mania.

That’s why you can’t afford to let this opportunity pass you by.

Editor’s Note: Most people don’t know this, but Doug Casey was an early investor in a pot company. In November 2014, he bought a penny pot stock for $0.10 a share. A recent Canadian filing in June put the stock at $2. That’s a gain of 1,900%. Today, Doug’s investment is worth $1 million.

And his team has just revealed another incredible opportunity in the pot market in this exclusive new video. It explains how to access their best research on marijuana stocks. You can watch it right here.

And our team has just revealed another incredible opportunity in the pot market in this exclusive new video. It explains how to access our best research on marijuana stocks. You can watch it right here.