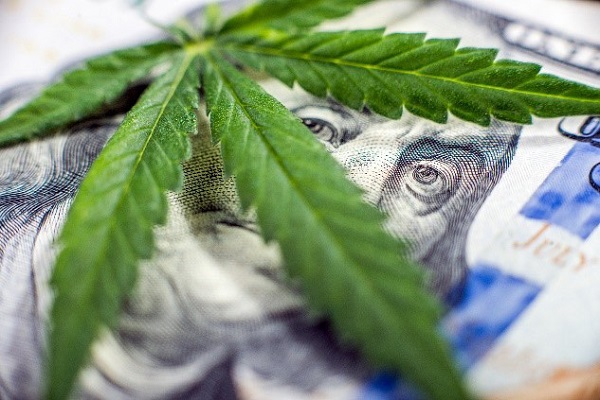 For this grandmother, Disney didn’t turn out to be the “Most Magical Place on Earth.”

You may have seen this in the news this week…

A 69-year-old woman from North Carolina was arrested outside Disney World in Orlando after police found cannabidiol (CBD) oil in her purse.

The charge? Possession of hashish – a felony. But CBD oil isn’t hashish. It has no intoxicating effects and is in fact completely legal.

After the woman spent 12 hours in jail, the “hashish” charges were dropped.

The episode goes to show just how backwards cannabis prohibition still is in the U.S.

Today, I’m going to show you why stories like this one are distracting people from a huge investment megatrend.

As you’ll see, it’s a trend that could disrupt over $4 trillion in global markets in the next few years…

The feds have been waging a war against cannabis for over 70 years.

And you know that, while we’ve made some progress over the past few years, there’s still a long way to go to reach full legalization.

You may even remember the first time I put cannabis investing on your radar two years ago.

At the time, there were only dozens of publicly traded cannabis companies. Today, there are well over 200.

New ones seem to be popping up each week. Others are simply adding “cannabis” or cannabis-related words to their company names to tap into the green gold rush.

The truth is, most publicly traded cannabis companies are junk with abysmal financials. But despite their lack of business potential, many of these stocks have been soaring.

It brings to mind Doug Casey’s saying that “when the wind blows even a turkey can fly.”

That’s why in recent months I’ve recommended closing out our more speculative cannabis positions… and locking in profits on others.

If you got in early, it’s worked to your advantage.

At our Crisis Investing advisory, for instance, my readers have already had the chance to book at least doubles with three cannabis companies.

And those are just profits we’ve skimmed off the top… At writing, those three companies are up 91%, 395%, and 576% in our model portfolio.

And in February, we closed out another position for a gain of over 100%.

I’ve heard from many readers who were able to lock in those profits.

If that’s you, you should be patting yourself on the back. You’re one of the pioneers of the wave of cannabis legalization that’s spreading across the world.

That said, for the reasons I explained earlier, others have wondered if my views on the cannabis market have changed since I first started writing about it two years ago…

The answer is… absolutely not.

I’m still as bullish as ever on the big picture for the global cannabis industry.

Legal cannabis is going to disrupt the alcohol, tobacco, pharmaceutical, and soft drink industries, among others. Take a look:

Then there’s the currently illicit recreational market, which is worth $200 billion globally. Ultimately, this will become a new legal market.

Beyond that, when you consider the immense medical, recreational, industrial, therapeutic, and accessory markets for cannabis, the implications are clear.

Legal cannabis will create countless new categories of products. Together, we’re talking about a multi-year megatrend that could disrupt over $4 trillion in global markets.

Bigger Than the Repeal of Prohibition

It’s hard to wrap your mind around just how big an impact the legal cannabis market will have on the world. It’s unprecedented…

I’ve compared it before to the repeal of alcohol prohibition in 1933. But let me remind you, alcohol use was largely just a recreational market.

As I showed you above, with cannabis there is much, much more than just the recreational market.

In short, the legal cannabis megatrend is closer to its beginning than its end. And there’s one area of the market I’m particularly bullish on…

How to Profit From the Legal Cannabis Megatrend

CBD is a compound found in the cannabis plant.

Unlike THC – the chemical that gets you “high” – CBD has no intoxicating effects. But it does have medicinal properties.

And thanks to the legalization of hemp – which is rich in CBD – at the federal level, the floodgates have opened for CBD oil extraction on a massive industrial scale in the U.S.

Market research suggests the U.S. CBD market is currently worth around $500 million.

But it could easily skyrocket to over $10 billion within the next three years. That’s 20 times its current size.

As impressive as that sounds, I think it’s conservative. Sales of Epidiolex, a CBD drug the FDA approved to treat epilepsy, are expected to reach $1.3 billion over a similar time frame. And that’s just one CBD product…

The U.S. CBD market could easily grow 10 times larger in the years ahead.

Shares of select publicly traded companies in the CBD industry could surge even higher.

This is a huge opportunity to profit from the legal cannabis megatrend. And the time to position yourself is now.

Editor’s note: The cannabis legalization trend will only continue to pick up steam in the years ahead. While many have already locked in substantial profits, it’s still early. Nick just released an urgent video update on how you can take advantage rapidly expanding industry right now. Click here to watch it now.