Italian government bonds are in a super bubble.

They are primed to collapse soon.

But the situation is actually much worse.

I don’t see how it’s possible for the Italian government to extract enough in taxes from the productive part of the economy to ever pay back what it’s borrowed.

Yet Italian government bonds are trading near record-low yields.

It’s a bizarre and perverse situation.

Over $1 trillion worth of Italian bonds actually have negative yields. That’s completely insane.

Given the huge risks associated with lending money to the bankrupt Italian government, the yields on Italian sovereign bonds should be near record highs, not record lows. 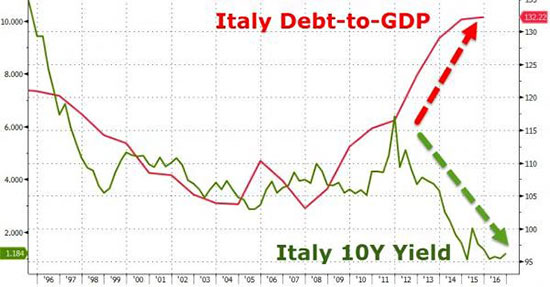 Italian government bonds are, without a doubt, in super-bubble territory. It won’t be long before a pin pricks it and… pop.

That’s why you need to act now. You may be exposed to this toxic financial waste without even knowing it.

My friend, mentor, and globetrotting colleague Doug Casey thinks the situation in Italy is just the beginning of a disaster much worse than the 2007–2009 global financial crisis.

I expect a truly major banking crisis. Much worse than that of 2007–2009. Governments, who are all bankrupt, borrow money from commercial banks. Commercial banks have lent it to them because they believe it’s a risk-free loan. Governments encourage them to lend recklessly, hoping that will jump-start sluggish economies. Central banks, which are the arms of their governments, have taken interest rates to zero and below for that reason and to make it easier for governments to service their debts. This policy has encouraged businesses to take on debt. It’s an idiotic and reckless experiment that will end—likely in this cycle—with bankrupt central banks and governments bailing out bankrupt commercial banks and businesses. Just the way they did in 2007–2009. Except this time, the situation is much more serious.

How to profit? Don’t own European companies, stocks or bonds, and banks in particular. In fact, even though they’re already down considerably, they’re going lower and are excellent candidates for short sales, or the sale of naked calls.

I agree with Doug. The European banks most exposed to the looming crisis in Italy are excellent short-sale candidates.

To hone in on the best options, I looked at which European banks hold a lot of Italian government bonds.

According to the German media, French banks are the most exposed by a wide margin. They have over $275 billion worth of Italian sovereign debt on their balance sheets. Germany is next, with $90 billion, followed by Spain, with $45 billion.

If you own any of the European bank stocks listed below, I recommend selling them immediately. Even though their share prices have all taken serious hits recently, they’re still great short-sale candidates.

You only have a short window to act…

On December 4, Italy is voting on a crucial referendum. It’s almost certain to fail. And that will probably be the pin that pricks this super bubble.

Doug Casey and I just released an urgent video on this issue with all the details. Click here to watch it now.

Doug Casey and I just released an urgent video with all the details, including specific investments you should consider right now. Some of them have the potential to give 10-to-1 returns. Click here to watch it now. 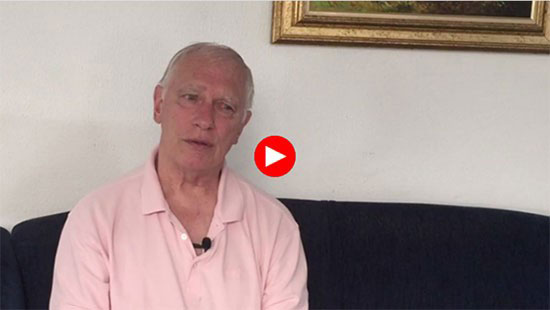 Commodities are highly cyclical and can be highly volatile. That, in turn, creates opportunity.