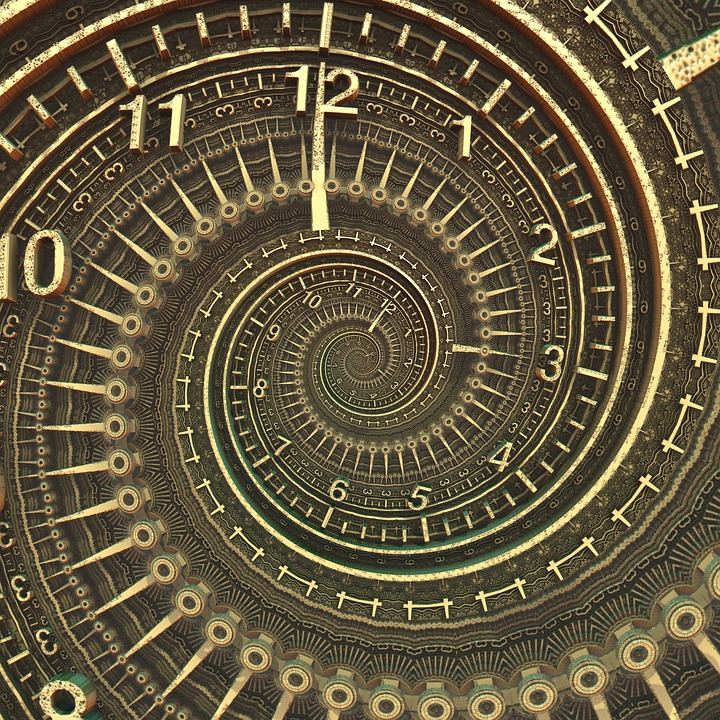 The only reason for time is so that everything doesn't happen at once.
~ Albert Einstein

We write to you today from the past, Dear Reader… and the future, too. Our former and future home city – Buenos Aires – is both a reflection of days gone, and harbinger of things to come.

Neither good, nor bad, it stands as a monument to sentiments ongoing… at once romantic, nostalgic, chaotic and terrific.

Strolling around the city… along her wide-open boulevards and cobbled stone streets… through her lush parks and leafy plazas… around her café corners and restaurant-lined alleys… we don’t see a futuristic megatropolis.

The “Paris of the South” is not a Shanghai or a Dubai. In some parts, it’s barely even a Mumbai.

There are some modern buildings, down in trendy Puerto Madero… but it’s as bland and uniform there as in any other “big smoke” capital around the world. In all the years we’ve been journeying here, we’ve probably visited the area twice.

The real charm, as you might expect, is to be found in this city’s older barrios. Recoleta… San Telmo… Palermo. There, stepping into the street is like stepping into a Borges poem or a Cortázar novel.

Imagine architecture from the ‘20s (the good), politics from the ‘50s (the bad) and haircuts from the ‘80s (the ugly). Here at the end of the world, the past holds something for everyone.

Alas, as far as abstract concepts can express a preference, time has not exactly been on Argentina’s side.

At the turn of the 20th century, this country was among the top ten most prosperous nations on earth. Only Switzerland, Britain, Belgium and a handful of former English colonies – including the United States – were more favorably positioned, economically.

In 1913, Argentina’s bustling, cosmopolitan capital had one of the highest telephone penetration rates in the world. Her per capita income at the time was 50% higher than in Italy, almost twice that of Japan and five times greater than her northern neighbor, Brazil.

Argentina’s industry, manned by competent, entrepreneurial individuals, churned out quality textiles and barcos frigoríficos (refrigerated ships) carried her prized beef, first introduced in 1536 by the Spanish Conquistadors, from the fertile plains of las pampas to the farthest reaches of the known world.

But as the century wore on, protectionist policies at home and increased competition from the post-WWII, export-led economies abroad colluded to undermine Argentina’s international edge.

From 1900 through to the beginning of the new millennium, Argentina’s real GDP per person grew at a rate of barely 1.8% per year. Brazil outpaced her handily, growing at a 2.4% annualized rate. And Japan, starting with a real GDP per person of roughly $1,500 (2019 equivalent dollars) at the turn of the twentieth century, grew an average of 2.8% per year.

In many ways, if you wish to see a version of America’s (and Canada’s, Europe’s, Australia’s, etc.) future, it helps to take a walk with the ghost of Argentina’s past.

Of course, the idea of traveling back in time by heading abroad is not a new one. In his 1928 collection, Skeptical Essays, the eccentric English polymath, Bertrand Russell, observed as much. It’s worth quoting him at length here, as his insights are at once timeless… and a product of their own time.

Everybody knows Wells’s Time Machine, which enabled its possessor to travel backwards or forwards in time, and see for himself what the past was like and what the future will be. But people do not always realize that a great deal of the advantages of Well’s device can be secured by travelling about the world at the present day.

A European who goes to New York and Chicago sees the future, the future to which Europe is likely to come if it escapes economic disaster. On the other hand, when he goes to Asia he sees the past. In India, I am told, he can see the Middle Ages; in China he can see the eighteenth century.

If George Washington were to return to earth, the country which he created would puzzle him dreadfully. He would feel a little less strange in England, still less strange in France; but he would not feel really at home until he reached China. There, for the first time in his ghostly wanderings, he would find men who still believe in ‘life, liberty, and the pursuit of happiness’, and who conceive these things more or less as Americans of the War of Independence conceived them. And I think it would not be long before he became President of the Chinese Republic.

Obviously, the world has changed plenty since Mr. Russell penned those words back in the roaring 1920s, before the Chinese Communists prevailed and replaced Chinese liberty with servitude to the almighty state.

For starters, many of the skyscrapers of New York and Chicago today stand in the shadows of those in Guangzhou and Shenzhen. In fact, seven of the world’s tallest ten buildings are to be found in the Far East (five on the Chinese mainland; one each in Taipei and South Korea).

As for the Middle East, the world’s tallest building, The Burj Khalifa in Dubai, is as tall as the Empire State Building and the Willis (formerly Sears) Tower… stacked on top of one another!

The Abraj Al-Bait Tower in Mecca, Saudi Arabia (3rd) and One World Trade Center, New York (6th) round out the top ten. The U.S. does not feature in the next 10 rankings.

As for politics and culture…

We’d pay good (gold) money to hear Mr. Washington’s thoughts on the state of the modern day pre-election circus. And why stop there? Who wouldn’t toss a quarter sovereign into the hat to see the rest of the Founding Fathers up on the debate stage?

What choice words might Mr. Jefferson offer to the “freshperson congressperson” from New York, rep. Alexandria Ocasio-Cortez? What advice would thrifty Mr. Franklin pay budget-busting Mr. Trump? And how about Messrs. Paine, Adams and Hamilton? Might they have a thing or two to say to the bench-warming B-Team of Beto, Bernie, Biden and Buttigieg?

More to the point, what might these “ghostly figures” think of the hulking leviathan over which today’s droopy candidates hope to take charge? And what of those quaint notions of “life, liberty and the pursuit of happiness”?

Our suspicion is that the Founders would soon be looking for Wells’s Time Machine… hoping to catch a ride to another place and another time.

Stay tuned for more tales from the end of the world…

Frank Lloyd Wright and the virtues of adopting a laissez-faire approach to everything from architecture to investing.