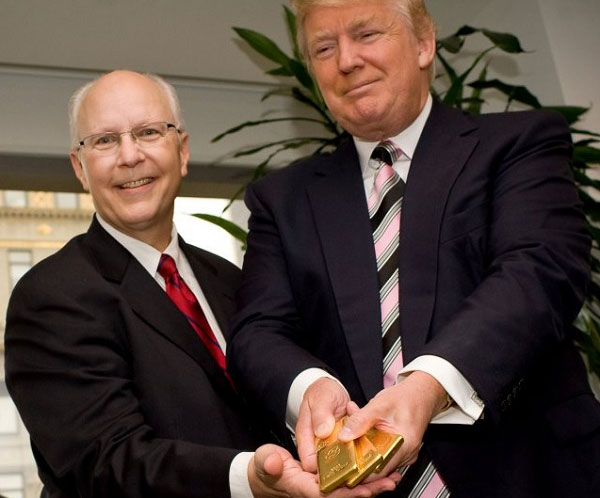 On August 15, 1971, President Nixon killed the last remnants of the gold standard.

Since then, the dollar has been a pure fiat currency, allowing the Fed to print as many dollars as it pleases.

Removing the US dollar’s last link to gold eliminated the main motivation for foreign countries to store large dollar reserves and to use the dollar for international trade.

At this point, demand for dollars was set to fall… along with the dollar’s purchasing power. So the US government concocted a new arrangement to give foreign countries another compelling reason to hold and use the dollar.

In short, the US government made a series of agreements with Saudi Arabia between 1972 and 1974, which created the petrodollar.

The Saudis would use their dominant position in OPEC to ensure that all oil transactions would only happen in US dollars. And the US would guarantee the House of Saud’s survival.

It worked… for a while.

The petrodollar filled the void after the US severed the dollar’s last link to gold as the main prop to the dollar’s status as the world’ premier reserve currency.

So far, the petrodollar has lasted over 40 years. However, the glue is losing its stick.

I think we’re on the cusp of another paradigm shift in the international financial system, a change at least as fundamental as what happened in 1971 when Nixon severed the dollar’s last link to gold.

The relationship between Saudi Arabia and the US hit historic lows in 2016. I only expect it to get worse. Trump is the first president since the petrodollar system was enacted to be openly hostile toward the Saudis.

The death of the petrodollar system is my No. 1 black swan event for this year.

It raises the question: What will fill the void when the petrodollar inevitably dies?

When that happens—and it may be imminent—something has to replace it. I think there are only two options.

Naturally, the global elite want to centralize more power into global institutions. In this case, that means the International Monetary Fund (IMF).

The IMF issues a type of international currency called the “Special Drawing Right,” or SDR.

The SDR is nothing new. The globalists have been slowly building it up since 1969. In the near future, it could be used as the premier international currency—the role the dollar has played since the end of World War 2.

The SDR is simply a basket of other fiat currencies. The US dollar makes up 42%, the euro 31%, the Chinese renminbi 11%, the Japanese yen 8%, and the British pound 8%.

The SDR is not based on sound economics or the interests of the common man. It’s just another cockamamie invention of the economic witch doctors in academia and government.

The SDR is dangerous. It gives the government—in this case, a global government—more power. It’s a bridge to a powerful global monetary authority, and eventually a global currency.

Most decent people would consider this a bad thing. That’s why the global elite cloud their scheme with dull and opaque names like “Special Drawing Right.”

It’s an old trick. Governments have used it for eons.

The Federal Reserve is an excellent example. After two failed central banking experiments in the 1800s, anything associated with a central bank became deeply unpopular with the American public. So, central bank advocates tried a fresh branding strategy.

Rather than call their new central bank the Third Bank of the United States (the previous two were the First and Second Banks of the United States), they gave it a vague and boring name. They called it “the Federal Reserve” and managed to hide it in plain sight from the average person.

Nearly 100 years later, most Americans don’t have the slightest clue what the Federal Reserve is, what it does, or how it has eroded their standard of living.

I think the same dynamic is at work with the IMF’s “Special Drawing Right.”

The breakdown of the petrodollar is the perfect excuse for the globalists to usher in their SDR solution.

So that’s the first option. It’s the global elites’ preferred outcome. It would be a very bad thing for personal and economic freedom. It means more fiat currency, more centralization, and less freedom for the individual.

The second option is to simply return to gold as the premier international money. Here’s how it could happen…

Trump might play along with the globalists’ schemes, but I doubt it. He’s the first president who’s openly and sincerely hostile toward globalism. He’s denounced it repeatedly.

Trump recently said, “We will no longer surrender this country, or its people, to the false song of globalism.”

In my view, there’s only one way Trump could fight the global elites and their SDR plan: return the dollar to some sort of gold backing.

Trump has said favorable things about gold in the past. So have some of his advisers.

It wouldn’t be easy. He’d face one hell of a struggle with the globalists. And winning would be far from certain.

No matter what, the death of the petrodollar, just like the end of the dollar’s link to gold, will be very good for the dollar price of gold and gold mining stocks.

Gold is still bouncing around its lows. Gold mining stocks are still very cheap. I expect returns to be at least as great as they were during that paradigm shift in the international monetary system.

Everything could soon change… in sudden, unexpected ways.

This is exactly why legendary investor and bestselling author Doug Casey put together a time-sensitive video explaining how it could all go down.