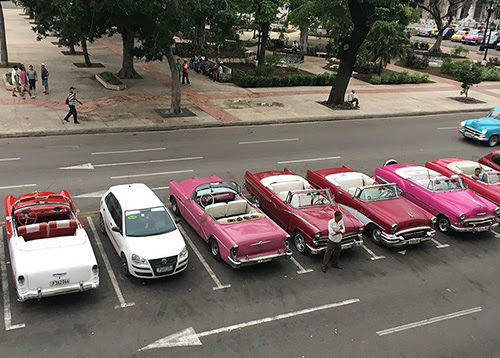 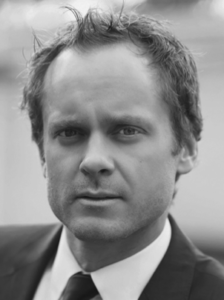 Last week, I managed to trigger a U.S. Treasury Department OFAC “complete freeze” of my brokerage account. The push of one button blocked me from any action in all four accounts I hold at Fidelity.

OFAC is the Treasury’s Office of Foreign Assets Control. Its mission is to prevent funds from flowing to any entity under U.S. sanctions. That means terrorist groups and rogue regimes like North Korea, Iran, and Cuba.

My problem started when a Fidelity supervisor called me to say they’d made an error in my account the prior day. I participate in a lot of private placement and off-market transactions. Most of the stock I end up with in these deals carry a date restriction. That means I can’t sell it before a certain date. It’s essentially restricted stock.

Fidelity has a special department that deals with restricted stock. The day before the U.S. Treasury freeze, I got an email from Fidelity’s restricted stock department saying that it had cleared one of my holdings and I was free to trade it. I sold it later that day.

Turns out they jumped the gun. Some of their internal back-office paper shuffling hadn’t finished processing. This isn’t really my problem, but according to the supervisor, I needed to wire them funds equivalent to the value of my trade immediately. They’d hold these cleared funds separate from my account and release them when the paperwork tied to their mistake settled.

I sent the wire. It bounced back… internal error was the reason code. When they called to ask for another wire, I mistakenly told the supervisor, “Look, man… I’m taking off for Cuba tomorrow, and I won’t be able to—”

He cut me off.

I did take off for Havana the next morning. Fidelity eventually managed to fix the settlement problem that it created. When I got home, I had to visit its local office in person with my passport. Once the compliance department was satisfied that I was physically in the U.S., it unfroze my accounts.

I’m still not sure why my mention of traveling to Havana triggered such an overreaction. I have no idea how a terrorist group or rogue regime could possibly benefit from anything I do in my brokerage account.

To me, this whole incident is more proof that the U.S. is a full-scale police state. We have hundreds of thousands of mindless enforcers—from TSA officers to overzealous call center supervisors at Fidelity. They follow orders without ever questioning them. They’re as dangerous as Nazi railroad engineers who never questioned why the trains were only full on the outbound trips.

Traveling to Cuba is actually not against the law. However, the law is extremely complicated. You can visit, but you can’t stay in hotels, for instance. Americans can only transact business with Cuban people. This means staying in a casa particular (private home) and dining at privately owned restaurants… of which there aren’t many. I’ll give you the details on the B&B I stayed in which qualifies.

This was my second trip to Havana. The first was in late 2013. My local Cuban friends told me I missed the boom.

After my last trip, cash flooded into Cuba, expecting things to open up. 2015 and 2016 were boom years in Havana. I saw several buildings that were dilapidated on my first trip that were fully refurbished this time.

One of them went from ruins to a brand-new, five-star, Kempinski-brand hotel. We stopped in for a cigar and were the only two people in the entire lounge. We were outnumbered by staff five-to-one. 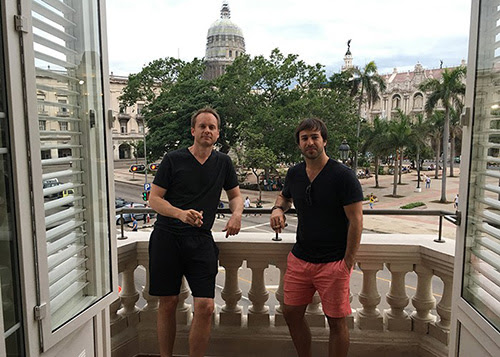 I attended a friend’s birthday dinner and sat next to a guy named Jose who is president of Spanish bank Banco Sabadell’s Cuban joint venture. He told me that his friend manages the Kempinski property in Old Havana. He said that getting supplies to run a hotel is a nightmare. Sometimes, there’s just no lettuce… for a week. That’s how things go in Cuba.

From what I hear, the Cuban military owns some of these new luxury hotels in Old Havana. They negotiate long-term operating leases with companies like Kempinski. Americans can’t stay there because allegedly, it’s a backdoor way of funneling money to the military sector.

How to Get There and Where to Stay

When I visited Cuba in 2013, it took me 23 hours to get there from Florida. First, I flew to Cancun. I went to the Cubana airline travel counter to buy a ticket from there to Havana, but the flight was full. I had to buy a ticket to Panama, and then another ticket to Havana.

This trip was much easier. I flew from Tampa, Florida to Havana on Southwest Airlines in under an hour. The flight cost me about $200. I booked it right on the Southwest website with my credit card. I even collected frequent flyer points for the flight. None of this was possible five years ago.

When you buy your ticket, Southwest will send you a scary email warning you about traveling to Cuba. Don’t worry about this. As long as you adhere to the rules—which are intentionally confusing—you’ll be fine.

The first thing you need is a visa. I bought one at a Cuban travel store in West Tampa for $80. You can also get them at most Florida airports that offer flights. The problem is that they sometimes run out, so it’s safer to get one ahead of time. 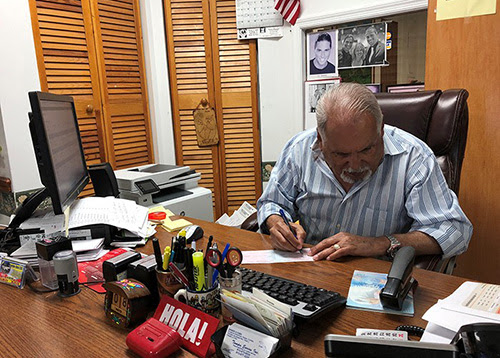 When you arrive in Cuba, you’ll need local currency. They use a two-tier currency system. The locals use pesos. The gringos use CUC, or Cuban convertible pesos. The CUC is par with the U.S. dollar, but you’ll lose 13% on the conversion.

Keep in mind that it’s technically illegal to change money outside of a licensed vendor. You’ll find people offering change around the airport, and you might have to take it because U.S. dollars are useless to the taxi drivers.

Line of taxis for hire in Old Havana

Once in town, ask your host for directions to a casa de cambio, where you can change money with your passport. Remember your credit cards, debit cards, ATM cards, checks, and traveler’s checks are all useless in Cuba. Make sure you bring new, crisp, blue $100 bills with you. They want nothing to do with mangy bank notes.

During this trip, I stayed at a magnificent B&B called Hotel Le Petit Mistinguett. The owner Pilar is Spanish. She has every room decked out with beautiful art, photographs, rugs, and ashtrays (because you can smoke freely, 24 hours a day). In fact, I had a Montecristo Petit #2 with breakfast every day, which is something I can’t do at home.

Pilar’s home is about a 15-minute cab ride from downtown Old Havana. She can tell you how to get there and what it should cost. She’ll also call you a cab and tell the driver where to take you. I had the benefit of a set of wheels since my friend Fadi from the picture above is a local. 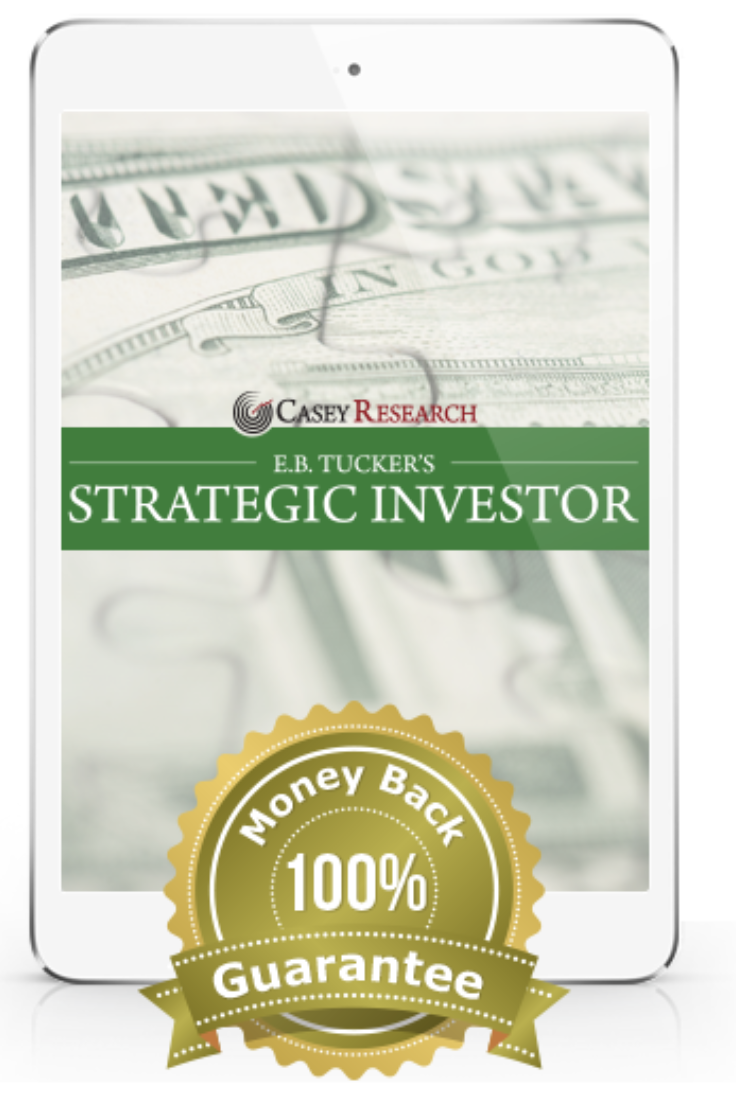 Getting around is a big hassle in Havana. In fact, everything in Havana is a hassle. If you decide to make the trip, which I strongly encourage, you’ll need to completely abandon any hope of keeping a schedule. Since your U.S. cell phone won’t work, it’s pretty easy to acclimate.

The right trip for a beginner is three nights with two full days in Havana. Of course, there’s more to see, but the first trip tackling Havana is enough. Once you know what you’re getting into, you can set up a longer trip in the future.

Regarding cigars, don’t just buy them anywhere. Fake cigars are big business in Havana. Don’t buy any from people on the street. Make sure you visit a licensed store. I like the shop at the Meliá Hotel. The prices are great and the staff is helpful. If you’re not an aficionado, feel free to buy cheap cigars in the market. They’re actually great. They’re also dirt cheap. The name brands are what people take the time to fake.
You can bring back two boxes of cigars (50 cigars total) right now. Make sure you declare them with customs, or you’ll be sent to secondary screening and lose the cigars.

I hope you’ll take a trip to Cuba while you can. Things appear to be getting worse. The tail end of Obama’s term offered some hope of opening up, but that’s over now. Things are back to crumbling.

While Cuba is a complicated place, life there is simple. That’s why I enjoy visiting.
Regards, 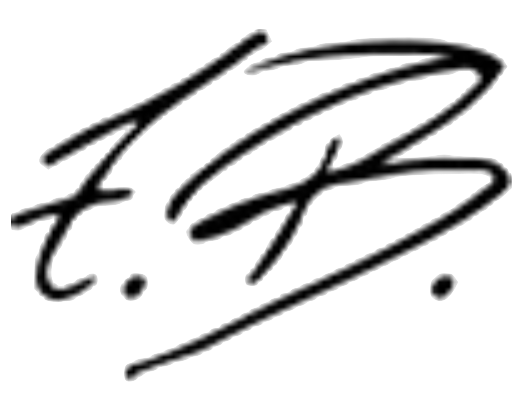 Joel’s Note: Average investors may sit and wait for opportunity to find them. Great investors go out and seek it.

As E.B. himself says, “What happens away from the desk has a big effect on the quality of your thinking. It’s what separates the excellent from the average…”

As you might expect, E.B. Tucker’s Strategic Investor portfolio is stacked with exactly the kind of off the beaten path companies most “desk-bound” investors completely overlook.