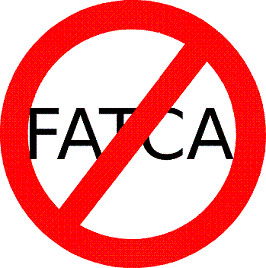 It was announced last week that China officially surpassed the US as the world's largest trading nation, as measured by total imports and exports. This marks a milestone in China's quest to dislodge the dollar as the world's premier reserve currency – and to dilute the leverage the US wields over the world.

Whether it is cutting off countries that don't toe Washington's line or pushing extraterritorial laws like FATCA upon sovereign countries, controlling access to the US financial system gives the US significant leverage to enforce its will on others –it effectively gave the US government de-facto control over the vast majority of international trade, or at least it used to

The principal reasons countries hold dollars in their reserves is so that they can engage in international trade. This arrangement used to make some sense as the US was the world's largest trading country after WWII and the dollar was backed by gold – justifications that no longer exist.

It appears that this leverage is not what it used to be. China is now a larger player, and other countries are sick of being pushed around by US edicts. If there is anything good to come out of FATCA, it may be that it showed the US has finally gone too far. Countries are looking for more ways to cut out an increasingly irrelevant middleman.

Take, for example, the multi-billion dollar natural gas for gold trade that is going on between Iran and Turkey, which completely bypasses the US financial system.

You can be sure that one of the side effects of the eventuality of the US dollar losing its status as the world's premier reserve currency is that the US government is going to squeeze its citizens as much as they can, and in as many ways as possible.

This is the very nature of political risk and is by no means unique to the US government – desperate governments will implement desperate measures, to the detriment of the wealth and wellbeing of its citizens.

Fortunately internationalization can insulate from this risk and is a prudent goal for anyone anywhere in the world.