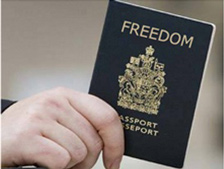 In light of the upcoming Independence Day holiday in the US, I think we should consider the following question:

“What does real independence look like, and how do we personally achieve it?”

Anyone paying the slightest attention to the machinations of the welfare/warfare state knows what it does not look like.

With confiscatory taxation at all levels, the gutting of the Bill of Rights through the so-called Patriot Act, the NDAA, secret courts, executive orders, indefinite detention, the need to be in compliance with an ever growing stack of regulations, edicts, and laws, the militarization of the police, the use of the IRS as a political weapon, assassination of US citizens without due process, indirect capital controls through FATCA, NSA warrantless spying, worldwide perpetual warfare with an undefined enemy, QE4-EVA and never ending “stimulus” efforts, ever expanding welfare programs, domestic use of drones, stealth taxation by inflation, and a fiat monetary system… and this is not an exhaustive list… it is no secret that the US of today bears little resemblance to the original American principles that at least preserved a certain degree of independence for the individual.

This is just a short synopsis of the state of affairs right now. Imagine what the future will bring as the US government (or any government) gets even more desperate as its fiscal situation deteriorates from the unsustainable spending from the policies listed above.

If history is any guide, it is not going to be pretty and I strongly recommend seeking an insurance policy before it's too late.

It is the only sure and legal way to protect yourself from an out-of-control government.

Perhaps the most common misperception is the belief that you must leave your home country to internationalize. This is not true, there are many steps that can be taken that do not require you to become an expat that will give you a good level of protection.

In many cases, moving some of your savings offshore in the form of international physical gold storage or a foreign financial account, taking the steps to obtain a second passport, or obtaining foreign real estate, do not require you to spend significant amount of time (or any at all) outside of your home country, but give you options should you need to act quickly.

In Going Global 2013, a special report from Casey Research, we outline the best strategies and the best countries to accomplish just that.

Through internationalization you can declare your own personal independence by diversifying your political risk to ensure that you are not under the total control of any particular government. And when you have achieved that, you will know what real independence looks like.