You are probably familiar with the most printed book in the world: the Bible.

But you’ve probably never even heard of the second-most printed book. It’s known as the “Little Red Book.”

It’s a collection of statements from the speeches and writings of Mao Zedong, the founder of the People’s Republic of China.

Mao, who once said that “to read too many books is harmful,” had more than one billion copies of this single book printed and distributed.

Its purpose was to force people to internalize Mao’s ideals. This elevated him to the status of deity within China.

The book remained an icon of Mao Zedong’s cult of personality and a mainstay in Chinese culture through the ‘70s.

As a result, an entire generation of Chinese have grown up not knowing anything better than what the Party has to offer them.

And now, the Chinese government is doubling down their efforts to control the thoughts of its 1.4 billion citizens…

The Little Red App - Redefining Propaganda in the Information Age

But the impact it’s having is far from little.

Chinese President Xi Jinping has created a platform much like Chairman Mao’s Little Red Book. Its purpose is to indoctrinate people with the Party’s ideologies.

The title contains a clever pun on Xi Jinping’s name: It can mean either “Study the Great Nation,” or “Learn Xi [Jinping’s] Great Nation.”

And right now, it’s the most-downloaded app in China – but for all the wrong reasons.

Regular usage of this app rewards you with “Xi study points.”

There are even certain times of day in which your point gain is doubled. For example, if you’re on the app between 8:30-10:00 p.m. on weekdays. This way, you can ensure Xi Jinping’s rhetoric is fresh in your head before going to bed. 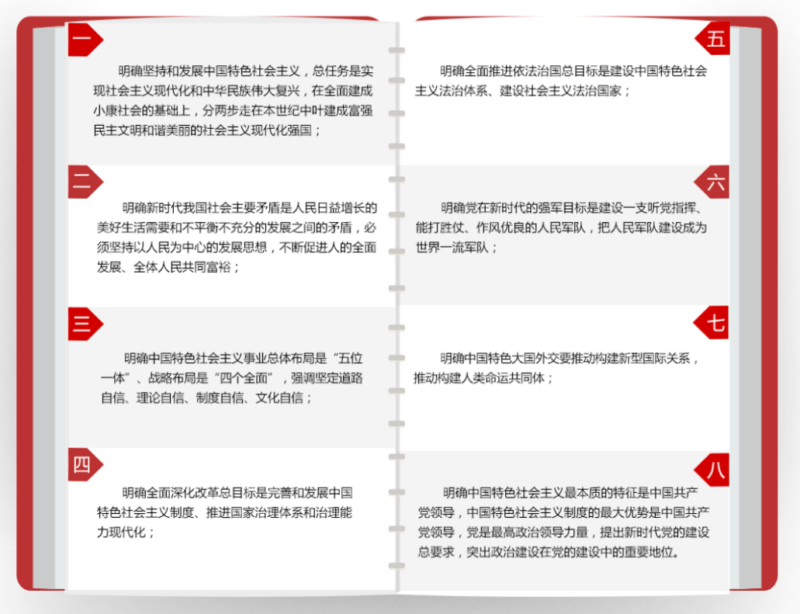 If you think you can just open up an article and leave the app open for a few minutes, you’d be wrong.

The app tracks your activity too, like whether or not you’re scrolling through the articles. This ensures that people are actually engaging with the content. And not just faking lip service to the Party.

It’s Orwell’s “Two Minutes Hate” come to life. Only now it’s gamified, and everyone is competing to get a higher score than everyone else.

The Chinese government is using a classic carrot-and-stick treatment. For now, Xi study points are supposed to get you small gifts in future versions of the app.

But you can bet it’s only a matter of time before the study points are tied to Social Credit Scores.

Many government departments and workplaces are already making sure employees hit a daily target of Xi study points.

The government is exercising special oversight into how the app is used by Party members and by teachers. Basically, anyone who can ensure the next generation does not step out of line.

It would have been easy to ignore the book form. Or left to collect dust on a shelf somewhere.

It’s an app whose daily use is required in order to keep your job. It means you need to be on it to keep a roof over your head, and food on your table.

The entire Chinese populace will have no choice but to absorb its content.

This is powerful and well thought out. And it has an incredible shot at working.

Brought to You by the Country That Banned Winnie the Pooh

The question of whether such an app – or even its content – is good or bad is not the issue.

The issue is the fact that China, of all countries, is the one implementing it.

And no one is talking about this in the Western world… yet.

Here are a couple of other ways China is “teaching” its citizens: 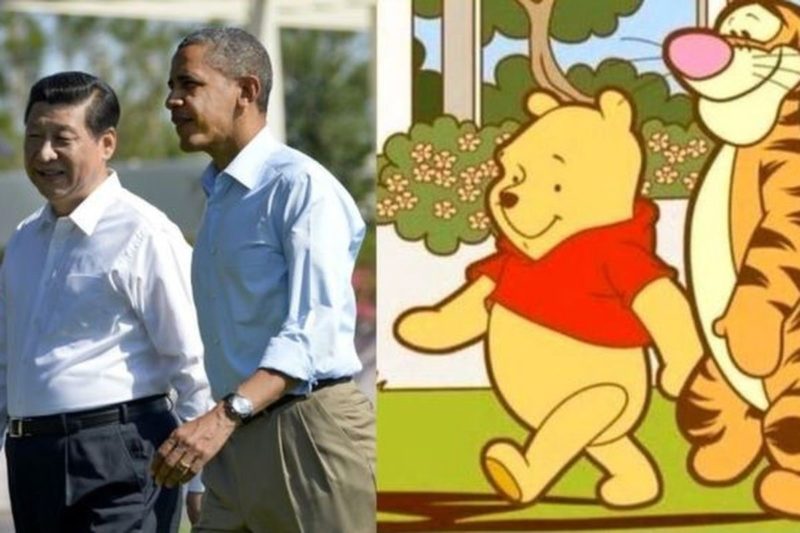 Above: the image that caused the movie “Christopher Robin” to get banned in China.

The long-term consequences of forcing more than a billion people to study the same material – no exceptions – should send shivers down anyone’s spine.

The fact that this is happening via the hands of a government like China’s is nothing short of terrifying.

It’s no longer just required submission to the Party line. It’s governmental control over every single aspect of public and private life.

China Will Become the World’s Largest Economy – But is it Ready for Center Stage?

Of course, China is not the only country in the world where the government attempts to influence the people.

The Political parties in control within the U.S. or Canada try. But they have never created a platform that has the potential to succeed at the goal such as what China has created.

The difference is – China is the world’s second largest economy…

Its GDP is projected to surpass the United States’ sometime in the 2020s.

The Chinese Yuan has the third largest weighting in the IMF’s world reserve currency basket.

China’s economic might is massive. It has been trying to build its soft power for years.

It both produces and consumes the most food of any country in the world.

Likewise, it tops or is near the top for both production and consumption of resources like gold, coal, copper, aluminum and iron ore.

It’s the world’s largest exporter of goods, ranging from clothing to industrial machinery to consumer electronics.

And when Canada drew China’s ire through the extradition case of Huawei executive Meng Wanzhou, China responded in a familiar manner.

Recently, China shut down imports of canola from one of Canada’s largest exporters.

Even so, the U.S. and Canadian governments refuse to back down.

The other countries of the world aren’t quite ready to roll over and play dead. Especially not for China.

But this is all part of the Chinese government’s long-term plan. They want the Yuan to be seen as an alternative to the U.S. Dollar as the global currency.

This move wouldn’t just give them greater global clout or support the economic reforms. It would allow them to spread their authoritarianism to the rest of the world… including the U.S.

China is doing many things right and nobody should underestimate their political ability.

More importantly, China has launched what may be the most powerful app ever created.

Are you prepared for a Little Red App in America?

The two blue apps – Facebook and Twitter – already have years of your data and behaviour on their servers.

You wouldn’t want to be influenced or indoctrinated unknowingly, would you?

This May Be The Most Important Book You Will Ever Read

A font of classical wisdom to help orient you through the various “isms” of modern life.