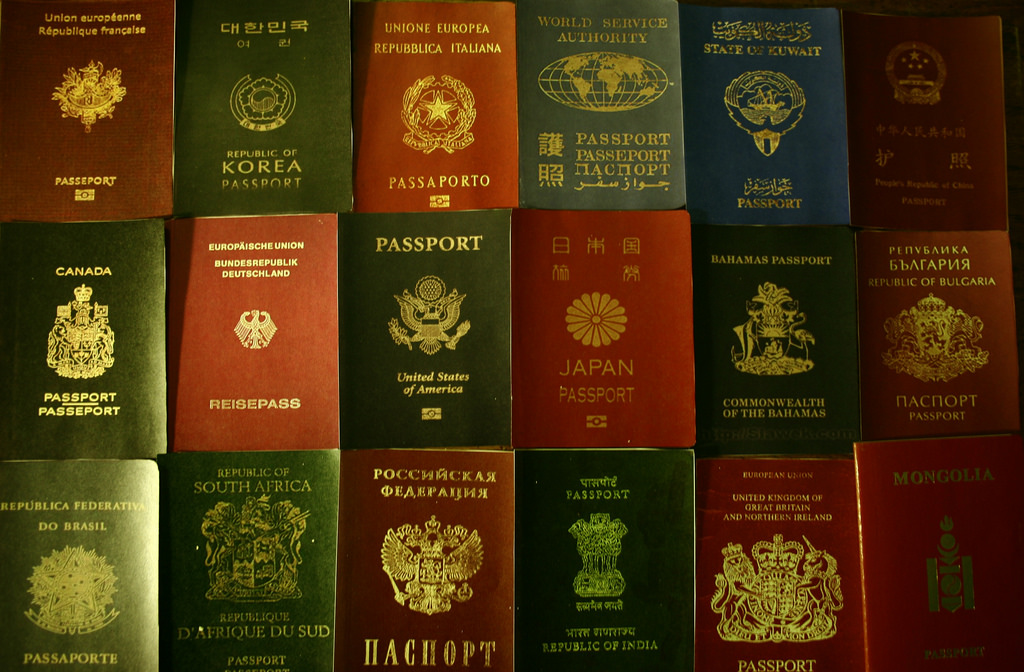 It’s an extremely potent weapon, yet most are not even aware of its existence.

That is, unless they have been unfortunate enough to be on the receiving end of it.

The weapon I’m referring to is travel controls, also known as people controls. It’s the power any government has to limit the ability of its citizens to travel. They do this by restricting the issuance of travel documents like passports.

Any government can use this weapon at a moment’s notice. It just needs to find a convenient pretext.

Many countries in the past have notoriously turned to people controls. For example, the Soviet Union would routinely revoke the citizenship of its perceived internal enemies.

In more recent times, we’ve seen how the Dominican Republic stripped tens of thousands of people of their citizenship with no due process. Or how the Syrian government previously refused to renew the passports of Syrians abroad whom it suspected of being associated with the opposition. Or how the US government revoked Edward Snowden’s passport with the stroke of a pen. These are but a few of countless examples.

The point here is not to pick good guys and bad guys. The point is that there are many instances throughout history and modern times that prove that you don’t own your own passport or citizenship… the government does. And they use them as a weapon.

If you hold political views that your government doesn’t like, don’t be surprised if they restrict your travel options.

Unfortunately, the situation is getting worse. Over the last couple of years, there have been several attempts to pass a bill that would make it easier for the US government to cancel the passport of anyone accused of owing $50,000 or more in taxes. I suspect that sooner or later Congress will pass this bill.

Fortunately, there is a way to protect yourself from these repressive measures. More on that in a bit, but first let’s look at the most common forms of travel controls.

Here are the three most common forms of the latter:

These include arbitrary fees and burdensome bureaucratic procedures. These measures amount to unofficial travel controls.

It’s similar to how FATCA works with money. FATCA doesn’t make it illegal to move capital outside of the US. But it achieves the same effect by imposing onerous regulations that can make it impractical.

In the same sense, the government could achieve de facto people controls through deliberately excessive rules and regulations.

Migration controls are official restrictions on the movement of a country’s citizens.

Sometimes governments will put restrictions on certain citizens from leaving the country. This is especially true during times of crisis and for those who have accumulated some savings.

Many people feel that they can simply wait till things get bad and then exit. But it’s likely the politicians will have slammed the door shut by then.

For example, after Castro came to power in Cuba, the government used to make its citizens apply for an exit visa to leave the island. They did not grant it easily.

This is the most severe form of people and travel controls.

Preventing people from leaving has always been the hallmark of an authoritarian regime. Unfortunately the practice is growing in so-called liberal democracies for ever more trivial offenses.

In the US, for example, the government can cancel your passport if they accuse you of a felony.

Many people think felonies only consist of major crimes like robbery and murder.

But that isn’t true.

The ever-expanding mountain of laws and regulations has criminalized even the most mundane activities. A felony is not as hard to commit as you might think. Many victimless “crimes” are felonies.

A study has found that the average American inadvertently commits three felonies a day.

So, if the US government really wants to cancel your US passport, it can find some technicality to do so… for anyone.

Here’s what my colleague and the always insightful Jeff Thomas has to say about travel controls:

As a country approaches an economic collapse, a crystal ball is not necessary to predict that, amongst the actions of the government, will be increased currency controls, travel controls, tariffs, and a host of other last-ditch efforts to keep the sheep penned in – to assure their presence for a final shearing.

What remains for the reader to determine, if he is a resident of one of the nations that is presently in decline, is whether he: a) believes that, in the future, his ability to travel internationally may be either restricted or prohibited; and b) whether he should take steps to assure his liberty for the future. If so, it might be wise to do so before he actually has lost his ability to travel.

If you have only one passport, you’re vulnerable to travel controls.

I think it’s absolutely essential to obtain the political diversification benefits of having a second passport. You’ll protect yourself against travel controls. You’ll give yourself peace of mind knowing that you will always have options.

Among other things, having a second passport allows you to invest, bank, travel, reside, and do business in places that you could not before.

I believe obtaining a second passport makes sense no matter what happens.

The level of governmental dominance now exists to such a degree that literally everyone is a criminal, whether they know it or not.