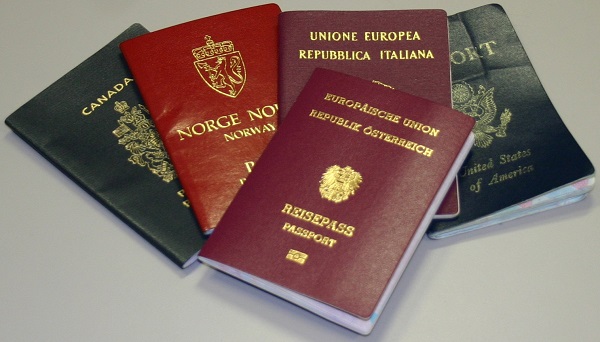 Before World War I, you didn’t need a passport for international travel.

People simply went wherever they wanted. In many cases, they didn’t need any kind of permission from a government agency.

Obviously, that’s not how it works today.

Today, governments use passports to document and control their citizens. In my view, the world would be better off without them.

Of course, passports are not going away. You will continue to need one to travel. This is why you’re better having more than one.

A second passport keeps the government from locking you in. Without it, the government in your home country can effectively place you under house arrest by taking back your passport.

Among other things, having a second passport allows you to invest, bank, travel, live, and do business in places you wouldn’t otherwise be able to.

Obtaining a second passport is a fundamental step toward freeing yourself from absolute dependence on any one country. Once you have that freedom, it’s much harder for any government to control your destiny.

No matter where you live, you can benefit from the political diversification that comes with a second passport.

Here are the top seven reasons why everyone needs a second passport.

A second passport unlocks the door to international financial services. This is especially true for Americans. U.S. regulators have a long reach. This is why many, but not yet all, foreign financial institutions now turn away anyone who presents a U.S. passport. To be a welcome customer, you need a passport from a different country.

Say your home government has a bad habit of sticking its nose in other nations’ internal affairs. This could make you a target if you happen to be in the wrong place at the wrong time, like the next time ISIS radicals decide to attack a public area.

There are, of course, passports with minimal risk of foreign policy blowback. When was the last time you heard of anyone targeting Swiss passport holders or rounding up Uruguayans?

Applying for a visa before a trip is a real hassle. It can be frustrating, time-consuming, and expensive.

A good second passport gives you visa-free access to more countries than you had before.

Take Paraguay, for example. It’s one of the easiest countries in the world to obtain a second passport from. A passport from Paraguay lets you travel visa-free to 123 countries, including most of Latin American and much of Europe.

A second passport can also come in handy when your home government starts restricting where its citizens can go. For example, after Castro came to power in Cuba, the government used to make its citizens apply for an exit visa to leave the island. It did not grant them easily.

Preventing people from leaving has always been the hallmark of an authoritarian regime. Unfortunately, the practice is growing in so-called liberal democracies for ever more trivial offenses. In the U.S., for example, the government can cancel your passport if they accuse you of a felony. They don’t even need to convict you.

Many people think felonies only consist of major crimes like robbery and murder.

But that isn’t true.

The ever-expanding mountain of laws and regulations has criminalized even the most mundane activities. It’s not as hard to commit a felony as you might think. Many victimless “crimes” are felonies.

So, if the U.S. government really wants to cancel your U.S. passport, it can find some technicality for doing so…for anyone. That, of course, is not unique to the U.S. government. Any government can revoke or cancel the passport of its citizens for any reason it sees fit.

Having a second passport dilutes this power.

Reason #5: You Don't Have to Live Like a Refugee

A second passport is mobility insurance for you and your family. Regardless of how bad the economic or political situation might get in your home country, a second passport gives you the legal right to live and work elsewhere. It guarantees that once you get out of Dodge, you won't have to live like a refugee.

In all likelihood, you will need a second passport if you decide to take the drastic step of renouncing your citizenship. This could give you huge tax and regulatory benefits if your home country burdens its citizens with suffocating and inescapable taxes…as the U.S. does.

Once you obtain a second passport, the political diversification benefits will last for generations. You will be able to pass on multiple citizenships to your future children and grandchildren.

Not Easy, but Necessary

Unfortunately, no path to a legitimate second passport is at the same time fast, easy, and inexpensive.

However this does not make a second passport any less crucial.

Today, the government is the biggest threat to your personal freedom and financial security. And the risks it poses are only growing amid skyrocketing government debt. At some point, politicians will inevitably try to further restrict the movement of citizens in a desperate attempt to squeeze them for every penny.

You may have noticed there’s a lot of misinformation out there about second passports. Following bad advice can create significant problems and limit your options. Your goal should be the opposite: Minimizing problems and expanding your options.

In these shark-infested waters, it’s essential to have a trusted resource with reliable information. That’s where International Man comes in. We can show you how to get started.

You can get our comprehensive guide on how to get the best second passports by clicking here to download the PDF.