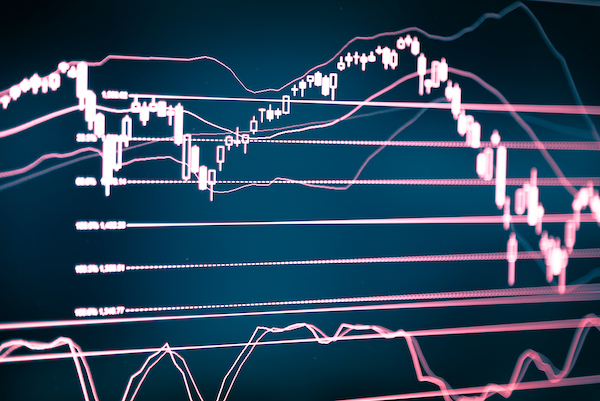 Among all the financial market distortions and misallocations that result from the Fed’s money-pumping policies, we are hard pressed to think of something stupider and more counterproductive than negative real yields on junk bonds.

The historic yield spread over inflation of riskiest US company securities has ranged between 500 and 1,000 basis points (5–10%) or more. And for the good reason that in combination, inflation and defaults always eat deeply into the coupons so as to remind investors why it is called “junk.”

By the eve of the Great Recession in November 2007, the junk yield had fallen to 9.15% but that still represented a healthy spread of 478 basis points over the CPI, which had increased to 4.37% during the prior 12 months.

But those spreads self-evidently were not enough when the economy plunged into the tank during 2008–2009.

The reason the spread went nearly parabolic during the Great Recession is that the price of junk bonds collapsed by 26% as investors and speculators dumped them in the face of soaring losses and issuer bankruptcies that topped all previous cyclical highs (dotted line).

Needless to say, the Fed was not about to let Mr. Market have its way, nor honest price discovery to win out in the bond pits.

After the massive money-pumping under Bernanke, the spread was back down to about 490 basis points. And from there it continued lower in herky-jerky fashion throughout the subsequent so-called recovery, until it reached just 290 basis points at the pre-COVID peak in February 2020.

The rationalization for that renewed spread compression was that junk bond losses fell substantially and steadily during the course of the recovery. What is not mentioned is that the overwhelming reason for the decline in defaults and losses was the magic of Wall Street’s cheap debt-fueled refi machine.

Like home mortgages during the three- or four-year runup to the 2007 housing crash, junk borrowers who were in trouble or heading there got refinanced at lower rates before they showed up as a Chapter 11 filing.

Needless to say, when the combination of yields after inflation and a historic realized-loss rate of about 3.0% (after recoveries from a 4.2% initial default rate) hit essentially zero, the Fed was already deep in the zombie breeding business.

When you give junk rated companies long-term capital at essentially a zero return to investors, you are going to get a lot of demand to feed a mushrooming herd of zombies — companies that would otherwise be liquidated and their resources redeployed more productively on an honest free market.

Still, the Fed was not done by any means.

Owing to its $4.5 trillion money-printing spree since September 2019, it has essentially destroyed after-inflation returns in the sovereign debt and investment grade sectors. So in desperate search for yield, investors (speculators) have plowed into the junk bond market, driving yields below 4% recently.

These fools have driven the junk bond yield to a negative 100 basis points (1%) after inflation, and it will be going deeper into the red from there. 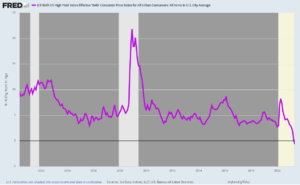 In a world of sound money and honest price discovery in the bond pits there wouldn’t be any appreciable junk bond market at all.

Companies with truly risky but worthy investment projects would sell equity, and investors looking for reliable yields would have plenty of government and investment grade corporate bonds with adequate risk-adjusted returns to choose from.

Has the Fed taken notice of the fact that the growth capacity of the US economy is being steadily eroded by the rise of a herd of corporate zombies?

Needless to say, it has not — not in the slightest.

Yet when the next junk market meltdown sends zombies stampeding toward the Chapter 11 courts, it will be totally surprised… and then prescribe another round of the kind of deadly money-pumping that already imperils capitalist prosperity.

Editor’s Note: Did you know that that United States government has unleashed the most dangerous experiment in its entire history?

In fact, what’s been unleashed is trillions of dollars of stimulus with no end in sight.

When any government goes on an uncontrollable money printing spree it impacts everyone.

That’s precisely why, NY Times best selling author Doug Casey just released this urgent new video on the biggest imminent threat and what you can do about it.