Now to gratify the Druids among you.

Soil exhaustion, deforestation, and pollution—which abetted plagues—were problems for Rome. As was lead poisoning, in that the metal was widely used for eating and drinking utensils and for cookware. None of these things could bring down the house, but neither did they improve the situation. They might be equated today with fast food, antibiotics in the food chain, and industrial pollutants. Is the U.S. agricultural base unstable because it relies on gigantic monocultures of bioengineered grains that in turn rely on heavy inputs of chemicals, pesticides, and mined fertilizers? It’s true that production per acre has gone up steeply because of these things, but that’s despite the general decrease in depth of topsoil, destruction of native worms and bacteria, and growing pesticide resistance of weeds.

Perhaps even more important, the aquifers needed for irrigation are being depleted. But these things have all been necessary to maintain the U.S. balance of trade, keep food prices down, and feed the expanding world population. It may turn out, however, to have been a bad trade-off.

I’m a technophile, but there are some reasons to believe we may have serious problems ahead. Global warming, incidentally, isn’t one of them. One of the reasons for the rise of Rome—and the contemporaneous Han in China—may be that the climate cyclically warmed considerably up to the 3rd century, then got much cooler. Which also correlates with the invasions by northern barbarians.

Economic issues were a major factor in the collapse of Rome, one that Gibbon hardly considered. It’s certainly a factor greatly underrated by historians generally, who usually have no understanding of economics at all. Inflation, taxation, and regulation made production increasingly difficult as the empire grew, just as in the U.S. Romans wanted to leave the country, much as many Americans do today.

I earlier gave you a quote from Priscus. Next is Salvian, circa 440:

But what else can these wretched people wish for, they who suffer the incessant and continuous destruction of public tax levies. To them there is always imminent a heavy and relentless proscription. They desert their homes, lest they be tortured in their very homes. They seek exile, lest they suffer torture. The enemy is more lenient to them than the tax collectors. This is proved by this very fact, that they flee to the enemy in order to avoid the full force of the heavy tax levy.

Therefore, in the districts taken over by the barbarians, there is one desire among all the Romans, that they should never again find it necessary to pass under Roman jurisdiction. In those regions, it is the one and general prayer of the Roman people that they be allowed to carry on the life they lead with the barbarians.

One of the most disturbing things about this statement is that it shows the tax collectors were most rapacious at a time when the Empire had almost ceased to exist. My belief is that economic factors were paramount in the decline of Rome, just as they are with the U.S. The state made production harder and more expensive, it limited economic mobility, and the state-engineered inflation made saving pointless.

This brings us to another obvious parallel: the currency. The similarities between the inflation in Rome versus the U.S. are striking and well known. In the U.S., the currency was basically quite stable from the country’s founding until 1913, with the creation of the Federal Reserve. Since then, the currency has lost over 95% of its value, and the trend is accelerating. In the case of Rome, the denarius was stable until the Principate. Thereafter it lost value at an accelerating rate until reaching essentially zero by the middle of the 3rd century, coincidental with the Empire’s near collapse.

What’s actually more interesting is to compare the images on the coinage of Rome and the U.S. Until the victory of Julius Caesar in 46 BCE (a turning point in Rome’s history), the likeness of a politician never appeared on the coinage. All earlier coins were graced with a representation of an honored concept, a god, an athletic image, or the like. After Caesar, a coin’s obverse always showed the head of the emperor.

It’s been the same in the U.S. The first coin with the image of a president was the Lincoln penny in 1909, which replaced the Indian Head penny; the Jefferson nickel replaced the Buffalo nickel in 1938; the Roosevelt dime replaced the Mercury dime in 1946; the Washington quarter replaced the Liberty quarter in 1932; and the Franklin half-dollar replaced the Liberty half in 1948, which was in turn replaced by the Kennedy half in 1964. The deification of political figures is a disturbing trend the Romans would have recognized.

When Constantine installed Christianity as the state religion, conditions worsened for the economy, and not just because a class of priests now had to be supported from taxes. With its attitude of waiting for heaven and belief that this world is just a test, it encouraged Romans to hold material things in low regard and essentially despise money.

Today’s Christianity no longer does that, of course. But it’s being replaced by new secular religions that do.

Editor's Note: Most people have no idea what really happens when a government goes out of control, let alone how to prepare…

How will you protect yourself in the event of a crisis? Doug Casey and his team just-released PDF guide Surviving and Thriving During an Economic Collapse will show you exactly how. Click here to download the PDF now.

Editor’s Note: After 40 years, Doug Casey is doing something for the first time ever…

“I’ve made so much money with this method, I can’t even remember the exact numbers anymore,” he says in this urgent new briefing.

Over the years, Regis Philbin… Maury Povich… and Merv Griffin have all tried and failed to get Doug to talk about his method.

Even Time magazine… Forbes… and The Washington Post have tried to get Doug to talk about his unique way of choosing small-cap gold stocks.

But right now – because of the ongoing gold mania – Doug has finally agreed to open up in public and walk you through the full method, here.

In fact, he’s sharing a first-ever BUY LIST, showing you exactly which gold stocks you should buy right now… beginning with a 60-cent stock we urge you to consider before the share price takes off.

This year alone – he’s invested over $1 million of his money into gold stocks using the method he’s sharing today.

All the details are in Doug's new video, which you can watch by clicking here. 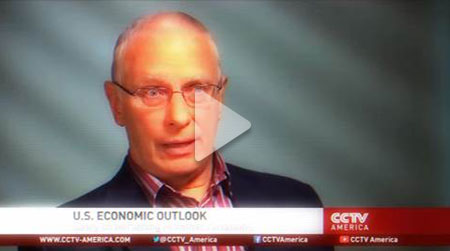