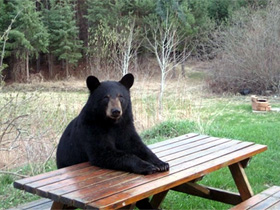 Good advice, that. They seem nice enough, but they can be dangerous.

For many years, I (along with other gold bugs) was looked upon as a bit of a joke for “wasting” my investment capital on yellow metal. The reasoning was sound: gold pays no dividends, it’s difficult to store, and physical gold can’t be sold like stocks at a moment’s notice. All true.

However, following the crash of 2007, some gold bears began to pay a bit more attention to gold and even buy in to a small extent. Since that time, the popularity of gold has been, generally speaking, on the increase. Those of us who have been at it for a long time have become accustomed to having former naysayers ask us questions about the mysterious yellow metal, almost as if it has some sort of ‘magic‘ attached to it that allows it to improve in value when other investments are headed south. Although the principles behind its rise are simple enough, many former doubters don’t seem to be interested in learning these principles; they just want to be told what to buy and when.

Why should this be so? My guess is that they may well have spent their investment lives until now asking their guru (their broker) what to buy, and have blindly followed that advice. We have simply become the replacement gurus. Therefore, these new buyers are often people who are not seeking an understanding of their investment; they simply want the swami to point the way as they collect the profits. Very shortsighted.

These folks are not gold bears that have become gold bulls. These are merely speculators seeking the next score, no matter where it may lie.

If you have been in the gold market since before the 2007 crash, it is likely that you have friends and associates who are now seeking advice on gold investment. This comes as a pleasant change, and you offer them advice. However, some of those who have bought gold on your recommendation assume that whenever a correction is likely, you somehow owe it to them to go round to their houses like a modern-day Paul Revere and cry, “A correction is coming! A correction is coming!” This was evident recently, when gold rose to $1900, then corrected. Newbie gold investors were bemoaning the fact that their gold now had a lower value.

A comment I received from one such newbie went as follows: “Gold has dropped to $1700. I’ve lost $200 per ounce since the peak. If it goes to $1600, I’m selling.” I advised him that that was not only the wrong thing to do, it was the exact opposite of the right thing to do. “If you anticipate a correction, you may wish to sell a portion of your holdings now, then buy back in when the bottom of the correction has been reached and gold is moving up again. But if you miss the correction, you hold until the next rise.” “Yeah, but maybe gold is over. Maybe it’s headed to a thousand or less.” “No, it’s headed up; just not all in one go.”

You may, at this point, remind them that you had told them at the time that being in the market requires constant study, to anticipate the inevitable fluctuations, but saying this is a waste of time. At this point, your friend has decided that you are a “failed guru” and will seek out the next one in line. Worse, he may well return to his broker, who will tell him, “I told you so. You need to be in mutual funds.”

We all would like to help our friends. We especially would like to help those who don’t seem to be able to make sensible decisions on their own. But, unfortunately, we cannot hand them the golden key that they are seeking. Many investors are of the mind-set that investment is like being in a large train station: where we simply have to figure out which is the Success Train and hop on board. If this is our friend’s belief, there is not much we can do for him. Other friends are “perma-bears”, who will never understand why the archaic form of wealth still has a value, and will simply stay away from it, no matter what. Neither of these types of people can be aided a great deal.

What we can do is to try to educate our friends, and when they ask us if it is time to buy, say to them, “Have you done the studying I recommended? Have you read the publications I suggested? If so, then you already have an opinion as to whether to buy. If not, you’re not educated enough to be in the game.”

It’s very flattering when our friends think that we have a magic wand that will make money for them, but it’s a mistake to tell them when to buy and when to sell. I regularly tell friends and associates that I am not an investment counsellor. Even though I haven’t advised them, I still occasionally receive accusations of having lost their money. They chose to mimic my activities and assumed that that would suffice. It did not.

To repeat the first line in this article: “Don’t feed the bears. They seem nice enough, but they can be dangerous.”