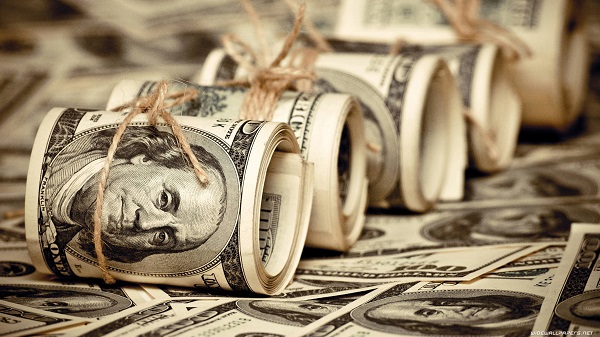 Because of the trillions of currency units that governments all over the world have created since the start of the crisis in 2007 financial assets are grossly overpriced. Stocks, bonds and property are no bargains. Meanwhile, real wages are slipping rapidly among those who are working, and—regardless of what official figures say—a large portion of the population is unemployed or underemployed. The next chapter in this sad drama will include a rapid rise in consumer prices.

We are in a financial no-man’s land. What you should do about it presents some tough alternatives. “Saving” is compromised because of depreciating currency and artificially low interest rates. “Investing” is problematical because of a deteriorating economy, unpredictable and increasing regulation, rising interest rates and wildly fluctuating prices. “Speculation” is the best answer. But it may not suit everyone as a methodology.

There are, however, several other alternatives to dealing with the question “What should I do with my money now?”—active business, entrepreneurialism, innovation, “hoarding” and agriculture. There’s obviously some degree of overlap with these things, but they are essentially different in nature.

Few large fortunes have been made by investing. Most are made by creating, building and running a business. But the same things that make investing hard today are going to make active business even harder. Sure, there will be plenty of people out there to hire—but in today’s litigious and regulated environment, an employee is a large potential liability as much as a current asset.

Business itself is seen as a convenient milk cow by bankrupt governments—and it’s much easier to tap small business than taxpayers at large. Big business (which I’ll arbitrarily define as companies with at least several thousand employees) actually encourages regulation and taxes, because their main competition is from small business—you—and they’re much more able to absorb the cost of new regulation and can hire lobbyists to influence its direction. Only a business that’s “too big to fail” can count on government help.

It’s clearly a double-edged sword, but running an active business is increasingly problematical. Unless it’s a special situation, I’d be inclined to sell a business, take the money, and run. It’s Atlas Shrugged time.

An entrepreneur is “one who takes between,” to go back to the French roots of the word. Buy here for a dollar, sell there for two dollars—a good business if you can do it with a million widgets, hopefully all at once and on credit. An entrepreneur ideally needs few employees and little fixed overhead.

Just as a speculator capitalizes on distortions in the financial markets, an entrepreneur does so in the business world. The more distortions there are in the market, the more bankruptcies and distress sales, the more variation in prosperity and attitudes between countries, the more opportunities there are for the entrepreneur.

The years to come are going to be tough on investors and businessmen, but full of opportunity for speculators and entrepreneurs. Keep your passports current, your powder dry, and your eyes open. I suggest you reform your thinking along those lines.

The two mainsprings of human progress are saving (producing more than you consume and setting aside the difference) and new technology (improved ways of doing things).

Innovation takes a certain kind of mind and a certain skill set. Not everyone can be an Edison, a Watt, a Wright or a Ford. But with more scientists and engineers alive today than have lived in all previous history put together, you can plan on lots more in the way of innovation.

What you want to do is put yourself in front of innovation; even if you aren’t the innovator, you can be a facilitator—something like Steve Ballmer was to Bill Gates. It will give you an excuse to hang out with the younger generation and play amateur venture capitalist.

This argues for two things. One, reading very broadly (but especially in science), so that you can more easily make the correct decision as to which innovations will be profitable. Two, building enough capital to liberate your time to try something new and perhaps put money into start-ups.

In the days when gold and silver were money, “saving” was actually identical with “hoarding.” The only difference was the connotation of the words.

Today you can’t even hoard nickel and copper coins anymore because (unbeknownst to Boobus americanus) there’s very little of those metals left in either nickels or pennies—both of which will soon disappear from circulation anyway.

Dismissing the foolish and anachronistic idea of saving with dollars in a bank—what can you save with, other than metals? The answer is “useful things,” mainly household commodities. I’m not sure exactly how bad the Greater Depression will be or how long it will last, but it makes all the sense in the world to stockpile usable things, in lieu of monetary savings.

The things I’m talking about could be generally described as “consumer perishables.” Instead of putting $10,000 extra in the bank, go out and buy things like motor oil, ammunition, light bulbs, toilet paper, cigarettes, liquor, soap, sugar and dried beans. There are many advantages to this.

Taxes – As these things go up in price and you consume them, you won’t have any resulting taxes, as you would for a successful investment. And you’ll beat the VAT, which we’ll surely see.

Volume Savings – When you buy a whole bunch at once, especially when Walmart or Costco has them on sale, you’ll greatly reduce your cost.

Convenience – You’ll have them all now and won’t have to waste time getting them later. Especially if they’re no longer readily available.

There are hundreds of items to put on the list and much more to be said about the whole approach. The idea is basically that of my old friend John Pugsley, which he explained fully in his book The Alpha Strategy. Take this point very seriously. It’s something absolutely everybody can and should do.

During the last generation, mothers wanted their kids to grow up and be investment bankers. That thought will be totally banished soon, and for a long time. I suspect farmers and ranchers will become the next paradigm of success, after being viewed as backward hayseeds for generations.

Agriculture isn’t an easy business, and it has plenty of risks. But there’s always going to be a demand for its products. Margins are low or non-existent at the moment. Corn, soy, coffee, cotton and other agricultural commodities are currently selling for less than their costs of production. Which is unsustainable. Which means bargains are available now. And eventually margins will go way up. There’s still plenty of potential farmland around the world that’s wild or fallow, but politics is likely to keep it that way. Population won’t be growing that much (and will be falling in the developed world), but people will be wealthier and want to eat better. So you want the kind of food that people with some money eat.

That said, I’m not crazy about commodity-type foods, like wheat, soy and corn; these are high-volume, industrial-style foods, subject to political interference. And they’re not important as foods for wealthy people, which is the profitable part of the market. Niche markets with niche products are the way to fly.

I suggest up-market specialty products—exotic fruits and vegetables, fish, dairy and beef. The problem is that in “advanced” countries—prominently including the U.S.—national, state and local governments make the small commercial producers’ lives absolutely miserable. Maybe you can grow stuff, but it’s extremely costly in terms of paperwork and legal fees to sell, especially if the product is animal based—meat, milk, cheese and such. Niche foods are, however, potentially a very good business. Eternal optimist that I am, I see one of the many benefits of the impending bankruptcy of most governments as again making it feasible to grow and sell food locally.

Above all, though, this isn’t the time for business as usual. You’ll notice that “Working in a conventional job” didn’t occur on the list above. And I pity the poor fools working for some corporation, hoping things get better.

Editor’s Note: A severe financial hurricane far greater than what we’ve seen in 2007 is on the horizon. And most investors won’t be prepared for what’s coming. That’s why Doug Casey and his team have prepared a timely video that addresses the coming crisis and what you could do to protect yourself. Click here to watch it now.