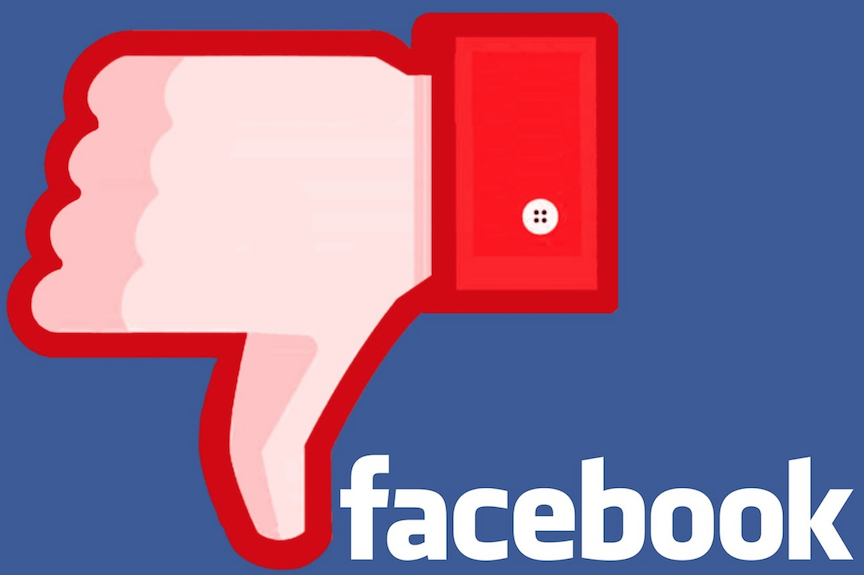 Joel Bowman: G’day, Doug. Thanks for speaking with us today.

Doug Casey: No problem, Joel. It’s a pleasure to hear your Australian accent come across the ether from Mexico.

Joel: Let’s dive right in. A week or two ago, Facebook registered the largest single day loss for any one company in stock market history – roughly $122 billion. CEO Mark Zuckerberg lost around $15 billion himself, as much as the annual GDP of several resource-rich, West African nations.

Looking back to 2000, during the go-go days of the dot.com boom, Intel and Microsoft both registered staggering single-day losses, too… $90 billion and $80 billion, respectively. And we know what happened next in that case...

So, investors want to know… is past prologue? What’s next for Silicon Valley’s tech darlings?

Doug: Talking about losing multiple billions in a single day, it’s really a sign of the times. I remember when the only billionaires in the world were Howard Hughes, J Paul Getty and John Beresford Tipton-- the mythical billionaire on a 1950’s-era show called “The Millionaire.”

These days, however, it seems everyone’s a billionaire. In fact, there are several thousand billionaires roaming the planet today, with new ones being minted almost every day.

Of course, much of this so-called wealth is just paper. It’s not real. In fact, it’s pretty clear to me that we’re in a stock market bubble. Which is being driven by the bond market hyper-bubble. And that, in turn, is fueling a real estate bubble, which I believe is just now beginning to deflate in major cities around the world.

None of this augurs well for the stock market. You’ve got bubbles all over the place. Except in the resource market. That’s the one place that hasn’t inflated. In fact, it’s been going down since it’s last peak in 2011.

Getting back to Facebook, I hope it goes bankrupt. I hate it as an institution. I hate what it does. I don’t like its policies. I don’t like its management. I don’t like the fact that it’s causing people to destroy whatever privacy they have left. While turning their brains to mush sending out selfies all day.

Joel: You’ve put a lot on the table there, Doug. Let’s unpack a bit of that, starting with the general tendency toward cerebral rot…

Many younger readers may not remember this, but there actually existed a time before everybody knew everything, when people had to read books and discuss them, engage in healthy debate and rigorous dialectic in order to learn and develop intellectually.

Now that everyone apparently has plenty of time to Instagram their kale salads and “like” one and other’s cat pictures, are we to assume mankind has finally reached the End of Learning…some new Age of Enlightenment?

Or might Facebook and its (anti)social media cousins represent – in addition to the potential fallout for investors – another, hidden cost to society?

Doug: Perhaps humanity is bifurcating into the Morlocks and the Eloi at this point. It’s true that people used to go to libraries. But even the Library of Congress has only a tiny fraction the world’s data available; libraries are quaint and delightful, but they’re dinosaurs.

All the knowledge in the world is now at our fingertips on the Internet. The Internet is one of the greatest inventions in history, on a par with moveable type and the Gutenburg printing press. A few people are using it to educate and better themselves—but relatively few.

Most people just use it for trivial amusement, as you mentioned. Facebook adds very little value to the equation. In fact, I can’t see that it does much that’s productive. It’s basically a vehicle for gossip and watching cat videos.

Joel: And it’s less than that. Aside from the general degradation of public discourse, social media also represents a kind of unalterable historical record of bad jokes and regrettable moments, accessible to anyone who may wish to besmirch one’s character or skittle one’s reputation.

We’ve all said things we wish we hadn’t. To err is to be human, after all. What do you make of a world in which everyone’s worst moments are readily available to everyone else – including potential enemies – at the click of a mouse?

Doug: Facebook enshrines stupidity. A heavy Facebook user is, in effect, saying: “Look at me! I’m a thoughtless person who doesn’t have anything better to do with his time”. That’s on top of the fact that users are exposing their thoughts, actions, and whereabouts to the NSA, the FBI, the CIA and any of a hundred other nefarious agencies. In fact, there are credible allegations that Facebook, along with Google and Amazon, are willing tools of these intelligence agencies. No good can come of being a Facebookista.

Facebook was a clever innovation ten years ago. But you know, there’s an old saying in the stock market: High Tech, Big Wreck!

Just as Myspace was displaced by Facebook, I predict Facebook 2.0 will come along and replace Facebook. My understanding is that kids now see Facebook as something used by old people-- people over 21 years of age. So if it’s going nowhere with the younger generation, where’s it’s future? Maybe it picks up a billion new users in the Third World. Ultimately, what’s that worth?

Facebook may not be a terminal short sale, but I certainly won’t be putting any of my own money into the stock.

Joel: Assuming you’re correct and Facebook 2.0 does displace the current market leader, are you hopeful that such a platform may serve to promote a heightened level of discourse? Perhaps people might find their way into “phyles,” that is, subgroups based on commonly shared values that actually have real world meaning?

Doug: I hope that, in a year or two, International Man itself grows into a community of likeminded people with above average I.Q.s, libertarian values, and real world experience. IM might, itself, even branch off to become its own kind of Facebook. A private version.

I know there’s a lot of talk about regulating FB, or breaking it up. That’s a bad idea; the government should have zero to do with business in general—and areas related to free speech in particular. I’m disgusted by the fact FB has kicked Alex Jones and others off their platform. But they have a right to do so, as a private company. Although, on the other hand, they’re almost a creature of the State.

But that’s not an excuse for the government to “step in”. What will happen is that a newer, better Facebook lookalike—or a dozen of them—will replace them. FB will self-destruct. It’s a non-problem.

To be frank, you and I don’t really have that much in common with most of the 7.3 billion people on this planet. In fact, while I like many individual humans, I despise humanity in general. The more people you put together in a group, the more they act like chimpanzees. Big groups force down the lowest common denominator.

There’s some cause for optimism, but only on a person-to-person basis. I prefer the company of people who value free minds and free markets—and I suspect most people who are reading this now feel the same way.

Joel: That’s probably a very good note to end this conversation on, Doug. Thanks, as always, for taking the time.

Doug: Meanwhile, we’ll look for something with the potential of Facebook in 2008… and stay away from Facebook today.