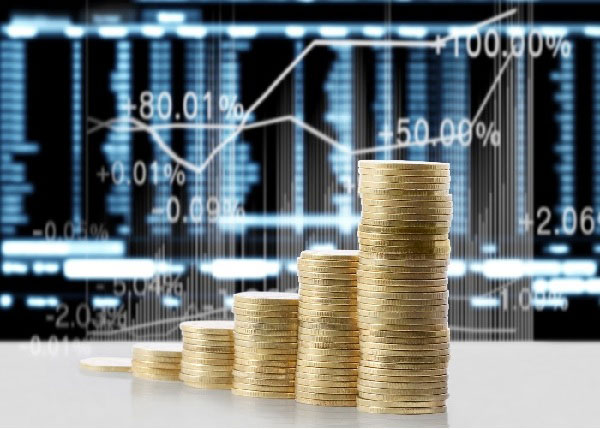 It’s a good idea to keep the Big Picture in mind, even while going about business as usual. Here’s a very brief overview, going from 30,000 feet right down into the trenches.

My view of the economy has always been long term—perhaps overly so. The Ascent of Man started about 14,000 years ago at the end of the last Ice Age; it’s going to continue for two reasons: First, not only have science and technology been compounding at an accelerating rate since Day One. But there are now more scientists and engineers alive than have lived in all previous history combined. That will likely remain true for some time to come. Second, much like a squirrel that knows winter is coming, the average human is genetically programmed to produce more than he consumes and tries to save the difference. That builds capital. So the world naturally tends to get richer.

Meanwhile, the biotech revolution—just one of a half-dozen areas where technology is advancing at the rate of Moore’s Law—may allow you to live a very long time. Things look very rosy on some fronts.

On the other hand, Western Civilization has been in decline since about 1913, and its descent is accelerating. The US peaked relative to other countries in the mid-‘50s, started declining in the early ‘70s, and is now moving into an existential crisis. So maybe the long term isn’t so rosy after all. The rising tides that have floated all ships for the past few centuries appear to be going out.

Even though that’s the case, and Western Civilization is sinking, we’re in a financial bubble of historic proportions. Far bigger than the bubble that burst in 1929. And because every State in the world is vastly more powerful than it was in those days, and the public has learned to demand far more from them, the Greater Depression will be far worse, far different, and far longer lasting than the unpleasantness of 1929-1946.

The bad news? The Greater Depression is long overdue. The good news? We’ll get to find out the details quite soon, and get to live in even more interesting times.

Keep the analogy I’ve made about an economic hurricane in mind. We entered the leading edge of the storm in 2007, went through it in ‘08 and ‘09, and have been in the eye since 2010. Governments have papered over the problem by reducing interest rates, creating boatloads of new credit and debt, and bailing out financial dinosaurs. But as we go into the trailing edge those gimmicks have been exhausted. The whole system will have a complete reset.

What should you do now to prepare for this eventuality—assuming you accept my reasoning (which is explained in detail in past issues)? Let me sum it up in the briefest, broadest way possible.

Here’s the general situation with what can be considered the six main asset classes. All of them have significant risks today. I don’t say that as a wishy-washy disclaimer. I say it because the whole financial and economic edifice is built on quicksand. There are very serious systemic risks. I’m not talking about minor fluctuations, or a passing bear market in one thing or another.

There’s going to be much less stability of any kind—political, social, economic or financial—in the years to come.

With that in mind, here are a few thoughts on specific investments and speculations. Most of the following are high potential speculations. I’m involved in most personally. In today’s world, “investment” is increasingly risky. Speculation is becoming increasingly necessary.

This list of do’s and don’ts might seem too general to offer a real edge in the markets. But, it’s far more important than fleeting details about the latest fad.

This is the fifth decade I’ve been actively investing. Through the ups and downs of many different markets one thing is clear. Being in the sectors that are rising, while they’re rising, is the key to consistently making money. Volatility is not necessarily your enemy; it can be your best friend.

Likewise sectors in decline, like bonds today for example, make it hard for even the brightest investor to consistently make money. So, stick with the winners.

With that in mind, keep your investment decisions focused on the big picture. You’ll avoid a lot of stress and over time probably make a lot more money.

Editor’s Note: As Doug says, America is in the midst of a severe financial hurricane…and it will be far more serious than what we saw a decade ago. Most investors aren’t prepared for what’s coming. But Doug knows how to turn these types of situations into huge profits.

Doug’s forecasts helped investors prepare and profit from: the S&L blowup in the ’80s and ’90s, the 2001 tech stock collapse, the 2008 financial crisis, and now…he’s sounding the alarm about a catastrophic event.

Doug Casey and his team just released an urgent video on surviving and thriving during an economic collapse. Click here to watch it now.