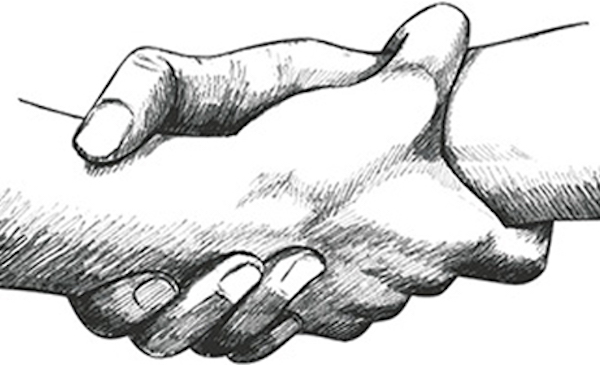 Doug Casey’s Note: Matt Smith is a friend of many years now. A first rate businessman and general stand-up guy. I’ve found we think very much alike on almost everything. It was only last week we were discussing (by phone, since I’m currently in Uruguay), what the consequences of “The Virus” might be.

What follows is excellent advice. And we’re just starting to see the secondary and tertiary knock-on effects of this hysteria…

We could have done better preparing. We could have responded quicker, communicated better, and pointed fingers less.

None of that matters now.

We need to put that behind and focus on the coming weeks and months. Hopefully you’ve taken some action to physically prepare yourself.

Now it’s time to get your head on straight. You need to get mentally ready for what’s coming.

The stoic philosopher Epictetus encourages us to use negative visualization to mentally prepare ourselves for the hardships in life. Focusing on the negative goes against our “living your best life” culture. But, it works.

And it’s a tool you’re going to need.

By negatively visualizing the worst outcomes, you prepare yourself to stand up when the world needs you.

The Hardships We Must Face

So let’s focus on some of those negative things for a moment. To some degree, these things will impact your life. There’s no way out. There is only through.

So that’s the bad news. Or at least part of it. This sucks. But, this is where we are.

The stoics tell us that we should sit and visualize the specific negative outcomes. We should imagine the details. Imagine your mother doesn’t make it. Imagine your son must grow up without her father. Imagine, you lose your job or your once thriving business is erased from existence.

Seeing the worst doesn’t mean you’re resigning your fate to it. In fact, it’s the opposite. By seeing the worst, you won’t bury your head in the sand need to run from it in fear.

Everyone I know wants their life to mean something. This is our chance. It’s not like we imagined, but it’s here in front of us.

Get ready. The world is about to need you.

Editor’s Note: International Man is all about helping you make the most of your personal freedom and financial opportunities around the world.