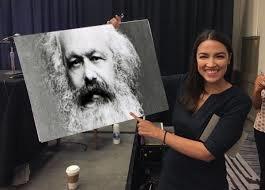 Thomas Hobson owned a large stable of horses in Cambridge, England in the early seventeenth century. As he had some forty horses in his stable, prospective customers assumed that they’d maximise their possibility of choice there, if they needed a mount.

However, each potential customer was told by Hobson that he could rent the horse in the stall closest to the door, or rent none at all. This approach allowed Hobson the ability to assure that none of his horses would ever be overused. But, in the bargain, it gave him control over his clientele.

Henry Ford used Hobson’s choice very effectively. He created his inspired “car for the multitude” in 1908. His market share increased enormously. Then, in 1913, he discovered that that black paint dried more quickly than any other colour. Black cars could be produced more quickly and were therefore more profitable. So, beginning in 1914, he eliminated all colour choices for his popular Model T cars. From then on, he said, “Any customer can have a car in any color as long as it is black.”

Like Mr. Hobson, he gained control over his customers by minimizing their choices.

It’s important to recognize here that neither Messrs. Hobson nor Ford had the ability to implement such restrictions when they first started their businesses. It was only after they had secured a significant market share through a free market, that they were in a position to make that market less free.

But, this is not a new idea, nor a new effort. Some 2400 years ago, Greece came up with the idea of a republic – a state in which the freedom of choice of the individual was paramount. Laws were minimal and, as long as he followed those basic laws, he was free to do as he pleased.

Ancient Rome was the same. After a state of prosperity due to increasing production, a republic was formed, but it was soon downgraded into a democracy, then later became an empire, then collectivism set in.

The pattern is the same. Productivity leads to prosperity, which leads to a rise in individual rights. The nation then peaks in terms of personal freedom. Then, the decline begins, as democracy slowly replaces individual rights. Democracy sounds good, as it’s presented as “the will of the majority.” But, in fact, it’s the thin end of the wedge.

“A democracy is nothing more than mob rule, where fifty-one percent of the people may take away the rights of the other forty-nine."

In every country, democracy appears to be benign, but it opens the door to collectivism.

But, how is this possible? Why, after over a century of the consistent and blatant failure of collectivist states, is it still possible for a waitress from New York City to hold up a photo of Karl Marx and get elected by a substantial margin over a liberal incumbent?

Well, the answer lies in Hobson’s choice. In primitive times, a king called the shots. No choice existed. But, democracy introduced the illusion of choice. Since that time, it has been possible to remove more rights and to impose greater taxation than ever before if the population believes that their deteriorated condition is the result of personal choice.

And the greatest refinement of this process is to always proffer two (and only two) “viable” choices. All other possible choices are beyond any real consideration.

In his career as a power broker (referred to in polite circles as a “diplomat”), Henry Kissinger became a master at always offering two choices and two choices only.

Whether it was to either destroy the Soviet Union or face Armageddon, or invade Southeast Asia or see the end of democracy in the world, Mr. Kissinger acknowledged later in his books that Hobson’s choice was one of the most formidable tools in his toolbox in succeeding in his goals.

It has often been said that “Hobson’s choice is essentially no choice at all.” Well, in reality that’s true, but technically-speaking, Hobson’s choice is always an “either/or” choice. “Take the horse in the stall next to the door or be without transportation. (Hobson never suggested a third choice, which might be to go to another stable.)

As to Mr. Ford, he essentially said, “Accept a black Model T or be without transport.” (He never suggested a third choice, which might be to buy another make of car.)

And, of course, Mr. Kissinger never offered any third choice, either. He never said, “We might additionally consider true diplomacy, in which all countries have their own sovereignty and arrive at their own decisions.”

And so, in the US today, as in Europe, Canada and many other countries that at one time made up the Free World, we’re presented with a series of Hobson’s choices. “Vote for Trump, who offers the empty promise to drain the swamp.” (The implied alternative is the unchecked growth of the liberal Deep State.)

“Vote for Alexandria Ocasio-Cortez, who offers the empty promise of full collectivism.” (The implied alternative is the unchecked growth of the conservative Deep State.)

And this is how an otherwise, relatively intelligent, relatively educated people come to be subjugated. It’s easy to hate a king who you feel oppresses you, but most people are unable to fathom the Jesuit logic of Hobson’s choice.

So, is that it? Life is doomed to end in collectivist totalitarianism? Well, no. It’s just one of many phases that nations pass through.

Let’s look back at Henry Ford again. During the mid-1920’s, his son Edsel convinced him that Americans had tired of his practical, but grim little car. Other auto producers were offering cars with new improvements over the Ford, in addition to a variety of colours. Their market share was increasing, as they offered more freedom of choice.

In 1926, Henry begrudgingly acquiesced and began offering colours again. The following year, he admitted that the Model T had become outmoded through freedom of choice and the Model T’s last model year was 1927.

Just as collectivism has failed wherever it’s been introduced, in every one of these countries, it was (initially) welcomed with open arms by the hoi polloi, as they bought into the tempting Hobson’s choice.

Predictably, collapse was inevitable, as collectivism only works for the rulers. Then the country has to begin the cycle all over again, beginning, as always, with productivity.

But the process is always the same. The welcome of collectivism is always the first step and the nation then progresses downhill for generations.

Historically, very few people recognize when their nation is at the turning point. Nor do they recognize the universal effectiveness of Hobson’s choice. The con is that there is not a multitude of choices; there are only two and one of them is clearly unlivable. So, we’re not forcing you to do anything in particular, we’re just funneling your brain so that you fail to understand that you have choices other than the one we’re leading you into.

The answer is to question everything. Envision other choices. Choose your own destiny.