This week, I’m on the ground in Cyprus on a mission with the original International Man himself, Doug Casey.

We are here to gain first-hand insight into the situation from the key players and the average person, in order to give us perspective on where, how, and when the next Cyprus will occur… and what you can do to protect yourself. We are also working on another project that we think will pique your interest, though we cannot disclose the details at this time (stay tuned).

In case you don’t know, Doug is truly a pioneer in internationalization and wrote the hugely successful book International Man back in 1978—a time when many of us were still in grade school or yet to be born. We would be wise to learn from his vast experiences throughout the decades of travelling to over 175 countries. This is especially true today, as the need to internationalize grows directly in relation to the financial desperation of governments. This site seeks to preserve the original mission of that book by providing current and actionable information to reduce the political risk associated with being totally dependent on any single government. 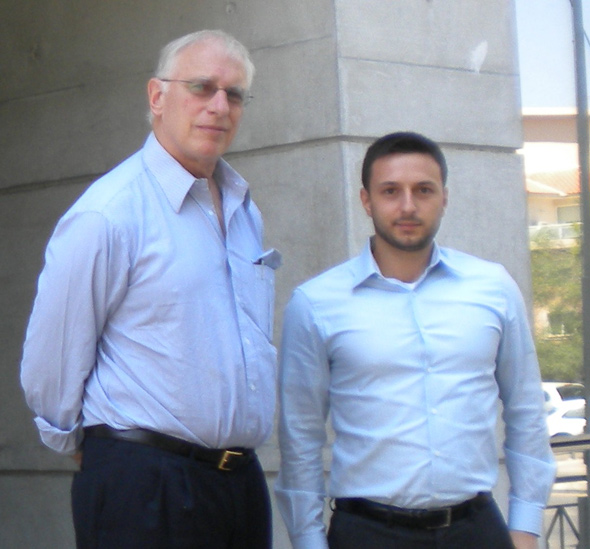 Anyway, back to Cyprus, which is perhaps the best most-recent example of the actions that a desperate government can take—and why you need to internationalize your savings, yourself, your income, and your digital presence.

As you are no doubt aware, earlier this year on a seemingly ordinary Saturday morning (when most people would least suspect it), the government of Cyprus swiftly closed the banks, imposed capital controls, and announced a confiscation of customer deposits.

While these actions came as a surprise to many, they should not have. The actions of a desperate government usually follow a predictable pattern and can happen in any country. And it was apparent long before the peak of the crisis that the government of Cyprus was desperate enough to consider such measures.

In hindsight, it appears foolish for anyone to keep their savings within the immediate reach of any government in a similar situation… which includes most western governments to varying degrees, if not now, then in the future.

Normally a country would consider printing money to stealthily confiscate and redistribute wealth via inflation before the outright confiscation of customer deposits. But with Cyprus being on the euro, it meant that it had ceded away its sovereignty over monetary policy and did not have such an option (not that giving the government the option to debase the currency is a good thing anyway).

The whole episode is instructive, because it is the latest example to reveal, for the whole world to see, the predictable series of actions any government can take when it gets desperate enough.

The four lessons from Cyprus that you shouldn’t have to relearn are:

Lesson #1 – Do Not Trust Politicians

Nicos Anastasiades, the current president of Cyprus, had made it a campaign promise during the previous election that bank deposits would be safe. Like nearly everything a government official will tell you, the opposite is usually true; Anastasiades’ promise turned out to be worthless.

Of course it can. What happened in Cyprus can happen to any country for any number of pretexts, and has throughout history. But could it happen in the US? According to Judge Andrew Napolitano, it could.

Restrictive and confiscatory measures put in place by desperate governments usually follow a certain pattern of steps. The events in Cyprus are no different from other examples in the past. It usually starts with a surprise ‘bank holiday’ or at the beginning of a long weekend. Once the banks are closed, the government is free to confiscate as much wealth as it can get away with. This can come in the form of a “tax” on deposits, devaluing the currency, or the nationalization of pensions, among other measures. After the wealth has been confiscated, capital controls are usually put in place before the banks are allowed to reopen. This is done to prevent the remaining wealth from fleeing the country. Don’t forget the pattern: 1. bank holiday, 2. wealth confiscation measures, and 3. capital controls.

Lesson #4 – Take Action Before it is Too Late

You must take precautionary action and internationalize before it is too late to act. Unless you are part of the political elite, you won’t know exactly when the window of opportunity will slam shut. For Cypriots that moment came on a seemingly ordinary Saturday morning earlier this year.

Stay tuned for the update next Wednesday for more details on my adventures in Cyprus with Doug Casey as we seek to take the lessons of the recent crisis to help you develop the foresight to take action to protect yourself through internationalization while it is still practical and possible.