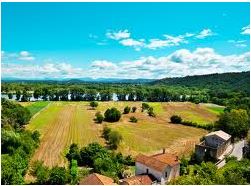 Many years ago, my treasured friend, Werner Stieffel, decided to create his own libertarian country near Haiti. He discovered that to do so was not looked upon as an “alternative choice” by the governments in neighbouring countries, but as a threat.

As carefully planned as his country was, it did not succeed.

Years later, he tried again, this time setting up a separate island community within an existing country (Belize). This was a more successful effort.

Werner Stieffel was a true visionary, well ahead of his time. Today, the idea of creating a libertarian community, whilst still uncommon, is increasing in popularity.

As I have spent my life in a country that is highly international (half our population is from abroad—139 countries at last count), it is second nature for me to think in terms of the world as a series of neighbourhoods from which to choose. In any that I have visited or lived in, one of my primary questions has always been, “How long would I be welcome here?”

[Editor's note: In case you didn't know, Jeff Thomas is a citizen of the Cayman Islands.]

It is a truism that First-Worlders, when they move abroad, tend to assume the opposite: that their new country will somehow adapt to suit them.

Consciously or unconsciously, the tendency exists to assume that the locals will so value the new people that they will change their laws, their living standards, their diets, and even their cultures, in a wish to conform to the incoming expatriates. This can occur, to some degree, but usually only over generations.

More often, what happens is that, if the expats do not do what they can to adapt to the new country, they are often “frozen out,” until they ultimately leave.

For this reason, those who are considering moving to a bolthole that is a planned community—one that intends to be an expatriate community within (or near) an existing local community—should consider the degree to which that new community has made an effort to be welcome in the country.

This one factor can decide whether the new community will ultimately succeed or fail.

For this reason, when considering moving to, and/or investing in, a planned community, the following broad concerns should be examined:

1. The degree to which the new community has an interplay with the existing one

2. The degree to which the new community benefits the existing one

If the new community hires locals, welcomes them as residents, frequents their business establishments, and/or goes out of its way to assist in existing community needs (providing or improving services, building or improving roads, etc.), it is likely to attract the support of locals if and when the new community experiences difficulties. The greater the ongoing benefits to the existing community, the greater the support from them.

As the Great Unravelling unfolds, we are likely to see large numbers of people seeking to escape the First World, in favour of Second or Third World countries.

Consequently, we will surely see an expansion in the number of communities that crop up, seeking to appeal to the newly-created market. Some will exist merely to scam the gringos. Others will be more genuine in their stated objectives.

Already we see people from North America moving to gated communities, such as in Costa Rica, only to leave after a year or so, complaining that burglars specialise in robbing houses in gated expat communities, which is caused by the new residents being seen as “invaders,” existing as independently from locals as possible and socialising primarily with each other.

The fact that the expats created jobs, such as hiring local women as servants for their cocktail parties, is unlikely to bring the two communities together. To invite a local couple to the party as guests who have become friends goes infinitely further. The key here is that, in the latter instance, the expats treat the locals as equals, rather than as servants.

Be Seen as a Positive

An associate and 40-year veteran of international living commented to me recently, “You must blend in. The gringos who live in big houses and live like gringos are or will become targets. Also, you must not threaten the livelihood of any local. [You need to] be seen as a positive, either as a client/consumer or provide a service that was not previously available.”

If the reader is considering moving to, and purchasing property in, a planned community in another country—one that is clearly intended to attract expatriates—this does not in itself suggest that the new community is unwelcome by locals, nor does it suggest that the community will fail.

However, when reading the promotional material for the new community, it is wise to consider the tone of the material. Just as important would be the tone used by the representatives if you actually visit the community.

In considering the above, it should be borne in mind that a new, upscale development that offers, say, a fine restaurant, is not necessarily at risk. What is important is that residents also frequent local cafes, bringing them both business and friendship. Locals must also be welcome in the upscale restaurant.

Likewise, a less upscale community that hires labourers to, say, bring in crops is not necessarily at risk. What matters is that the new community provide benefits to the existing community generally, not merely to its poorest and least educated.

Above all, a clear consciousness should exist that the creators of the new community respect the existing culture and are seeking an economic and cultural sharing of the progress that they are introducing.

Editor's Note: Naturally, we are partial to Doug Casey's dream community that was turned into a reality at La Estancia de Cafayate in Argentina. Having visited almost every country in the world and lived in a dozen, Argentina is his first choice for the one resort with all the facilities a well-travelled person could possibly want to nourish mind, body, and soul. Doug says “La Estancia de Cafayate is a place where neighbors will become friends and join in the feeling of having discovered a place known to only a few in the world.”