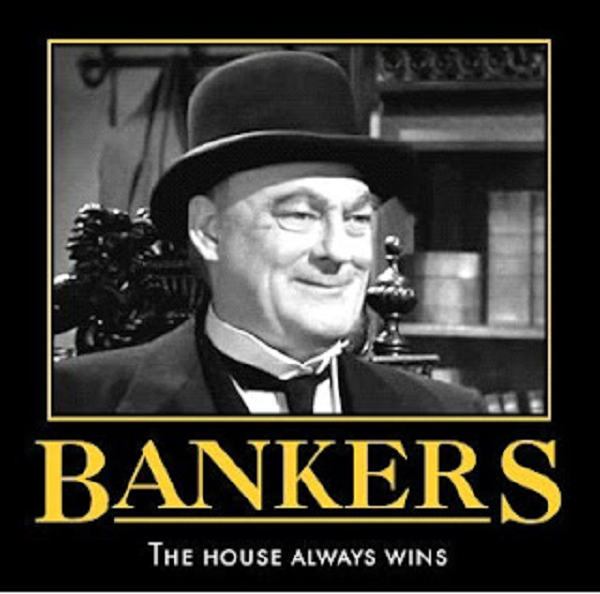 For some time now, we gold bugs have been rubbing our collective hands, eagerly awaiting the day when the banks burn their clients for the vast amount of paper gold the banks have sold.

We tend to envision a day of reckoning on which the banks are exposed for their misdeeds. On this day, the bankers will admit that they have in fact sold a far greater volume of gold in paper contracts than has ever physically existed.

Have the total sales been ten times the amount of physical gold? One hundred times? We can only guess.

But we all tend to agree that the day will come when enough people get worried enough that they choose to take delivery of their gold—enough to cause a run on the banks.

There can be no doubt that this day of reckoning would cause a major spike in the price of physical gold, as the world would suddenly realise that gold is far more finite than had been assumed by the average person. But will the parable of “The Emperor’s New Clothes” really play out as we have predicted? Will it suddenly be chillingly clear that the banks have systematically defrauded their clientele on a wholesale basis?

If that were to happen, surely no one would trust the banks from that moment on, and people, worldwide, would stop using banks. Whilst we would all love to see the banks get their comeuppance, the exact opposite of this is more likely. Why? Because, today, the governments and the central banks act very closely as mutual benefactors. They have no intention of bringing the banking game to an end.

Bankers have, throughout history, daydreamed about how nice it would be if they could simply abscond with depositors’ funds. Unfortunately, this could not be done, as the villagers would storm the banking castle with their torches and pitchforks. But we are living in a different world today—one in which “spin” means everything. If an “impartial,” objective party, such as the government, announces that the action taken by the banks is for the betterment of all, the banks just might pull it off.

Case in point: Late last year, the European Union (EU) announced that it had devised a “solution” to the present economic crisis. In their quest for this solution, they have surmised that:

The EU have (thankfully, they say) come up with a brilliant plan: All the banks in the EU will be given the freedom to perform their own bail-in: they may absorb any deposits that exceed €100,000.

This bail-in is presently slated for January 2016.

Let’s think about that date… it raises two immediate questions. First, if there is truly a “present crisis,” why does the EU have more than a year in which to fiddle prior to implementing a solution? Second, as a year is a long way out, it suggests that depositors will have plenty of time to withdraw their savings. It would not be a surprise, therefore, if one Monday morning, the world would awake to find that the date had been moved up and that the confiscation had already been implemented.

As we commented in April of 2013, immediately following the Cyprus bail-in, we believe that Cyprus was intended as a trial-balloon, that a similar bail-in would later be created for the EU, the US, and a host of other jurisdictions. That prediction seems to be panning out.

Let’s say that, rather than wait for the Emperor’s new clothes to be seen to be an illusion, the banks of the world decide to preempt this embarrassment in a proactive manner. Let’s say that, with the support of their friends in the governments, an announcement is made to the public that a decision has been reached that will aid tremendously in saving the “essential” banks. And—here’s the best part—it would not impact the “little man” who has already had to bear so much abnegation as a result of the greed of the rich.

Were the banks to do this, they would, instead of being vilified for selling assets that they did not possess, be praised for taking affirmative action for “The Greater Good.”

At this point in the narrative, it’s useful to state that it’s of little importance whether this is the exact spin that might be used when the time comes. The reader may come up with his own scenario as to what spin might be used, and he is encouraged to do so.

What matters is the concept that the banks have within their power the ability to turn the paper-gold lemon into lemonade.

But as it stands, all of the above is merely an interesting mental exercise, unless it’s put to use in relation to our own investing and/or preservation of wealth. Indeed, the reader, if he “owns” paper gold, may only hold a very small certificate—hardly qualifying him as one of “the greedy rich”—yet he stands to lose this investment in its entirety. This confiscation would not be an act against the rich, as might be claimed—it would be pure theft by the banks—one of their better Ponzi schemes.

We have argued for some time that, in the coming years, there will be a methodical elimination of the upper- and middle-classes in the First World. (It should be borne in mind that €100,000 is, today, a small amount of money. It is not an amount that allows for the creation of new business ventures or significant investment portfolios. It is therefore a very low ceiling to place on the level of wealth “allowed.”)

There can be no doubt that the banks cannot deliver on the amount of gold that they have sold their clients on paper. This situation will hit a wall. Additionally, it’s clear that bail-ins will be created for those who have savings over €100,000. If we regard these symptoms as a vector, indicating both direction and magnitude as to what is coming, we are left with two choices.

The first choice is to remain in the system in the hope that, although a new ceiling will be placed upon our ability to excel economically, our diminished life may not be all that bad—we can live with it.

The second choice is to take the more demanding (but ultimately more rewarding) step of internationalising our assets early, before the odiferous effluvium hits the fan.

Editor’s Note: Would the US government really turn to a 1933-style gold confiscation again? Probably not. But that doesn’t mean the threat to your gold has diminished. Instead there will be a new scam. To find out what the next gold confiscation will look like see this IM article.