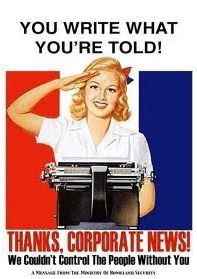 The following is an excerpt from the feature story in a nationally-read newspaper:

“Political leaders who have been responsible for the lack of growth and job creation are now in the process of trying to build an international tax cartel in an attempt to keep the corporate and individual income-tax slaves on the welfare-state plantations. Ultimately, they will fail because if tax slaves are not allowed to flee, they will revolt.”

The reader may react to the above by saying, “Which nationally-read newspaper might it be that risked publishing such a comment?” Certainly, it is not the London Times, nor the New York Times, for the position the writer takes is far too revealing to pass muster with either of their editors, let alone be granted the status of a feature article.

The article in question is titled “The Last Days of the IRS?” and is authored by American economist, Richard Rahn. It appeared in the Caymanian Compass, the most-read publication in the Cayman Islands.

Mister Rahn is a senior fellow of the Cato Institute and has served two terms as a member of the Board of the Cayman Islands Monetary Authority. The first association suggests that his views would not be welcome in most mainstream American publications. The second association suggests that, in the Cayman Islands at least, Mister Rahn is respected to the degree that even his lack of Caymanian residency does not stand in the way of his being chosen as an important voice in the country's monetary management.

Readers of this publication, especially those who reside in the US, might well wish that the observations of Mister Rahn and others like him would receive regular national attention, instead of the ubiquitous observations of Keynesian economists. For, surely, if this were the case, the average American might have a greater ability to see his way past the Keynesian smokescreen that is so thoroughly maintained by both the US government and the US mainstream media.

Unfortunately, space does not allow for Mister Rahn's entire article to be reproduced here (click here to read the entire article), but even the two sentences offered provide greater insight into the present overall US condition than might an entire edition of the New York Times.

In some countries, the average newspaper reader encounters well-informed commentary on a daily basis. It has been said that the average Caymanian high school graduate is more well-informed about the true economic state of the US than the average American college graduate, and this may well be true. If so, this is most unfortunate.

It does seem to be the case that Americans, generally, find their current economic condition not only distressing but highly confusing, whereas those who live in countries where classical economics are a way of life find the explanation to the economic woes of the US (and, let's be fair—the EU) to be rather obvious.

Any country whose government pursues a course in Keynesian economics will eventually pay a major price for its folly, and, in the US and the EU, we are now seeing the economic chickens coming home to roost.

In addition to the most obvious examples of the US and EU, there are certainly many other countries that have drunk the Keynesian Kool-Aid. Some are not as far gone as the US and EU; some are in worse shape.

What does not seem to be widely recognised by many First-Worlders is that it is not at all true that “The whole world is going to hell, so we might as well get used to it.” In actual fact, the tendency to be First-World-centric may be the greatest enemy of the average person who (a) understands that his government is going in exactly the wrong direction and (b) would like to do something about it.

Whether it is apparent or not, many countries in the world are travelling in directions that are independent of the First World.

Just as there are countries where the observations of Richard Rahn are more respected than, say, those of Paul Krugman, so the publications of those countries may be a breath of fresh air for those who have peered through the smokescreen of conventional First World rhetoric and would now like to broaden their awareness. If so, through the miracle of the internet, it is quite simple to subscribe to alternative publications.

For any individual, truthful information should be the norm, not the exception.

There is an added benefit in this pursuit. In becoming familiar with such publications, the reader becomes aware of the mindset of the governments and populations of those countries and may find that he identifies more with them than those in his home country.

There can be no arguing that the First World was, in the not-too-distant past, at the forefront of Freedom in the world. However, that reality has faded, and many First World countries have already passed their sell-by date. In the meantime, other jurisdictions have risen up and are now enjoying their day in the sun as more enlightened nations. As such, they are not only potential sources for more enlightened information, but potential considerations for places to internationalise.