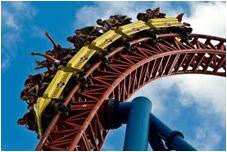 For over ten years, some of us who are gold bugs have predicted a major bull market in gold. In the early days, it seemed quite understandable to me that these predictions were not taken very seriously by most investors. What was more surprising has been that, with every upward movement of gold, many of the gold bears stated that the limit had been reached and gold could not possibly continue its climb. But they were proven wrong, time after time. This, however, did not deter them. Far from being embarrassed at being incorrect so many times, the predictions of a gold top persisted right through most of 2011.

Then, in October of 2011, the bears finally got a break, as gold retreated $300 from its high of $1900. After an extended nap around the $1700 range, it dropped below $1600 in February of this year, then took a sudden dive to $1400 in April. In June, it took a further significant tumble. At the time of writing, gold has just broken below $1200, and, by the time you are reading this, it may well have gone further south.

At this point, the gold bears, not surprisingly, are gloating a bit, confident that gold is “over.” Conversely, some of those industry stalwarts whose living depends on continued gold purchases by clients have been tearing their hair, as, after each drop, they have claimed that a bottom has been reached, only to be proven repeatedly incorrect, just as the bears were until October 2011.

In a direct clash with gold bugs, deflationists have predicted a drop to $1000, and some have even predicted a bottom of $750. (Interestingly, there does not seem to be a deflationist who offers a prediction of what is to happen following that bottom – whether a gold mania may still be in the offing.)

In early June, when gold was at about $1400, an associate advised me that he was becoming increasingly worried about the future of the world economy and wanted my advice in making his first purchase of gold. He was concerned that gold might drop further, which would suggest that he should wait before purchasing. I advised him that although gold had been fairly low for over a year, it wouldn't surprise me if it took a sudden drop. Coincidentally, within days, gold sank like a stone.

So, what's up? Is this the natural end to what has been quite a long bull market? Or is it a major correction, from which gold will rocket upward? (This latter question is almost definitely a non-starter, as we are coming into the traditional slow summer months when gold is traditionally down. Even if gold were to have reached bottom, any recovery would likely be long and slow.)

And gold-watchers are busily sharing theories as to what has occurred. On one end are those who feel that what we are seeing is a natural correction. If so, it may or may not have been exacerbated by announcements from the Federal Reserve, causing a minor panic by short-term gold investors who do not understand the nature of the market.

On the other end, we have those who believe that the banks are dumping paper gold on a massive scale, very possibly to try to buoy up a collapsing bond market and stock market. The claim is that they will do anything in their power to make these markets appear viable, as they are now houses of cards, ready to topple. If this is true, in the near future, it would not be surprising if we see wild attempts to shore up the markets, possibly accompanied by further significant drops in gold.

At this point, it is likely that those investors who are fairly new to gold are wondering with shaking knees if they should sell and take their beating. They will be likely to look upon gold the way they look at a stock that appears to have had its day.

But gold is not a stock. It does not behave as a stock, and its rewards are not delivered in the manner of stocks. In watching the ups and downs of gold, this is the most important fact to remember.

To be sure, some investors treat gold in the same way as a stock – trying to guess its fluctuations – selling after a rise and buying following a correction. However, gold is not like a stock, in that it does not pay dividends. It does not rise and fall based upon the performance of any company. And it is relatively finite. There can be no stock splits.

Right now, much of the world's countries, particularly in the Second and Third Worlds, are buying up gold like never before. Meanwhile the US and, to a lesser extent, the EU are attempting to discourage the suggestion by other nations that the time has come to a return to a gold standard. Indeed, the Federal Reserve has actively been leasing its gold to bullion banks, who have, in turn, been selling it. Clearly, the US and EU are hoping for a continuation of fiat currencies. A return to a gold standard by the rest of the world would be a threat to that objective.

The economies of the world are reaching the breaking point.

At some point, possibly soon, the crashes will come and the governments will do one of two things:

1. They will accept the fact that the world is in a depression and cease monetising their debt, which will bring about deflation. This would be extremely destructive and would likely be the last outcome governments would want. Although, it would not concern them, gold would react by sinking even lower.

2. The more likely option (as it is Mister Bernanke’s stated preference) is that they would print money like there is no tomorrow, to avoid deflation, causing massive inflation (and possibly hyperinflation) by doing so. If this were done, gold would rise dramatically.

Gold, historically, has always been a barometer of the economic times.

About a year ago, we began to advise readers that we are in for the economic roller coaster ride of the century and that gold will be on that roller coaster. Accordingly, we have been advising readers to fasten their seatbelts, as this ride will not be for the faint-hearted.

It depends on how severe the reactions to the crashes are. Some people will try to sell into the dips and buy later on, as gold climbs upward. But what we are likely to see when the mania stage arrives will be that, when gold shoots up past $2000, not many people will be seeking to sell. Those who are may be asking premiums of $500 or more. To those seeking to safeguard their wealth, that will mean that it will be imperative to load up the truck before that time and sit tight, as the roller coaster ride goes into overdrive.

Again, those who are on the ride will need to keep their nerve – to remember that, as wild as the fluctuations may become, gold is not in the same category as stocks and bonds. It retains value when other more conventional forms of wealth disappear. Its true value to the investor is as an insurance policy – to make sure that if economies collapse, it might still be possible to buy some freedom and put food on the table – to ride out the economic storm.