Initially published in a previous version at Casey Daily Dispatch

At the Foundation for Economic Education Conference (FEECON) in 2017, I met Bill Frezza. He’s been teaching a critical lesson about equality, learned from the horrors of the AT&T telephone monopoly. What follows, I mostly learned from him.

After the invention of the telephone in the mid- to late-1800s, innovators produced great accomplishments as they strived to improve the technology to help us communicate. But that came to a sudden stop.

In 1913 (the same ominous year in which the Federal Reserve Act was created, destroying the foundations of the free market), American Telephone & Telegraph cronied its way into a government-created telecommunication monopoly that lasted for 70 years. And during that time, telephone innovation stopped cold. So cold, in fact, that all phones looked pretty much identical for decades. Our phones were wired permanently to the wall. Oh, and they weren’t our phones.

Believe it or not, it was illegal to own your phone. Western Electric (an AT&T subsidiary) owned them all. It was the only company legally allowed to manufacture phones. Neat trick: the same phone that my great-grandfather didn’t own still worked on the stagnant, unchanged AT&T system when my parents didn’t own their phone five decades later. 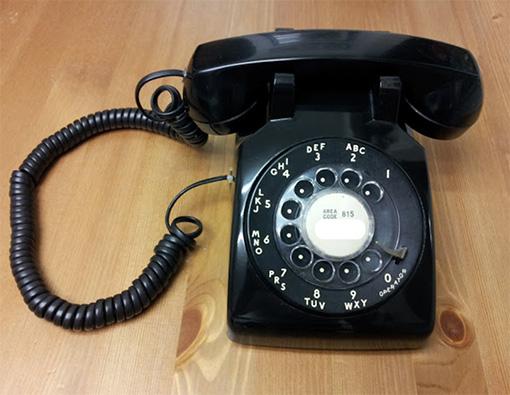 Ah, but at least every customer of Ma Bell was treated equally (although many were stuck with shared party lines, meaning some were less equal than others). During those 70 years of monopolistic equality that began in 1913, there were only a few (relatively unimportant) innovations in telecommunications. It was an equality of sorts, sure, but an equality based on no choices. Multigenerational equality was successfully obtained by assuring that everything pretty much sucked.

The crony US government guaranteed AT&T a 12% profit, no matter what. In exchange for this guaranteed profit, AT&T provided telephone wires and service to rural areas of the country that would be expensive to supply otherwise, and allowed the government to control prices. Everyone got a phone.

With a guaranteed and excellent profit of 12% annually and a total monopoly, there was no motivation for AT&T to innovate, provide for (or even be aware of) the changing needs or the desires of the customers, nor to increase efficiency and productivity, lower costs, or provide good customer service. They could sit there, picking their nose and earn 12%. Prices were always high for telephone communication during most of the 20th century. Every long-distance call cost us money. The higher the revenues, the more AT&T’s 12% would add up. Why would AT&T fight to make things more efficient or cheaper? Doing so would only hurt its cash flow.

And the result of this government-catalyzed boondoggle? Fifty years later, finally, the exciting new product entry was… wait for it… the Trimline phone with its “Innovative rotary dial with moving fingerstop!” 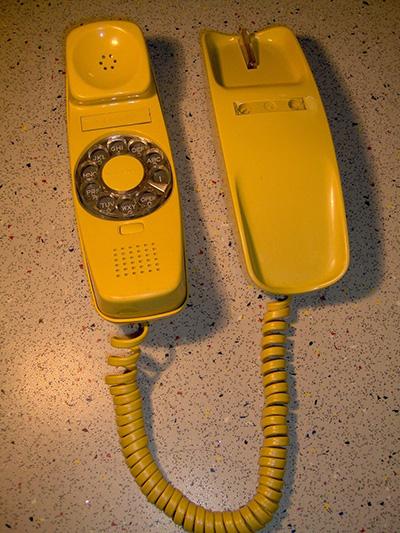 It took another 20 years before we even got push-button dialing.

What we need to remember is that the people of 1980 were quite equal to the people of 1920 in regards to their communication tools. Equality had been accomplished. From decades of equality, we reached the finish line: the Trimline phone. Yahtzee!

Deregulation occurred in the early 1980s, and AT&T’s monopoly was eliminated. When equality got sidelined, competition for each customer’s money blossomed, and new, better technologies began popping up in unexpected places. The result: Sprint and MCI created entirely new networks and fiber-optic digital telecommunication lines.

Cellular phones were invented that provided communication not only for the developed countries, but for the entire Third World. Hundreds of phone styles and varieties of services flourished to supply for the diverse and unpredictable wants and desires of ever more humans. Oh, and the internet developed on the backbone of the digital network that grew post-deregulation. The entire world has benefited from the simple act of ending coerced equality.

One has to wonder what blooms of abundance would occur in the field of transportation if only the government monopoly in road building was eliminated. Flying cars? Parabolic 36-minute trips from coast to coast?

The core internal contradiction inherent in the progressive fight for equality is this: human progress is predicated on a drive for inequality. The strive to improve oneself and to improve humanity—physically, emotionally, financially—is the embodiment of this desire to be better, unequal to the past and unequal to the neighbor who hasn’t gotten there yet. Take this away and you have stagnation, not progress.

The lesson of AT&T’s blatant cronyism and coerced equality needs to be heard (but won’t be heard) by those whose goal is coercive equality of medical care (through Obamacare) or coercive equality of the internet (manipulatively called “Net Neutrality.”) To a partial extent, such equality can be achieved through force, sure, but what is the cost of this equality? The cost is that we rob our children and grandchildren of future abundance. They’ll be equal to us.

How many in the future will unnecessarily die because of a slowing of medical progress? How many children could be lifted from poverty, but won’t be because the words progress and equality are conflated?

Is inequality unfair? In many cases, certainly. It is unfair that a child is born to a single teenage mother who loves her meth more than her child. But no government effort imaginable—no matter how much coercion is applied—will make up for that inequality and unfairness, or create for that child any semblance of equal opportunity or equal outcomes. After all, the government doesn’t love, nor can it coerce love.

An important point: Equality in the eyes of the law is worth fighting for. The law can—and should—be blind to your wealth, race, and whether your mother was a crack addict or not. Unfortunately, the misguided striving for a nebulous and undefined “equality” has resulted in the ever-increasing empowerment of Washington politicians—the hub around which crony special interests, and thus inequality under the law, flourishes.

Elimination or minimization of suffering is a great goal. Elimination of poverty is a great goal. These goals have never been accomplished, and they can never be achieved through the use of coercion or fraud, for these are the immoral methods that underlie war, not peace and prosperity.

The moral means to accomplish great goals is to respect inequality. We need to free up our innovators to find ways that one person can suffer less (unequal), or be less poor (unequal) or less sick (unequal) than others. Or to assure that one person can get to Mars sooner than another person can (unequally). And then apply (without coercion) such lessons, to spread that inequality to whoever else wishes to be unequal, better, happier, less poor, less hungry or more Martian. And while spreading this wonderful inequality, someone else will discover something new that unequally improves quality of life.

We, and our children and grandchildren, can have such choice and abundance, as long as the government—like a narcissistic, drunk king sitting on a throne—doesn’t use its guns to grant another crony monopoly to another multigenerational parasite like the former AT&T. But beware, the government keeps trying to incubate just such parasitic worms, through such notions as Net Neutrality and Obamacare.

You can’t stop politicians and bureaucrats from being stupid and misbehaving, any more than you can prevent a seagull from dropping bombs onto your head from on high. But you can avoid unknowingly encouraging their misdeeds.

And you can wear a hat.

Preferably a hat that’s better than (unequal to) the next guy’s, and better than the one you wore last week.