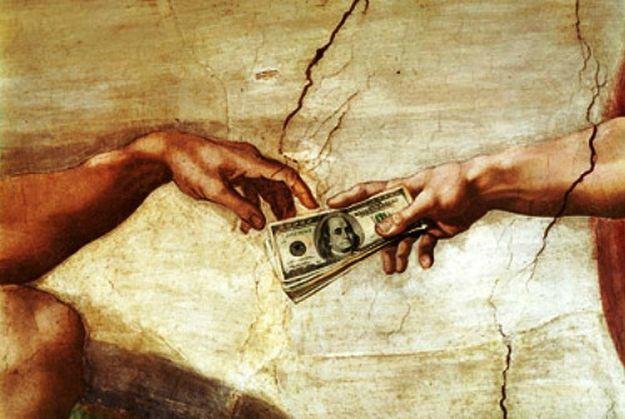 In 1066, my family were centred in Somerset, England, where, if a horse ran over and killed someone, or a boat capsized, and caused a drowning, that horse or boat was given over to the victim’s family, under “noxal surrender.”

Alternatively, if an animal or object were responsible for the death of a person other than its owner, it could be taken and sold, and the proceeds passed to the family of the deceased.

One can see the purpose here – to provide some sort of compensation for those aggrieved.

However, as readers will know, the Normans came over to the British Isles in 1066 and conquered much of England.

Subsequently, the practice of noxal surrender was formalized into English common law and enforced by the state.

And, of course, as we know, when the state takes charge of anything, no matter how insignificant, it eventually finds a way to turn that power into a means of state profit.

The state, by its very nature is a parasite. It produces nothing. It serves to extract value from those who do produce.

And so, beginning in the late eleventh century, the deodand was introduced into law. A deodand was defined as a chattel that had caused a death and was therefore guilty of a crime against God. The Crown would find the chattel itself guilty of being a deodand, would confiscate the chattel, sell it and give the proceeds to “a pious purpose” – not to the aggrieved party.

Once the aggrieved party was removed from the equation, it wasn’t difficult to expand the law to include not only the loss of the chattel, but a fine of equal value to the chattel.

The fine was then paid to the Crown, although the Crown had not been aggrieved in any way. (The Crown, of course, had the authority to assess the value of the chattel, so it wouldn’t be surprising if the Crown’s assessment were on the high side.)

But, what if the owner couldn’t pay? Well this was a crime against God. Someone had to pay, so the Crown applied the convoluted logic that the township in which the owner lived had produced him, so the township was obligated to pay the fine.

So, in the deodand law, we have a very simple lesson as to how governments begin as a need to enforce the simple libertarian concept that no man should aggress against another or his property, but slowly morph into a profit centre. The government takes on a life of its own, not only becoming an end unto itself, but eventually abandoning its original purpose, in a pursuit of self-expansion.

Today, in the US, we’re witnessing the emergence of civil asset forfeiture, a collection of laws that allows the authorities (pretty much anyone with a badge and a gun) to confiscate chattels, if they conclude that those chattels may have been connected in some way to the commission of a crime – in effect, modern-day deodands.

For example, if, a decade or so ago, an officer of the law observed a teen to be in possession of an illegal substance, he might have chosen to detain and possibly arrest the teen. But, today, under civil asset forfeiture, he might wait until the teen went home. The officer might then arrive at the house with a riot squad, break down the door, search the house and, if he found a trace of the illegal substance, confiscate the house, cars and all other family possessions under civil asset forfeiture, under the mere suspicion that the house was being used to operate a drug ring. (This was an actual case.)

Under these laws, the authority in question would not be obligated to charge the family with a crime. Therefore, the family would have no means of challenging the charges in court in order to regain their property.

Instead, the authority would have the legal right to dispose of the property and apply the proceeds to their general revenue.

This, of course, converts any policing authority in the US into an authority that has the right to literally commit “highway robbery” and, in most states where civil asset forfeiture is prevalent, this is the most popular way in which it’s applied – roaming the highways, confiscating vehicles, cash and any other assets of value that the motorist might have.

And, remember, the justification is that the motorist is merely suspected of having been involved in a crime.

Civil asset forfeiture has become so prevalent in its brief existence that, already, authorities across the US take in a higher dollar value than all burglaries nationwide annually (over five billion dollars).

And, authorities are becoming more effective at it. They now take victims’ prepaid debit cards, and, by installing credit card scanners in police cars, are able to make on-the-spot thefts of deposits.

On the positive side, the Indiana Supreme court recently made a ruling that overturned a confiscation by authorities. We have yet to see whether this will change the trend, going forward.

Returning to the deodand, the law was abolished in England in 1846 and rightly so, as it had morphed from a form of recompense into the shameless looting of the population.

The deodand law, in its latter stages, when it had become purely a method for looting, proved to be the ideal model upon which to build, in the view of US legislators.

What this tells us is that, today, US legislators have an entirely different approach to the notion of “Liberty” than they did in 1789, when James Madison drafted the Fourth Amendment to the Constitution (Click here to read Doug Casey's thoughts on the Fourth Amendment):

“The right of the people to be secure in their persons, houses, papers, and effects, against unreasonable searches and seizures, shall not be violated, and no Warrants shall issue, but upon probable cause, supported by Oath or affirmation, and particularly describing the place to be searched, and the persons or things to be seized.”

Mr. Madison’s source for this amendment was the English Bill of Rights of 1689.

As the source for the civil asset forfeiture laws is one of England’s more corrupt (and long-since, repealed) laws, it’s clear that the US Congress has reached a stage of regression – a return to the Middle Ages.

If we were to stand well-back from the present situation, and observe the US from an historical perspective, it would be easy to see that the US has entered into its Post-Constitutional era – a time when the “inalienable rights” of Americans have been thoroughly trounced by more primitive laws.

The question now is whether any American should wish to continue to take part in the grand American experiment, now that the Post-Constitutional era is underway.