Nick Giambruno’s Note: Tensions have been building up between the US and China since Donald Trump entered the political scene in 2016. (We covered this in recent articles, here and here.) But with the US recently posting its largest trade deficit with China ever, a large-scale conflict between the two nations is now imminent.

To help you navigate the latest headlines, I’m sharing an urgent five-day series this week. Jeff Thomas kicks it off today by putting US-China relations into perspective…

As offensive and reprehensible as this approach is, the countries of the world often simply cave in to such behaviour. They understand that if a country’s leader were to decide to, say, cease to trade in US dollars, his country might be attacked for trumped-up reasons and the leader could end up in a pine box. (This approach has been employed on more than one occasion in recent years.)

The threat from the US sheriff is therefore very real.

But presumably, this bullying approach would be less effective if attempted against one of the world’s more powerful countries. If, for example, the US were to find itself in a situation such as the present one with China, in which the US appeared to be losing its battle over the dollar’s power as the world’s reserve currency, what would occur? Would the US sheriff attempt to bully China? And if the ploy did not succeed, would the US draw its six-guns and fire off a few rounds in the air for emphasis?

And if the above were to take place, what would the Chinese reaction be? Would they retaliate in a similar manner—the diplomatic equivalent of an American baseball player butting chests with an umpire—each one childishly seeking to win through sheer bluster?

Here, it would be useful to consider Chinese culture. Traditionally, bluster and braggadocio are not consistent with Chinese behaviour. The Chinese tend to take a quieter, more thoughtful approach, one that employs patience and careful timing. 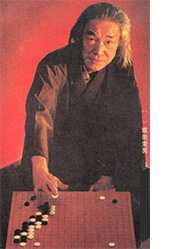 It might be useful to consider the traditional game of Wéiqí (aka Go), a board game that was first played in China thousands of years ago and is still popular to this day.

In Wéiqí, the objective is to place the playing pieces on the board one at a time, in an effort to surround the pieces of the opponent. (Once the pieces are surrounded, they are considered taken.) Of interest is that a common tactic is to avoid being obvious in the effort to surround the opponent’s pieces. The greater the subtlety of play, the greater the likelihood of eventual success. In essence, the philosophy is the exact opposite of the US approach. It is one of surrounding the opponent, rather than meeting him head-on.

The game of Wéiqí is of greater significance in China than, say, Monopoly is in the US. It contains a philosophy that is basic in Chinese thinking. Although this is not a game that is likely to become popular in Las Vegas, it is one that informs Chinese diplomacy.

Aside from the occasional comment from the Xinhua News Agency suggesting building a “de-Americanized world,” the Chinese have generally kept their cards close to their vest.

Returning to the question of the dominant currency in the world, the US is unquestionably following its wild-West sheriff approach in demanding that the dollar remain the world’s default currency: taking military action against those who move in another direction.

Meanwhile, the Chinese have been quietly expanding the power of the renminbi, first by encouraging its use internationally, then working out currency agreements with the BRICS, ASEAN, etc. More recently, they have created agreements with Western countries like Australia and the UK to trade in the renminbi.

As in a game of Wéiqí, China is not attacking the dollar directly. They are surrounding it, by creating relationships first with their own close allies, then with the US allies. If they continue in this tactic, it is likely that they will complete their ability to trade with all or most of the world in the renminbi, then announce to the US that, in order to continue to buy Chinese sneakers to sell in Walmart, the renminbi must be used.

At that point, should the US refuse, China would be in a position to say, “You’re an important customer, but if we lose you as a customer, we will still be able to maintain our present relationship with the rest of the world without you.”

The question would then be whether the US need for Chinese goods is greater than the Chinese need to sell them those goods. There can be no doubt that both countries want the relationship to continue; however, the one who could hold out the longest would be the victor—in essence, a game of economic “chicken.”

At such a point, the US would be likely to appeal to its allies to step in and side with them. But if the event were timed by the Chinese to coincide with massive inflation of the US dollar, the US allies would then need to choose between the two: the collapsing dollar, with no backing to shore it up, or a gold-backed renminbi.

The reader may decide what he feels the outcome might be.