Since the philosophy of collectivism is the root of most of the destructive policies in the US, and the West in general, it is important to understand its many pernicious implications. It is unfortunately a pervasive and growing force.

One implication collectivism has is how it eventually leads to the shortage and rationing of basic necessities. A recent example of this is the toilet paper shortage in Venezuela.

While the US/EU are admittedly not as far down the collectivist road as Venezuela, Jeff Thomas articulates how they are actually not as far off as many would imagine. Rationing is typically the next step a desperate government takes after capital controls and tariffs are instituted.

And let's not forget that the US FATCA law already acts as an indirect form of capital controls for Americans by creating often prohibitively costly regulatory burdens when foreign banks desire to do business with American clients.

See you on Wednesday for the International Man Weekly Update, 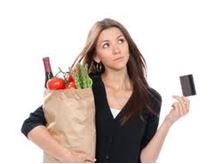 Food is the most important commodity in our lives. We regard clothing and shelter as essential; yet, when it comes to necessities, food trumps all. Even in times of warfare, when soldiers run out of bullets, they sometimes move forward into battle anyway, in the hope that they will find some on the field. But, when the food supply stops, the troops stop marching.

This is a basic truth in any era, in any part of the world.

This publication deals with the economic, political, and social future of comparative jurisdictions. It is because food is the most important commodity for all people that we sometimes project several years into the future to examine where the various governments of the world are headed in terms of food supply.

In present-day South America, the most oppressive, most collectivist government is that of Venezuela. As such, it is instructive to keep an eye on their developments, as the EU and US are headed in a very similar direction. Whilst the EU and US have not reached the stage of collectivism that Venezuela has reached, they are very clearly headed in that direction. What is alarming is that they are speeding up the process each year, and those who live in the EU or US are left to question how soon they will reach the level of Venezuela in its collectivist aspects.

Those of us who are West Indian (Caribbean) have had, over the last fifty years, the opportunity to observe this situation previously in island nations that made the mistake of choosing socialism or communism as a “better way,” then discovered the way in which collectivism limits or eliminates basic necessities.

In particular, in Cuba, a toilet paper shortage twenty years ago resulted in restaurants hiring aides to sit by the door of the loo and hand out paper – six squares to a diner. (It was customary to tip the aide a one peso coin for this service.)

Observing the above occurrences seems almost comical… unless you are actually experiencing it first-hand. Then it is not humorous at all.

Almost invariably, the collectivist government points the finger of blame for such shortages at suppliers of products, citing “capitalist greed” as the cause. However, if traced back to their origins, such shortages tend to prove to originate with the government itself.

Getting back to Venezuela, President Maduro has been quick to deny that recent shortages are in fact shortages at all. He has also denied that recent limitations on purchasable amounts of some goods amount to “rationing.” But his actions belie his words. He plans to issue computer chip cards to control consumer purchases of items such as rice, flour, cooking oil, sugar, and powdered milk.

The stated reason? To fight smuggling of price-controlled food across the border into neighbouring Colombia.

But whilst entertaining to read, what has any of this to do with the EU and US?

After all, these conditions do not exist in those jurisdictions. People do not carry plastic ration cards that monitor what they buy.

This is true, yet, as rightly stated by G. Edward Griffin,

“All collectivist regimes in their mature state incorporate rationing in one form or another, because a free market cannot function under rigid government controls.”

This is a given. The only remaining question is “When?”

At what point in the maturation of a collectivist state does government interference in the free market become so overriding that it is no longer practicable to maintain the steady supply of staple goods?

The answer is that, typically, this stage follows in the wake of capital controls and protective tariffs imposed by the government.

Both the EU and the US are now entering this stage in their decline. That would tend to suggest that, on the heels of these measures, rationing would be the next domino.

It is human nature to look only at the domino that is now facing us – not bothering to notice or examine the nature of the one that will follow it. And for this reason, it is quite easy to remain short-sighted and say, “That's preposterous – it couldn't happen here.” And yet, it is the very next step – the next domino after capital controls and tariffs.

It should not come as a surprise then, if Brussels or Washington were to announce, in the not-too-distant future, “Last year, Government instituted capital controls and tariffs to protect the people from corporate greed. These controls could potentially have solved all of the present difficulties, but have been hampered by opportunists who have circumvented the system. In order to eliminate these unlawful practices, Government hereby introduces purchasing cards – plastic credit-type cards that record the weekly purchase levels of the holder. The cards will assure that usurpers may not infringe upon supplies in such a way that the collective good of all citizens is threatened.”

At first, some may question the rationing cards, but those questions would fade as the media began to interview happy shoppers. The shoppers would state that they are “glad government stepped in to protect me. If they hadn't, I couldn't be sure I could feed my family. Now, we're secure again.”

And there it is. The greatest danger to individual freedom is always the (erroneous) promise of collective security. The security is rarely delivered on, but the loss of freedom is.

Those who do not live under collectivism often shake their heads in amazement that it is possible to impose such a system on a country's people. “Surely, they'd never stand for it. There'd be rebellion.”

But this is rarely so. The pattern is that such governments create the problem whilst blaming it on the free-market system. It then offers the “solution.” The solution is never increased freedom. It is always the loss of freedom for the gain of perceived security.

At any given point in time, there are countries in the world that are sliding into collectivism and governmental bondage. But, at the same time, there are invariably others who are either recovering from a previous bondage or are prospering in a limited-government atmosphere.

The choice for the individual essentially rests on the decision as to whether to live and invest in jurisdictions that are headed downhill at the present time, or those that are headed uphill.