At the latest G-20 meeting, central bankers, finance ministers, and an assortment of other central planners touted what they hoped would be a new “global standard” of the automatic sharing of financial information. 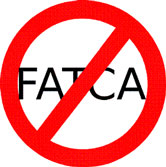 The US has taken the lead with the odious FATCA law and the EU has followed suit with its own version. Through FATCA and other measures, both are aggressively seeking new ways to undermine financial privacy.

Financial privacy should not be viewed in a negative light, as it is often portrayed. The Swiss view it as a fundamental human right to preserve dignity, akin to medical privacy. How would you feel if the government snooped into your medical records and automatically shared those records with foreign governments?

While it would appear the primary objective of this new “global standard” is to rake in more money for bankrupt governments, it seems another motive is at play here.

The optimistic estimate for FATCA is that it will bring in around $9 billion over 10 years or $900 million on average per year.

With the deficit in 2012 for the US federal government at $1.1 trillion, the expected $900 million from FATCA is not even a drop in the bucket (actually around one tenth of one percent). Even in the unlikely event that the US will moderately reduce its deficit in the future, the revenue from FATCA will remain a pittance in comparison.

So, it begs the question: Why would the US government go through all the enormous trouble of implementing FATCA if it's going to bring in such a meager amount of money?

If it's not money, it appears the primary motivation here is control. The new “global standard” is a path that will put governments around the world one step closer to being able to track and control every penny you earn and every penny you spend. It dovetails nicely with the global war on cash.

The time is short, but there is still an opportunity for you to legally avoid getting boxed in by desperate and out-of-control governments by internationalizing your savings, your income, yourself, and your digital presence out of their immediate reach.

Your first step is to tune into a fee Casey Research video on internationalization in which I will be interviewing experts on this very important topic. Sign up here to view it now.

Hope to see you there!