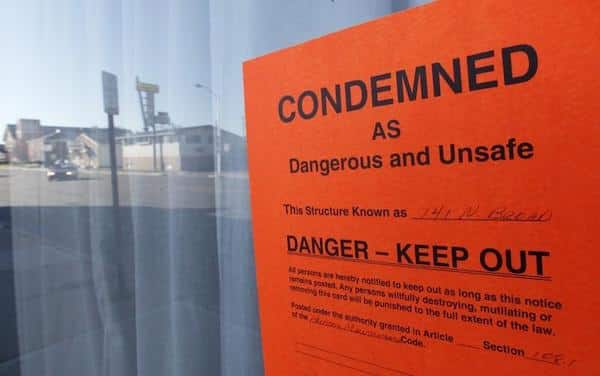 All countries have a “shelf-life” of sorts. Generally, they begin when an old, top-heavy government collapses from its own weight. The end of the old regime is characterized by civil unrest, revolution, secession, economic collapse or some combination of these conditions.

The new country generally has minimal government and little or nothing in the way of entitlements. It’s “sink or swim” for the people, and the recovery generally begins when a portion of the population rolls up its sleeves and creates an economy based upon production.

Over time, often a century or more, the population gets better at production and the country becomes wealthier. Along the way, whatever limited government existed has done all it could to expand itself. Governments, by their very nature, are parasites, living off the productive class, and eventually that parasite has the power to dominate those who produce, by promising largesse to those on the lower levels – who are in every society, the majority of voters.

This pattern has been followed for millennia. A nation establishes its freedom; it begins a productive economy; it develops wealth; it is taken over by a parasitical government; it goes into decline; it collapses, and the cycle begins anew.

At any point in history, there are always countries at every stage of this pattern.

Most of us have no problem in comprehending the initial stages, but, when the decline begins, it’s human nature to adopt the vain hope that the pattern will somehow reverse itself – that the snowball that’s rolling downhill ever more rapidly will somehow screech to a halt and roll back up the hill.

The worst stage, of course, is the inevitable collapse, and the stage when the greatest number of people are in the greatest level of denial is just prior to the collapse.

Only a few years before a collapse, most people in a country are still saying that it will all work out “somehow.” However, as the collapse gets closer, an increasing number of people start to say, “This is not going to work out. This is going to be very bad.”

And then, something quite surprising occurs. The vast majority of the individuals who see a dark future approaching them, just wait for the collapse to happen. They complain but remain.

Some of them buy a few cases of canned goods and store them in the cellar. Some buy weaponry. Some purchase some gold or silver in preparation for a monetary collapse.

Each of these preparations is likely to soften the blow of a systemic collapse. And each brings a level of comfort to the individual who recognizes that his country is reaching its sell-by date.

The trouble is, this comfort is much like driving a car whose brakes are failing. You realise that the car will soon go off the cliff but somehow take comfort in the fact that the car has an air bag.

Of course, it would be more costly and certainly much more inconvenient to have thought ahead and have bought a newer, safer car, yet very, very few people actually take that step prior to a national collapse.

Over the decades, I’ve routinely predicted market crashes and depressed economic periods before they occurred. This is not something that requires a crystal ball. The ability to see dramatic change coming is largely a question of three factors: study history, pay attention to unfolding events and be honest with yourself as to what those events indicate for the future.

Prior to each economic downturn, I’ve warned clients, partners, friends and associates as to what I saw coming. The reaction in each case was the same: only about ten percent actually bothered to listen to and remember the warnings. The others simply tuned it out.

Of the ten percent that listened, only about ten percent of that number actually prepared themselves for a possible change. Therefore, only about one percent actually were prepared when the change arrived on their doorstep and, so, were minimally affected.

Interestingly, whenever a negative economic shift occurred, the ninety percent who had tuned out the warning, almost invariably commented afterward, “No one could have seen this coming.” When reminded that they had been warned, they uniformly insisted that they’d never received any such warning.

They were not being untruthful – they simply had never taken the information on-board in the first instance and therefore had no recollection of it.

Since this was the case, these same individuals (the ninety percent) learned nothing from the downturn and they, almost to a man, repeated the same mistake when the next negative event occurred.

And so, as we get closer to the first of the economic dominoes that will fall, an increasing number of people are experiencing an inexplicable bad feeling in the pit of their stomachs. They recognize that something quite bad will soon befall them but don’t fully understand it.

Based upon past experience, my estimation is that only one in ten will recognize that trouble is headed their way and only one in that ten will actually take positive action to geographically remove himself from ground-zero in anticipation.

The image above tells us that a building has been condemned. As the notice states, it’s dangerous and unsafe. The notice is printed on brightly coloured paper, in case we’re still not paying attention.

Unfortunately, economic collapses do not come with such helpful notices. We must seek our own information and draw our own conclusions.

That does not, however, mean that a collapse won’t happen. It only means that we must be more diligent if we’re to ensure that we’re well-away when a collapse does come.

For many years, I’ve been advising people on internationalization – the practice of diversifying oneself economically and physically in order to minimize the likelihood of becoming a casualty of any one jurisdiction and its negative developments.

In the last year, as the collapse has been getting nearer, I’ve been seeing an increasing number of people who state that they’re not sure exactly what’s going to happen, but they realise that they’d better begin to prepare to remove themselves and their families from the growing threat.

Of these, once again, ninety percent are those whom I describe as the “complain but remain” group – those who have the visceral understanding that they’re soon to become collateral damage – those who ask for advice as to what they can do about it – yet, in the end, do less than what’s necessary to remove themselves from impending danger.

At present, it’s still possible to take action. All that’s necessary is to overcome inertia.

Editor’s Note: It’s clear misguided socialist ideas are running rampant in the US. All signs point to this trend accelerating until it reaches a crisis… one unlike anything we've seen before. That’s exactly why Doug Casey and his team just released this urgent video. Click here to watch it now.