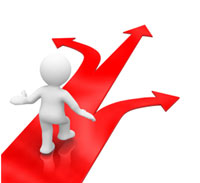 An article was published in Uruguay that has received little notice outside of Latin America. This article refers to Cuban dissident Yoani Sánchez, also little-known in the First World. Ms Sánchez has recently been allowed to travel outside of Cuba for the first time, as a result of the elimination of “exit visas.” The requirement for exit visas was imposed in 1961 to stop Cubans who opposed the then-new Castro regime from being able to leave Cuba. (Editor’s note: The regime in Washington imposes an “exit tax” for certain Americans who renounce their citizenship.)

It's comforting to think that Ms Sánchez and all Cubans are experiencing the early stages of a more open Cuba, just as the peoples of East Germany, Russia, China, and other countries have experienced in recent decades. This is another reminder that the concept of totalitarian socialism/communism is not a very workable one and cannot last indefinitely.

Therefore, the real importance that the elimination of exit visas in Cuba might have for the reader of this article (who very likely has never needed to apply for one), is to question whether this requirement might be in his future.

There does not seem to be a lot of discussion out there on this topic, yet I believe that it is a very significant one that should be a part of regular discussion for anyone who presently holds only one passport – that of the country in which he resides. For people in this category, if their home country is also experiencing a significant economic decline (as we see in many First-World countries), one would be wise to consider whether their country might soon be experiencing a flight by a significant portion of its population. Such flights are common when countries experience a significant economic decline, or a decline in freedom.

Many people in the First World, who, until recently, were hoping that “everything will sort itself out,” are now become increasingly concerned that this will not occur – that, instead, the situation is likely to worsen, possibly quite substantially.

For those who now find themselves in that situation, the old method of waiting to see what occurs, then deciding how to deal with the new normal, is no longer working. In today's world, it is becoming essential to project what the future will bring.

Case in point: If the reader lives in a country where laws are being written to limit his ability to expatriate a portion of his wealth, or, worse, to repatriate it if it has already been internationalised, he would do well to examine which of his freedoms will be the next to be lost.

There is little discussion at present over whether it may soon be necessary in some counties that are part of what was once called the “free” world, to apply for an exit visa in order to travel outside that country.Yet, historically, declining countries commonly impose such restrictions to assure that their citizens do not seek greener pastures.

There is the tendency in all of us to say, “They couldn't possibly do that. If they did, then, for all practical purposes, we'd be living in the Soviet Union.” And yet, in much of the First World, residents are already accepting as “the new normal,” governmental edicts that, only ten years ago, would have been unthinkable.

Rather than look at the present and say, “Well, it's worse than it was, but I can still live with it,” perhaps the greater wisdom would be to examine the direction in which one's government is headed and then project out the logical conclusion to this direction. Then, assess whether that projected future is one in which we would be content to live.

If the answer is no, we may alter our investment philosophy and even buy a bit of precious metal for a rainy day, but such minor adjustments will not protect those who may find that they are trapped in a country where the oppression is expanding exponentially. In such a condition, the one and only alternative is to “get out of Dodge.”

The Comfort of Sameness

The trouble is, it is human nature not to want to face such a decision. We may like to travel, but only as tourists. We become accustomed to the house we live in, we like the selection of food at our local supermarket, and we even take a certain comfort in the fact that we know our neighbours, even if they are not our favourite people. There is an unquestioned comfort in the relative stability of our immediate surroundings.

The prospect of moving to a location outside of an increasingly oppressive country is an enormous step to take. Will I be able to find employment? Will my wife be able to speak English to her hair stylist? Will my children be able to go to soccer practice?

The more the prospect of such a dramatic change is considered, the more unpalatable it becomes. It represents dramatic change, and, truth be told, most of us prefer the comfort of sameness.

And, just as has happened over the milllenia, the great majority of people will not think any further on the subject, as it causes so much discomfort. It is easier to say, “But I like it here.”

Thus, we return once again to the central truth that we would prefer to avoid. If “here” is going to remain as it is, then, by all means, it makes sense to retain the comforts that go along with it.

However, if we conclude that, in the future, “here” will no longer exist as it presently is, the fact that our familiar surroundings may remain the same will be of little comfort. Unfortunately, if we attempt at that late date to create an exit strategy, we will discover two things. The first will be that that there are large numbers of our fellow citizens attempting to do the very same thing, and we may find that new travel restrictions have been passed in our own country. The denial of passports may become common, and the requirement to apply for exit visas may be in place. Second, we will discover that, just as has occurred throughout history, the doors that once welcomed new arrivals are now closing, as too many have applied for residency.

You can learn all about internationalizing yourself with second passports… moving your cash offshore… setting up an offshore LLC… investing in international stock markets and foreign real estate…. It's all available in an information-packed special report from Casey Research titled Going Global 2013. You won't find a better resource for internationalizing your life and your assets. Click here to get started today.