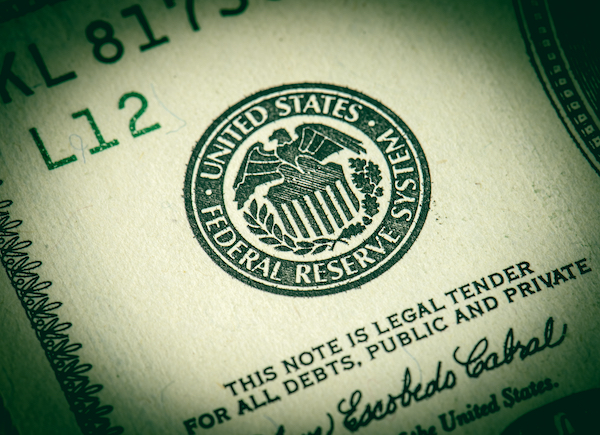 The Fed is the most profitable company in the world by far. 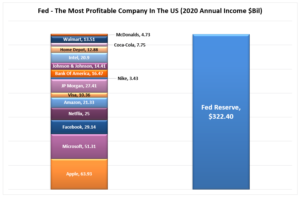 The $322 billion of net profit was not a COVID-year aberration. The Fed has actually earned an average profit of $350 billion per year for the last decade.

So the question recurs: How does it earn such massive net income on assets that barely generate a yield?

The first order effect of unbridled central bank balance sheet expansion is far lower bond yields than would exist on the free market under a regime of sound money.

The mechanism by which this financial fraud is accomplished is plain as day. When the Fed buys Uncle Sam’s debt, bond supply shrinks, prices rise and yields fall. So doing, the Fed invites all economic actors to borrow like there is no tomorrow because it has deeply and deliberately falsified the cost of carry.

Eventually, the Fed’s money-pumping ultimately leads to CPI inflation. That’s because governments are induced to borrow at will to fund a ballooning level of transfer payments — the wherewithal for household spending which is not matched with an equivalent increase in the supply of goods and services.

Stated differently, the Fed exchanges fiat credits for real financial assets that Washington had previously issued to fund the purchase of labor, capital and technology resources.

The best way to understand today’s inflationary tidal wave and why we are in wholly uncharted monetary waters, is to review the Fed’s actual financial statements. They are almost never remarked upon, but they actually make the idea of creating money from thin air come dramatically alive because money printing is insanely profitable when you have a legal monopoly.

There is really no mystery as to why the Fed is so profitable: It harvests interest income from its $8.1 trillion asset portfolio like a normal bank, modest as the yields may be. But unlike commercial banks, the Fed’s funding costs or liabilities entail hardly any expense at all.

That’s because it prints them!

Editor’s Note: The truth is, we’re on the cusp of an economic crisis that could eclipse anything we’ve seen before. And most people won’t be prepared for what’s coming.