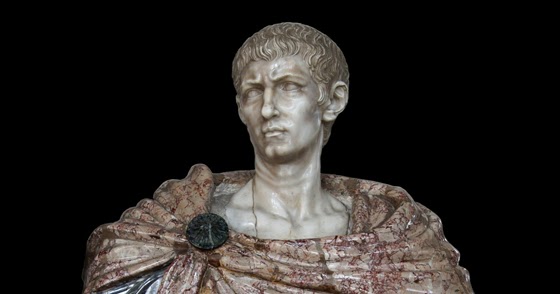 History has an extraordinary tendency to repeat itself time and again.

The same mistakes that rulers make in one era are repeated in subsequent eras. Political leaders have a nagging habit to want to grow governments to unmanageable proportions, invading other sovereign nations, whilst increasingly dominating the electorate at home.

Invariably, this proves extremely costly and the bill is always passed to the people, first in the form of taxation and, ultimately, in the form of confiscation. Eventually nations and empires collapse under the great weight of their own governments.

And, time after time, the same patterns are followed, particularly during the declining stages. Declining nations follow similar patterns with uncanny regularity.

Let’s have a look at just three – first, Rome - an ancient empire that collapsed, then Venezuela - a country that’s currently collapsing, then the US - a country that’s well along in the process, but is just now entering the final stages prior to collapse.

1. Began as a republic after overthrowing a monarchy

2. For a considerable time, prosperity existed, as the economy was based upon sound money – gold & silver

3. Government grew in size and cost and, increasingly, dominated and controlled the economy

4. Excessive spending by government, on warfare and welfare, led to massive deficits

5. Taxes were repeatedly increased in order to pay for the deficits

6. When taxation had reached a saturation point, the currency was debased, in order to continue the transfer of wealth to the government

8. Rather than correct the problem by cutting expenditures, price controls were instituted, dictating fixed prices on goods and services

9. Unable to raise prices to counter inflation, producers of goods and services ceased providing them

10. Hyperinflation kicked in, destroying the economy.

11. The productive people of Rome simply gave up and began to leave.

It’s interesting to note how major a role the elimination of real money had on the collapse. The various stages of denigration of money led to the fall of the empire.

And, this was not an isolated incident. The same series of events has been seen repeatedly in history. Government becomes obsessive in its own growth and expects the people to pay for their adventures in warfare and self-aggrandizement.

The natives become restless, so Bread & Circuses are introduced – a welfare state to placate the proletariat. This becomes unsustainable, so excessive taxation, monetary debasement, expanded warfare and, finally, price controls are undertaken.

Then, the inevitable collapse occurs.

And it’s just as true today. The same pattern continues. Re-read the above eleven points, but substitute “Venezuela” for “Rome.” And substitute “Maduro” for “Diocletian.”

Venezuela today is a dead ringer for Rome in every way.

But, of course, Venezuela is a third-world country and, whilst we may sympathise, we can sit back and say, “I’m glad it’s not me that’s caught up in such a hopeless situation.”

But what if we were to read the above list once again, replacing “United States” for “Rome?”

Well, in fact, we have another match, on all events. However, the US hasn’t reached the point at which the new emperor, Diocletian takes power. If the pattern continues in the US as it has played out repeatedly in history, we can say that the US is primed for its own Diocletian and the balance of the above list is in store for the US.

But is that likely? Well, let’s have a look.

The US stock and bond markets are now in a bubble of historic proportions and the present bull market is the longest in history. A crash would appear to be unavoidable. If that were to happen prior to November, 2020, it’s relatively certain that the US would vote in a new president who would offer promises to bail out the suffering masses. And, yes, this would unquestionably create massive debt, deficits and inflation.

8. Rather than correct the problem by cutting expenditures, price controls were instituted, dictating fixed prices on goods and services

As inflation is a certainty after a crash, so the public’s inability to pay the ever-increasing prices will be a certainty. And, like Diocletian, the new president would seek to place limitations on price increases in order to remain popular.

9. Unable to raise prices to counter inflation, producers of goods and services simply ceased providing them.

In Venezuela, as in Rome, production costs rose, but Maduro placed a ceiling on prices that manufacturers could charge, assuring that even essentials like toilet paper became more costly to make than they could legally be sold for.

Consequently, factories simply shut down. Many goods and services ceased to be available, just as they had under Diocletian.

10. Hyperinflation kicked in, destroying the economy.

Once the above conditions have taken place, hyperinflation is almost a given. No country ever wants hyperinflation, yet governments have, throughout history, inadvertently created it through the same missteps above. (In the last century alone, there have been more than twenty hyperinflations in the world.)

11. The productive people of Rome simply gave up and began to leave.

As unlikely as it seemed at the time, manufacturers, shop owners, tradesmen and other productive people left Rome. Most went north, to live amongst the barbarians. Their new life was more basic, but at least it was possible to do a day’s work and make money, without the destructive interference of an all-powerful government.

Similarly, in Venezuela today, thousands are heading for the borders on all sides and exiting a dying economy. And, again, it’s the more productive people who are the most inclined to exit. They seek an opportunity to live and work in a country where they can actually provide for their families.

If this last event were to take place in the US, the country would face the dual problem of having the productive people create an exodus out of the country, in the midst of a government-created exodus into the country by non-productive illegals.