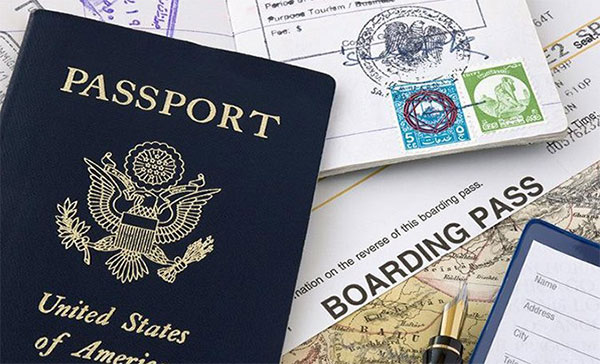 The only thing left was the coffee roaster.

After all, it was 1,500 pounds and made of iron. The thieves couldn’t pick it up and the bombs couldn’t blow it apart.

Amin Younes bought the roaster in 1960 for Café Younes, his coffeehouse in downtown Beirut, Lebanon.

At the time, Beirut was a hip tourist destination and a thriving international banking center. It got its nickname, “the Paris of the Middle East,” thanks to its French influences and vibrant cultural and intellectual life.

This prosperous period didn’t last, though. In 1975, Lebanon erupted in a civil war. Like most civil wars, it was a conflict brewed from a complex mix of religion, politics, and money. The bloody conflict lasted more than a decade and destroyed the once beautiful downtown area of Beirut.

Café Younes was located near the dividing line that separated the warring factions. It was a no man’s land. Anyone who ventured there risked getting picked off by a sniper.

A successful Lebanese business owner I know grew up near the area. He described to me how, as a child, he and his friends would tempt fate by running through the rubble and dodging potshots. It’s the kind of mischief kids get into while growing up in a war zone with nowhere to go and nothing to do.

It had been over three years since the start of the war and since a customer had stepped into Café Younes. By that time, fires and explosions had destroyed the café. Thieves had stolen nearly everything of value… except the huge, 1,500-pound coffee roaster. It was the only thing bolted down.

In 1978, there was a brief pause in the fighting. This short ceasefire made the area safe to visit. So, Amin Younes and his father went to their café. They managed to get the coffee roaster out of the battle zone and to a safe area in the mountains. It remained there until the end of the war.

There was more than a sentimental reason to retrieve the roaster. This machine isn’t any ordinary coffee roaster. It’s a rare and old-fashioned model. One that roasts the beans slowly and to perfection. Using this old-fashioned roaster gives the coffee a distinct taste. It’s simply something that modern roasters can’t replicate.

Today, the old machine sits in the Café Younes branch in the Hamra neighborhood of Beirut. It still roasts the beans that make the coffee in the café. It still makes one of the best cups of coffee I’ve ever had. If you ever make it to Beirut, I’d recommend you try it, too.

This story shows the resilience of Lebanon in the face of seemingly endless crises. It’s more relevant than ever now that the area around Lebanon is in the midst of a huge crisis. 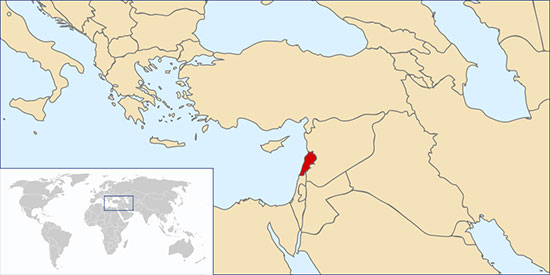 A bloody conflict has been raging in Syria, Lebanon’s much larger neighbor, for over six years. What started as a local conflict has morphed into a regional and global showdown. It’s the most consequential military conflict on the geopolitical chessboard today.

You have Russia, Iran, Hezbollah, and the Iraqi government backing the Assad government in Syria. The U.S., Turkey, Saudi Arabia, Qatar, and others are backing the Syrian rebels, many of whom have links to Al Qaeda and other extremists. The Kurds work with both the American side and the Russian side.

And then there’s the Islamic State, which is fighting everyone. It’s one gigantic and seemingly intractable mess… right next door to tiny Lebanon.

Chances are, if you’re reading the newspaper and it’s talking about a crisis, Syria is involved somehow.

I prefer to look at people as individuals and not in terms of groups. But if I had to look at the Lebanese as a group, I’d say they are some of the most business-savvy, dynamic, and all around enjoyable people I’ve come across in my years of traveling the world. Most Lebanese speak three languages: Arabic, French, and English.

Another thing that sticks out about the Lebanese is that many of them understand the importance of internationally diversifying.

Lebanon’s long history as a maritime trading power is one reason for this. Another reason is that Lebanon’s geographic location—at the crossroads of the East and West—has long fostered broad international interaction. The concept of diversifying internationally is something that has come naturally to the Lebanese for many centuries.

In more modern times, the perpetual instability in the country has underscored the need to be politically diversified.

How I Met Doug Casey

Unfortunately, most people have the mind-set of medieval peasants. They’re afraid to leave their village for fear there might be dragons.

I’ve always been keen to travel to far-off places outside the usual tourist circuit.

Anybody can go to France, or England, or Germany anytime… Big deal, everybody’s done that.

I much prefer going to the countries on the U.S. government’s bad-boy list, or the countries you’re not supposed to go to. These strange places with bad press are exactly the countries that you should go to. They’re far more interesting, and you’ll have more adventures.

This is why I chose to go to Lebanon.

For a little over two years, I lived in Beirut in an apartment right around the corner from Café Younes while I worked for an investment bank.

I really liked Lebanon. It felt different than anywhere I’d ever been before. I couldn’t put my finger on exactly what it was at the time, but I knew I liked it.

I would come to realize Lebanon doesn’t really fit into the cookie-cutter mold of the nation-state template. Most modern countries have strong central government institutions. Lebanon doesn’t. It’s one of the reasons I find the place fascinating.

Later, I had the chance to meet Doug Casey when he visited Beirut. That meeting (about seven years ago) would eventually lead me to join Casey Research, where I remain happily to this day.

Living in Lebanon was like an advanced training course in Middle East and global geopolitics. The country is an unnatural and dysfunctional state that houses a living encyclopedia of religions and ethnicities.

Unfortunately for the Lebanese, outsiders have used the country as a soccer field, where regional and global powers play out their rivalries and keep score by the body count. Everyone has his favored group in Lebanon.

If you understand Lebanese politics, you understand the Middle East. That has helped me better appreciate the true nature of the big-picture trends in the world, which is essential to being a successful investor.

Speaking of being a successful investor, Doug Casey and I travel around the globe to find the world’s best investment opportunities.

We recently released a new report on a technique I call “the most powerful wealth-building secret in investing.”

Master this skill and you’ll consistently spot opportunities to make five or 10 times your money on safe investments. Click here to learn more.