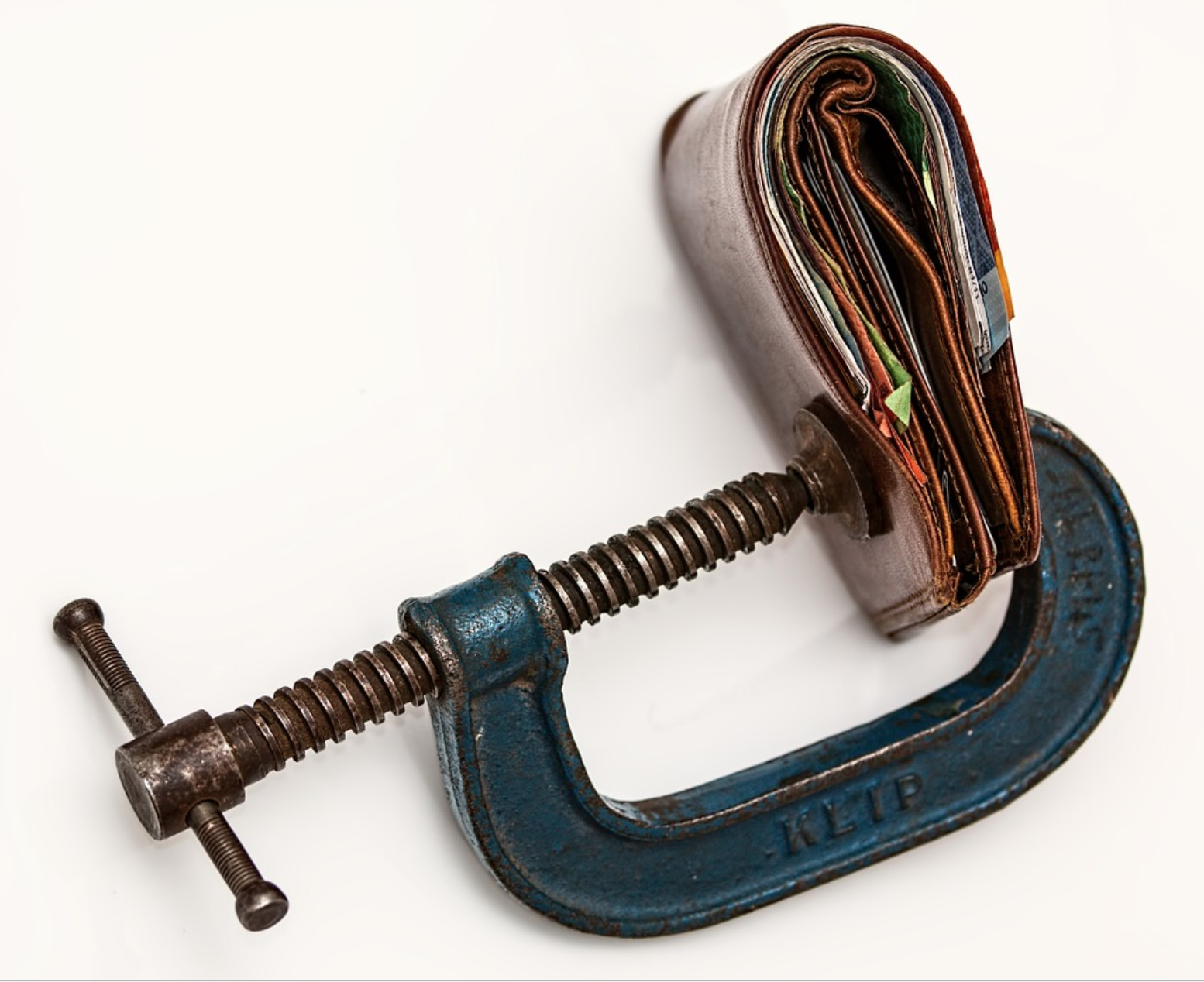 It’s clear there is an unstoppable trend towards more socialism in the US.

I think inflation is the primary factor driving this trend. Americans feel squeezed because the cost of rent, medical insurance, and tuition, as well as other basic living expenses, is rising much faster than their wages.

This creates very real problems for ordinary people. In response, more and more turn to Santa Claus politicians that promise supposed freebies, like a $15 minimum wage or universal basic income.

Why the Cost of Living Has Exploded

This is all a predictable consequence of the US abandoning sound money.

By every measure—including stagnating wages and rising costs—things have been going downhill for the American middle class since the early 1970s.

August 15, 1971, to be exact. This is the date President Nixon killed the last remnants of the gold standard.

Since then, the dollar has been a pure fiat currency. This allows the Fed to print as many dollars as it pleases. And—without the discipline imposed by some form of a gold standard—it does precisely that. The US money supply has exploded 2,106% higher since 1971.

The next chart illustrates this dynamic. It measures US hourly wages priced in gold grams (the number of gold grams the average person’s hourly income could buy).

Measured in gold, wages in the US have fallen over 84% since 1971. That’s an astounding drop. 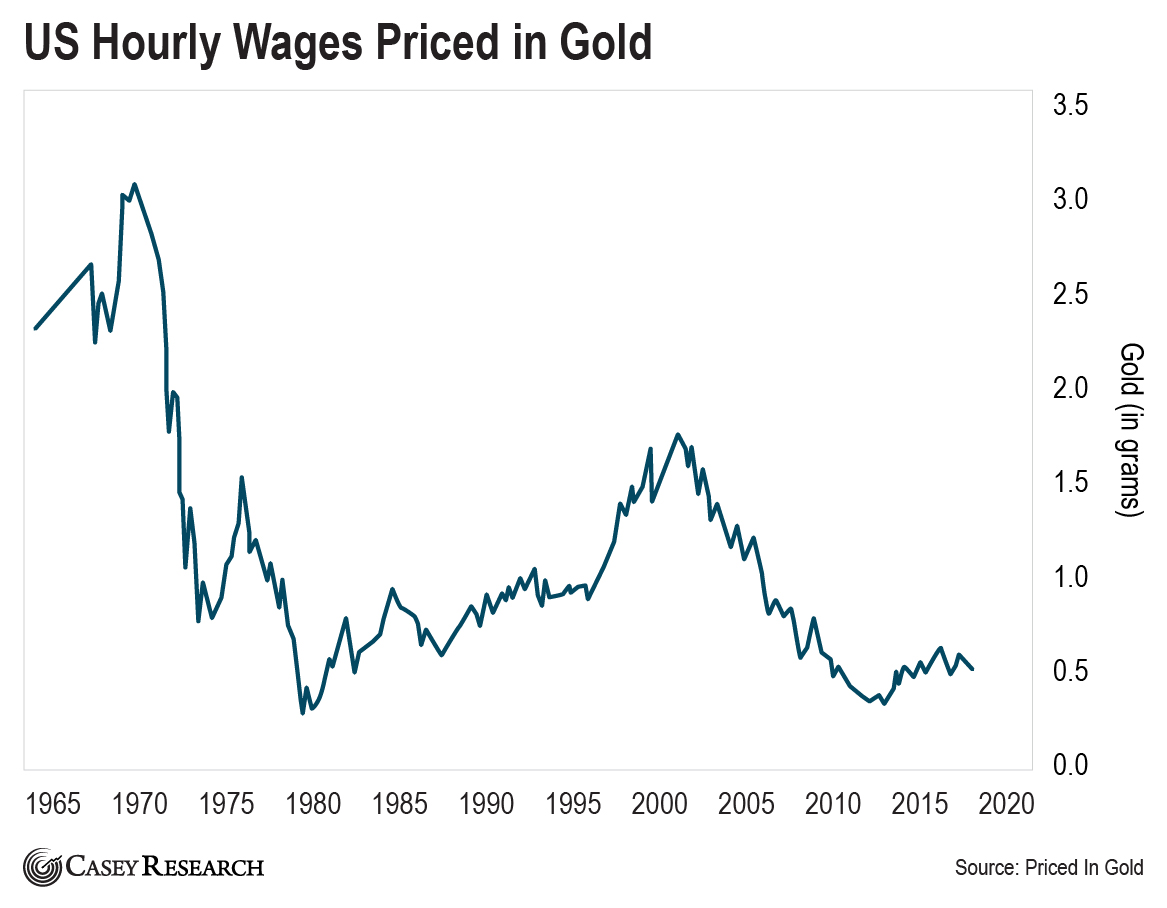 The next chart measures the federal minimum wage in terms of gold grams. Priced in gold, the minimum wage has fallen 87% since 1968. 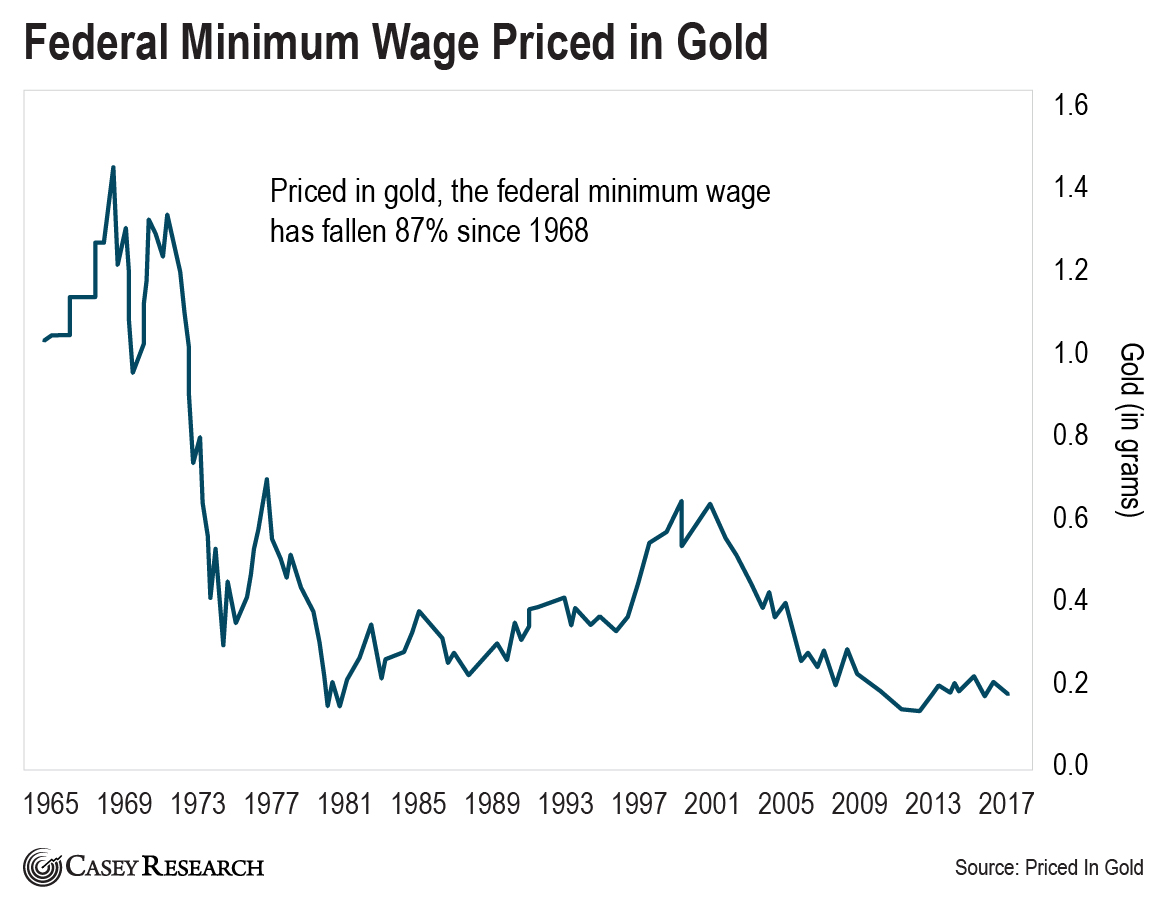 This is why millennials and millions of others are gravitating toward socialism.

They feel the economic pain of inflation every day. They know it’s becoming harder and harder to maintain a middle-class lifestyle. They just don’t understand why. So, they succumb to the siren’s call of freebies.

Perverse as it is, the policies demanded by people suffering from inflation create even more inflation.

Inflation has a way of perpetuating itself. The more inflation reduces living standards, the more people push for programs that create even more inflation. This includes things like universal basic income and a higher minimum wage… which in turn creates a cycle of inflation.

What people should really fight for is a return to sound money. It’s the only way to end this insidious cycle. But that’s not going to happen. 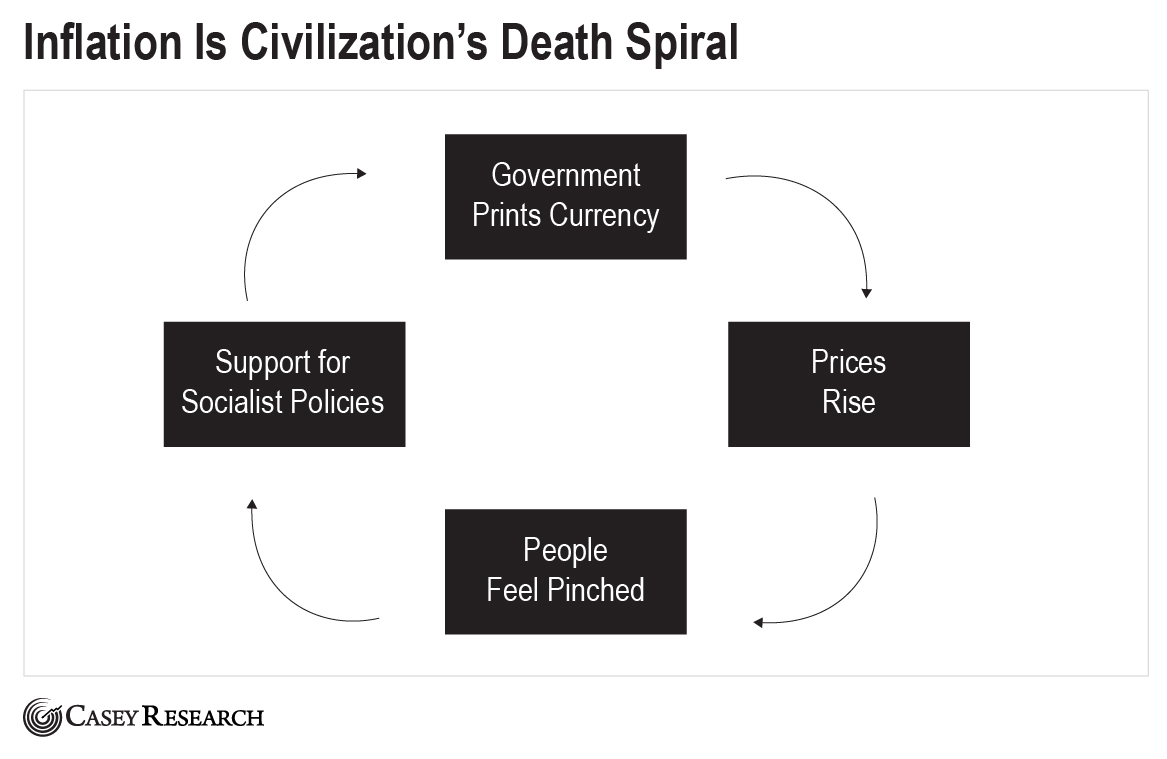 Most of America Lives Off the Government

At this point, we have to ask ourselves whether the political situation in the US will improve. Unfortunately, the data points to a troubling, but inevitable, answer… “no.”

The reason is simple: a growing majority of US voters are addicted to the heroin of government welfare.

An estimated 47% or so of Americans already receive some form of government benefit. But I don’t think that accurately reflects the situation. At least, not when you consider all the government employees, along with those in the nominally private sector who feed off the warfare state. This includes defense and other government contractors who win huge, no-bid contracts.

People involved in the military-industrial complex live off government slops as much or more than those who collect food stamps and other traditional forms of welfare. Yet they aren’t counted in the statistics. Any honest account of who depends on the government needs to include them.

When you count everyone who lives off of political dollars, we’re already well north of 50% of the US population.

In other words, the US has already crossed the Rubicon. There’s no going back.

The growing majority of people who depend on the government guarantee that socialist policies will continue and likely accelerate. It’s why Bernie Sanders and his ilk are growing in popularity.

I think this trend is unstoppable. There’s no way a meaningful number of these people would ever vote to stop their government benefits. No one voluntarily breaks his own rice bowl.

The notion that a significant number of people living off of government largesse will come around to a libertarian way of thinking is a pipe dream.

Even the Libertarian Party has become a crude parody of a real libertarian, free market, voluntaryist philosophy.

There is simply no hope for positive change from the political system. That means one thing is certain: an ever-increasing amount of money printing to pay for all these government programs.

How to Protect Your Wealth

Unfortunately, most people have no idea how bad things can get when socialist government policies spin completely out of control, let alone how to prepare.

Owning some physical gold is step one. This is something everyone should do.

Gold is the ultimate form of wealth insurance. It’s preserved wealth through every kind of crisis imaginable. It will preserve wealth during the next crisis, too.

The price of gold tends to be inversely related to the value of the dollar.

I expect gold to soar in the years ahead as the political inflation cycle plays out.

In addition to physical gold, you’ll also want leveraged upside to grow your wealth. For that, I suggest looking to companies that produce precious metals.

Editor’s Note: Whether it’s groceries, medical care, tuition, or rent, it seems the cost of everything is rising.

At the same time, the world is facing a severe crisis on multiple fronts.

It’s created an economic situation unlike we’ve ever seen before, and it’s all building up to a severe crisis on multiple fronts.

That’s exactly why NY Times bestselling author Doug Casey and his team just released an urgent report on how to survive and thrive during an economic collapse. Click here to download the PDF now.