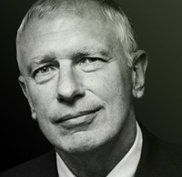 Trillions of dollars of debt, a bond bubble on the verge of bursting and economic distortions that make it difficult for investors to know what is going on behind the curtain have created what author Doug Casey calls a crisis economy. But he is not one to be beaten down. He is planning to make the most of this coming financial disaster by buying equities with real value—silver, gold, uranium, even coal. And, in this interview with The Mining Report, he shares his formula for determining which of the 1,500 “so-called mining stocks” on the TSX actually have value.

The Mining Report: This year's Casey Research Summit is titled “Thriving in a Crisis Economy.” What is the most pressing crisis for investors today?

Doug Casey: We are exiting the eye of the giant financial hurricane that we entered in 2007, and we're going into its trailing edge. It's going to be much more severe, different and longer lasting than what we saw in 2008 and 2009. Investors should be preparing for some really stormy weather by the end of this year, certainly in 2015.

TMR: The 2008 stock market embodied a great deal of volatility. Now, the indexes seem to be rising steadily. Why do you think we are headed for something worse again?

DC: The U.S. created trillions of dollars to fight the financial crisis of 2008 and 2009. Most of those dollars are still sitting in the banking system and aren't in the economy. Some have found their way into the stock markets and the bond markets, creating a stock bubble and a bond superbubble. The higher stocks and bonds go, the harder they're going to fall.

TMR: When Streetwise President Karen Roche interviewed you last year, you predicted a devastating crash. Are we getting closer to that crash? What are the signs that a bond bubble is about to burst?

DC: One indicator is that so-called junk bonds are yielding on average less than 5% today. That's a big difference from the bottom of the bond market in the early 1980s, when even government paper was yielding 15%.

TMR: Isn't that a function of low interest rates?

DC: Yes, it is. Central banks all around the world have attempted to revive their economies by lowering interest rates to all-time lows. It's discouraging people from saving and encouraging people to borrow and consume more. The distortions that is causing in the economy are huge, and they're all going to have to be liquidated at some point, probably in the next six months to a year. The timing of these things is really quite impossible to predict. But it feels like 2007 except much worse, and it's likely to be inflationary in nature this time. The certainty is financial chaos, but the exact character of the chaos is, by its very nature, unpredictable.

TMR: Casey Research precious metals expert Jeff Clark recently wrote in Metals and Mining that he's investing in silver to protect himself from an advance of what he calls “government financial heroin addicts having to go cold turkey and shifting to precious metals.” Do you agree or are you more of a buy-gold-for-financial-protection kind of guy?

DC: I certainly agree with him. Gold and silver are two totally different elements. Silver has more industrial uses. It is also quite cheap in real terms; the problem is storing a considerable quantity—the stuff is bulky. It's a poor man's gold. We mine about 800 million ounces (800 Moz)/year of silver as opposed to about 80 Moz/year of gold. Unlike gold, most of silver is consumed rather than stored. That is positive.

TMR: Are you are saying that because silver is more volatile generally, that is good news when the trend is to the upside?

DC: That's exactly correct. All the volatility from this point is going to be on the upside. It's not the giveaway it was back in 2001. In real terms, silver is trading at about the same levels that it was in the mid-1960s. So it's an excellent value again.

TMR: In another recent interview, you called shorting Japanese bonds a sure thing for speculators and said most of the mining companies on the Toronto Stock Exchange (TSX) weren't worth the paper their stocks were written on, but that some have been priced so low, they could increase 100 times. What are some examples of some sure things in the mining sector?

DC: Of the roughly 1,500 so-called mining stocks traded in Vancouver, most of them don't have any economic mineral deposits. Many that do don't have any money in the bank with which to extract them. The companies that I think are worth buying now are well-funded, underpriced—some selling for just the cash they have in the bank—and sitting on economic deposits with proven management teams. There aren't many of them; I would guess perhaps 50 worth buying. In the next year, many of them are likely to move radically.

TMR: Are there some specific geographic areas that you like to focus on?

DC: The problem is that the whole world has become harder to do business in. Governments around the world are bankrupt so they are looking for a bigger carried interest, bigger royalties and more taxes. At the same time, they have more regulations and more requirements. So the costs of mining have risen hugely. Political risks have risen hugely. There really is no ideal location to mine in the world today. It's not like 100 years ago when almost every place was quick, easy and profitable. Now, every project is a decade-long maneuver. Mining has never been an easy business, but now it's a horrible business, worse than it's ever been. It's all a question of risk/reward and what you pay for the stocks. That said, right now, they're very cheap.

TMR: Let's talk about the U.S. Are we in better or worse shape as a country politically and economically than we were last year? At the Casey Research Summit last year, I interviewed you the morning after former Congressman Ron Paul's keynote, and you said that you hoped that the IRS would be shut down instead of the national parks. There's no such shutdown going on today, so does that mean the country is more functional than it was a year ago?

DC: It's in worse shape now. The direction the country is going in is more decisively negative. Perhaps what's happening in Ferguson, Missouri, with the militarized police is a shade of things to come. So, no, things are not better. They've actually deteriorated. We're that much closer to a really millennial crisis.

TMR: Your conferences are always thought provoking. I always enjoy meeting the other attendees—it's always great to talk to people from all over the world who are interested in these topics. But you also bring in interesting speakers. In addition to your Casey Research team, the speakers at the conference this year include radio personality Alex Jones and author and self-described conservative paleo-libertarian Justin Raimondo. What do you hope attendees will take away from the conference?

DC: This is a chance for me and the attendees to sit down and have a drink with people like Justin Raimondo and author Paul Rosenberg. I'm looking forward to it because it is always an education.

Another highlight is that instead of staging hundreds of booths of desperate companies that ought to be put out of their misery, we limit the presenting mining companies in the map room to the best in the business with the most upside potential. That makes this a rare opportunity to talk to these selected companies about their projects.

TMR: We recently interviewed Marin Katusa, who was also excited about the companies that are going to be at the conference. He was bullish on European oil and gas and U.S. uranium. What's your favorite way to play energy right now?

DC: Uranium is about as cheap now in real terms as it was back in 2000, when a huge boom started in uranium and billions of speculative dollars were made. So, once again, cyclically, the clock on the wall says buy uranium with both hands. I think you can make the same argument for coal at this point.

TMR: You recently released a series of videos called the “Upturn Millionaires.” It featured you, Rick Rule, Frank Giustra and others talking about how you're playing the turning tides of a precious metals market. What are some common moves you are all making right now?

DC: All of us are moving into precious metals stocks and precious metals themselves because in the years to come, gold and silver are money in its most basic form and the only financial assets that aren't simultaneously somebody else's liability.

TMR: Thanks for your time and insights.

You can see Doug LIVE September 19-21 in San Antonio, TX during the Casey Research Summit, Thriving in a Crisis Economy. He'll be joined on stage by Jim Rickards, Grant Williams, Charles Biderman, Stephen Moore, Mark Yusko, Justin Raimondo, and many, many more of the world's brightest minds and smartest investors. To RSVP and get all the details, click here.