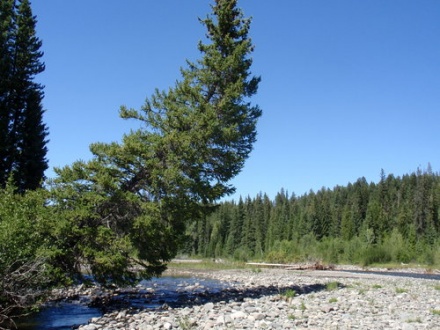 “If a tree falls in a forest and no one is there to hear it, does it make a sound?”

Since that time, generations of university philosophy professors have required their students to consider the question. Countless classroom time has been taken up in pondering it. In many cases, students would be required to write a report containing their answer and they might even be graded on it.

Of course, this is the world of academia, which consists almost entirely of theory, not practical application. But, in the functioning world, it makes not the slightest difference whether the tree makes a sound or not. The lumberjack who actually encounters the tree is unconcerned with the philosophical question. He only cares that he has a tree he can cut.

He represents those who produce, rather than those who theorise.

And so it is with the field of International Diversification. It can be described as taking place in three stages:

Typically, when a country (or empire) has been corrupted by its leaders to such a degree that it’s reaching its sell-by date, some people begin to see the writing on the wall. Although many remain at home, complaining bitterly that their leaders are selling them out, a smaller number of people recognise that the country has passed the point of no return and make the choice to leave the dying leviathan rather than go down with it.

We’re presently passing through such a period in which a significant number of people will be leaving the countries of their birth, particularly those countries that were once referred to as the “Free World.”

But, this is nothing new. For millennia, countries and, indeed, empires, have self-destructed with regularity and, in each case, those who realise that the livability of those countries is about to end, begin their exodus. At first, they’re few in number; then, as the writing on the wall becomes increasingly visible, more leave. In the final stage of exodus, major events occur, making it blindingly obvious to a large percentage of the population that their place of residence is about to become considerably less livable.

In this final stage, there’s often a flood of people who attempt to exit; however, it’s often the case that, just prior to this time, two things occur:

First, the leaders of the country that’s in decline pass legislation that’s designed to keep their minions in and, second, those countries that previously welcomed a small number of new residents realise that they may soon be faced with a flood of arrivals. They then pull in the “welcome” mat and close the door to further grants of residency.

And, so, those who leave early and leave quietly, tend to be those who are successful, repatriating themselves to one of the countries that’s relatively freer at that point in time. They then set up shop, begin to invest and produce, and take advantage of that greater freedom.

The Exodus Is Not Noted as Having Importance

Typically, when the period is written up later in the history books, little note is made of the exodus.

Why should this be? After all, those who leave are often the best and brightest – those who had the vision to see the future. Not coincidentally, such people also tend to be those who come up with the new ideas; pushing technology, investment and production forward. These people therefore tend to be those who create the prosperity that makes a country great.

So, why is this important occurrence so seldom noted?

Well, at the time, everyone is wrapped up in the excitement of events that are unfolding in a major way. The news media tend to focus on the events themselves, and the fear, anger and confusion that are generated. The exit of a relatively small percentage of productive people is not as compelling as those who are storming the Bastille or those who are promoting themselves as the next leaders, based upon promises of radical change.

The exodus, therefore becomes a marginal event, not worthy of concern or discussion.

No Lesson Is Learned

When the history is written, the focus is on the more exciting events, the names of the primary figures and the devastation that has occurred. And those who read that history, learn only what’s been made available to them.

In studying history, we see mentions of the productive class making an early exit in each instance, but in almost every case, this is treated by the historian as a footnote.

This is most unfortunate, as when, for example, much of the merchant class quietly exited Rome in its latter days, it did not merely represent the loss of a body of reliable taxpayers, it assured that, when the most productive citizens had gone, there would be no one to rebuild Rome after its decline and fall.

The result was that Rome never returned to its former glory. And this held true for the Ottoman Empire, the Spanish Empire, the British Empire, and so on down the line.

The flip-side of this is that, when the leavers arrived at their new destination, they then did what they’re best at – building, investing and producing. This acted like a shot in the arm for their new countries, helping them to rise up even as their former country was crumbling.

And so, we’re presently witnessing the next iteration of that repeating occurrence.

Thousands of people are exiting the former Free World for the opportunity to expand, invest and produce elsewhere on the globe. Their numbers are on the increase and yet, the exodus goes without notice.

Like a tree falling in a forest, it occurs, for the most part, unheard. Most likely, the academics of the future will pay it little mind, yet, in any era, whenever one country or empire falls, another invariably rises to take its place. And this happens, in part because a new destination offers the freedoms that are ending in the previous location and, in part because a “brain drain” from the former jurisdiction to the new one takes place.

For the sake of history, it’s unfortunate that this ever-repeating occurrence receives minimal notice.

But, for the individual, it’s especially unfortunate, as the historic certainty of it informs us that it’s those who vote with their feet at such a time that create and receive the direct benefits of the next renaissance.