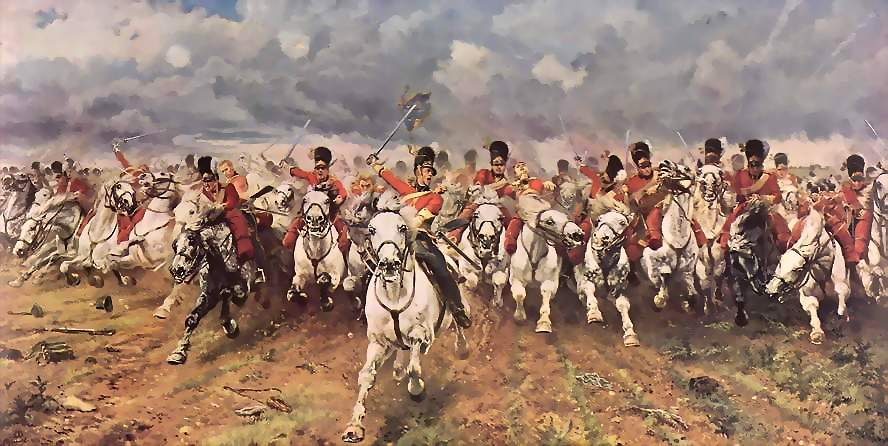 In April of 2018, International Man published an essay in which I commented on the appointment by President Trump of John Bolton as US National Security Advisor.

In that essay, I described the appointment as a warning that the US government had reached a decision to pursue increased aggression toward Russia that could lead to direct warfare between the two countries.

On the surface of it, this would seem to be a somewhat rash conclusion to draw, as war has not been declared. And Mister Bolton would certainly not have the power to unilaterally declare war.

However, the reason for concern over such an appointment is that Mister Bolton is a one-trick pony who invariably characterizes Russia as evil and has, for years, fervently recommended major aggression against Russia. Since Mister Bolton never deviates from this zeal to aggress against Russia, he would not be appointed unless a path of significant aggression had already been decided.

So – how has this appointment been playing out? It’s known that Mister Bolton has persistently encouraged the US government to withdraw from the 1988 Intermediate-Range Nuclear Forces Treaty between the US as the Soviet Union – an agreement that was instrumental in ending the Cold War.

His persistence has paid off and the announcement has now been made by President Trump that the US will follow Mister Bolton’s instruction.

Of course, since 1988, the US and Russia have taken turns at accusing each other of having at times violated the existing agreement. This is a normal part of tit-for-tat diplomacy. However, a unilateral withdrawal from the agreement, with no discussion even considered, sends a very powerful message. It says, “This is not a matter that we intend to discuss - we’re ramping up our deployment of weaponry. We understand that you’ll do the same.”

Whenever any nation behaves this arrogantly with regard to aggression against another nation, it tends to end badly. And, historically, the outcome is almost always the defeat of the aggressor. Arrogant leaders are vulnerable leaders, as they tend not to think things through.

This has been especially true of aggressors against Russia. Russians, as a people, have always been prepared to suffer more than others to retain their sovereignty. Russian leaders have repeatedly demonstrated their willingness to throw literally millions of their countrymen’s lives away in defense of their country.

Arrogant leaders like Napoleon and Hitler have found that attacking Russia is a major mistake. Each had their armies decimated by Russia.

Today, it should be clear to all who are paying attention that the warfare in the Middle East has nothing to do with rebels fighting for freedom or whether one country or another might be using chemical weapons.

Whoever can pipe oil from the Middle East to Europe will be the leader in the 21st century. And so, Iran, Iraq and Syria are key pieces of real estate in that power struggle. Any excuse by Eastern or Western countries to control these otherwise insignificant countries can and will be used.

As such, the US is already warring with Russia, but on a proxy basis. A proxy war can be contained if neither of the two powers gets carried away with its own omnipotence. But, just as Adolf Hitler arrogantly proclaimed that his “thousand-year Reich” would crush the great Russian bear, the US is making the same mistake by rattling sabres against Russia directly.

The Russians are not new at this game. It’s been tried on them many times over the last few centuries and, whilst they understand that no one “wins” such a war, they’re well-practiced at making sure that their opponent du jour becomes the greater loser.

In World War II, the US came late to the party, after the armies of Europe were already beaten up by each other. They were fresh, well-armed and had enormous wealth behind them.

That will not be the case this time around. The US has, since then, become the world’s foremost debtor nation and is presently on the verge of national bankruptcy.

Not a good time to start a major war.

As a general principle, I observe that the loser in any war is most likely to be the one that runs out of money first. If I’m correct in my premise, the loser in this instance would almost assuredly be the US.

But, what does any of that have to do with the title of this essay and the accompanying painting above?

Well, in 1854, Alfred, Lord Tennyson wrote a poem entitled, “The Charge of the Light Brigade.” In it, he described the Battle of Balaclava in the Crimean War, in which six hundred British cavalry charged senselessly against Russian gun emplacements.

In the charge, the cavalry had to cross over one and one-half miles of open ground, whilst surrounded on three sides by Russian cannons. Even the soldiers themselves understood when they received the order that the charge was suicidal. But, in warfare, orders are orders and, after the disastrous charge, the dead were praised for their valour.

In the poem, Tennyson wrote,

“Theirs not to wonder why, theirs but to do and die. Into the valley of death rode the six hundred.”

The generals who had given the order had no regrets about having ordered the charge. They repeated the old lie,

(Sweet and becoming it is to die for one’s country.)

However, it is never sweet and becoming to throw away human life in a fruitless endeavor. What must be remembered is that, to generals and other extreme hawks, it’s the conflict itself that’s the reward – the excitement of battle.

As a reminder of how easy it is to go over the edge, we might remember the Cuban Missile Crisis of 1962, when the Joint Chiefs of Staff unanimously advised President Kennedy that an immediate nuclear attack against Cuba was the only option. The world can be grateful that the then-president was less ego-centric than the current president. He had the temerity not to give in to his generals. The current president has the odd habit of declaring his desire to negotiate with the Russians, then, often the same day, making announcements of aggression. This is a dangerous inconsistency.

Whenever the world witnesses permahawks such as Mister Bolton being appointed to top advisory positions, it’s important to keep in mind that they do not wish to preserve peace, or work out disagreements with other nations. To the warriors, the objective is to create war.

For the rest of us, the objective might be to recognize the warning signs and prepare a means of getting out of harm’s way in advance.

“The Fight Started When He Hit Me Back”

The US takes the award for creating the most proxy wars in other nations.