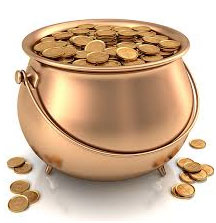 I am thinking of using BullionVault (met one of the owners and seemed like a good guy). I would pick to store it Switzerland instead of the options of USA and England. The total fees are very reasonable for storage and insurance. Any opinions on my plan?

As time goes on, we will be seeing such facilities popping up in several countries. Rather than offer my personal appraisal on BullionVault, my recommendation would be that readers investigate several such storage facilities. First, if you have not done so already, consider differing formats for storage and investment. Das Safe, GoldMoney, and Hard Asset Alliance might also be on your list.

Second, I would advise against relying upon whether the owner “seemed like a good guy.” In performing due diligence on any facility that you are going to entrust with your hard-earned wealth, be prepared to work as hard at keeping your money as you did at earning it in the first place.

Investigate the company as thoroughly as you can and compare it to others. Find out how long they have been in business, what their track record has been thus far, who their principals are, and what they did before forming this company. Also, pay close attention to the country in which the facility is located. Whilst it is doubtful that anyone would choose a facility in, say, Buenos Aires, there are those countries, such as Switzerland, that are famous for their protection of clients, yet are showing the strain of pressures brought to bear by such organizations as the OECD. (Just recently, Via Mat has succumbed to such pressure.) An excellent company can fall victim to the vagaries of the country in which it is located.

In my estimation, the Swiss are hoping to bend with the wind as much as possible, in the hope that, as the US and EU economies collapse and possibly lose their ability to apply pressure, the Swiss may return to their previous banking practices. If I am correct in this, the reader would need to make his own guess as to whether, in the interim, the wolves could be kept from the door of the bullion storage facilities, or whether an alternative storage method would be preferable. However, as an overarching assumption, I would firmly state that overseas storage is unquestionably preferable to storage within the US.

Won't there be a time when people shun the dollar as worthless (except for its BTU value) and simply trade silver for necessities?

Yes and no. It is quite likely that the dollar will, one day soon, be as worthless as the German mark was in 1923. The logical next step, in the eyes of many precious metals advocates, would be to pay for our groceries with something like American silver dollars, and this is quite possible.

However, we would do well to think beyond the collapse of the dollar from the perspective of the US Government. Either they are extraordinarily stupid and have no plan as to what to do following the crash of the dollar, or they thoroughly expect such a crash and do indeed have a plan. In my view, such a crash would be viewed by them as an opportunity, as it would allow them to introduce electronic currency.

With electronic currency, every time someone purchased so much as a candy bar, a plastic money card would be used, allowing the government the opportunity to audit every expenditure of every citizen. If this is indeed their plan, they would seek to illegalise payment for anything except by money card. Therefore, use of US silver dollars (and other forms of true value) might only occur outside of the US.

Recently heard a similar report. Any US import greater than $2500 thru FedEx is newly subject to a Customs regulation requiring a SS #. This requirement was put in place jan 7th or 8th of this new and wonderful year. The FedEx customs representative/agent was embarrassed to call the “importer” with this request, by their newfound responsibility.

The US Government are certainly not alone in creating legal limitations for their citizens; however, they do seem to be in the vanguard regarding social control, monetary control, and precious metal control at present. Although most Americans are familiar with such laws as the Patriot Act and even the NDAA and FATCA laws, the US has passed many laws in recent years that would limit the economic and physical freedom of Americans, and the majority of these laws have been off the radar of most Americans. Their passage most certainly has not appeared in the US media – those of us outside the US seem to be more aware of them than Americans. The majority of them were set for implementation in January of 2013. Americans are now beginning to trip over the new laws.

I do believe that Americans who are beginning now to internationalise, will discover that, as the laws come into effect, doors are closing all round. From here on in, it will become increasingly difficult to obtain freedom for your investments or yourself.

I heard from a personal friend in NY that they cannot buy/sell PM's w/o it being recorded. First gun control, now PM-control. Looks like the NE is a test-bed for national implementation, coming… soon?

This question raises the possibility of “test beds.” This seems to be a part of the present methodology. In (as I recall) April of 2009, the US introduced an exit tax for those expatriating to Hong Kong. (To my knowledge, this news did not appear in the US press, but was reported in London and elsewhere.) At the time, some who read of this development wondered, “Why Hong Kong?” The answer was that it was a test bed. It was successful and now the US has a worldwide exit tax.

Whenever the reader sees such a development in one area, it is safe to assume (and best to assume) that, before long, the programme will become national. In such cases, if the reader is likely to be impacted by a new law that pops up in a “test bed”, he would be well-advised to assume that that law may soon appear on his doorstep, and take the appropriate action.

Having a portion of PM outside a “threatening jurisdiction” is the way to go – while it is still legal.

Ultimately, this reader is right on the mark. If one resides in a jurisdiction that is both imploding economically and rapidly developing as a police state, one should not “wait and see what happens.” It would be wise to take decisive measures now. Any reader who finds himself in such a situation should seriously consider whether he wishes to hold precious metals within such a country. In fact, he may wish to consider whether all of his investments (including his home) are at risk.