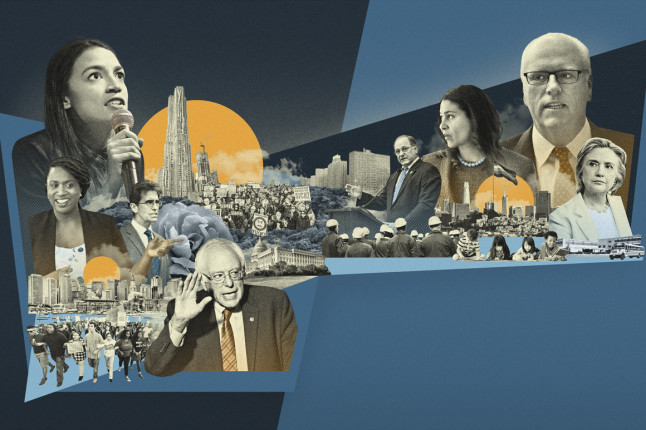 In ancient Rome, interregnum was the term given to the period between stable governments when anything untoward might occur, and sometimes did – civil unrest, warfare between warlords, power vacuums and, finally, succession wars.But eventually the dust would settle and the victors, whoever they might be, would at some point restabilise the empire, often with a new map, showing the latest lines of geographic possession.

In 1929, the Italian Antonio Gramsci was in a fascist prison, writing about what he considered to be a new interregnum – a Europe that was tearing itself apart. He anticipated civil unrest, war between nations and repeated changes in the lines of geographic possession.

At that time, he was attributed as saying, “The old world is dying and the new world struggles to be born. Now is the time of monsters.”

And, of course, looking back from our vantage point in the twenty-first century, we have no difficulty in confirming that he was correct in his prognosis. The world war that followed brought forward the worst traits in mankind. The sociopaths of the world came centre-stage. By the time the dust had settled, tens of millions were dead.

What we do have difficulty with is recognizing that the same pattern is again with us. National leaders and their advisors are spoiling for war, building up weaponry, creating senseless proxy wars in other nations’ backyards and playing a dangerous game of “chicken” with other major powers.

This will not end well. It never does. Once the shoving-match has begun, it only escalates. At some point, whether it’s the false-flag assassination of an Archduke, as in World War I, or the false flag invasion of Germany by Poland, as in World War II, we can always count on some excuse being created to justify diving headlong into war.

It’s also true that, when empires get into economic trouble that’s too far gone for any viable solution, a trick that’s always employed by political leaders to keep the citizens from removing them from their seats of power, is to start a war. A people will, if they believe their homeland is in peril, accept the “temporary” removal of their freedoms.

Even in the United States, the famed “Land of the Free,” political leaders have routinely imprisoned dissidents in times of warfare. People tend to get behind their leaders in wartime, no matter how undeserved that loyalty might be.

And so, now is the time of monsters, as Mr. Gramsci rightly stated. A time of uncertainty, when countries are in turmoil and would-be leaders are jostling for power with existing leaders. An interregnum.

Troubled times tend to bring out all the crazies – all the sociopathic-types that would find it hard to succeed in stable, prosperous times.

In such times, the average person becomes worried that things are not going to turn out well. That’s perfectly understandable. Unfortunately, most people lack both the imagination and the courage to cope with how the times are impacting their lives. They instead rely on others to provide a torch that might help them escape from the darkness.

Not surprising then, that every snake-oil salesman in town sees an opportunity to offer big promises – promises that he has neither the ability nor the inclination to fulfill.

At such times, the people of a country tend to become polarized, placing their faith in one political party or another, hoping that their party will “make the bad stuff go away.”

In the US we see, on the liberal side, promises for “free health care for all,” a guaranteed basic income, housing for those who cannot afford it, and an endless stream of promises that, if the government were to implement them all, they will not be able to pay for them, even with 100% taxation from those who presently pay tax.

On the conservative side, we see promises such as “Make America Great Again,” with tax rebates that do not rejuvenate the economy, breaks for firms that have expatriated, but do not fool them into returning, claims to cut budgets, only to increase them, and promises to eliminate debt, only to expand it.

We see presidential elections in which one of the two leading candidates is a textbook narcissist, whilst the other displays all the traits of sociopathy.

And we see a waitress elected to Congress by a substantial margin, raised to the status of heroine merely for promising all things to all people, whilst offering no plan as to how that might come about. Record numbers of candidates pour into the political arena, seeking a last grab at power prior to systemic failure.

To be fair, the US is by no means alone in delivering incapable people with nonsensical solutions to the higher offices.

In the UK, each leading party states emphatically that a hard Brexit would be a disaster, yet neither party can come up with a working alternative. What they can do, as in America, is point fingers and shout invectives at each other.

In France, riots have become a weekend staple, whilst the disconnected president essentially says, “Let them eat cake,” serving only to create further fury on the street.

To be sure, the problem begins at the top. But it doesn’t end there. It sifts down to the proletariat, who, unable to come up with constructive solutions, create their own monsters, trashing the shops and burning the cars of people who had no hand in creating the problem.

But surely this is just a one-off phase, in which the best and brightest are temporarily pushed offstage, but will soon return, yes?

Well, unfortunately, no. Historically, a period such as this one is followed by one of increased madness. Historically, the next step is societal breakdown. Riots, secessions and revolutions become commonplace, accompanied by economic collapse.

Out of these events come the worst monsters of all. It’s in the wake of such developments that the people of any country then turn away from those that made the empty promises and toward those who promise revenge against an ill-defined group who are characterized as having caused the problems.

That’s when the Robespierres, the Lenins, the Hitlers – the greatest monsters – are swept into power. They invariably deliver the same message – that they’ll seek out the aristocracy, the gentry, the patricians, and strip them of their positions and possessions.

Invariably the way that this shakes out is not that the average man rises up, taking his “fair share” of the spoils. Instead, the leaders take the spoils and the proletariat are reduced to an equality of poverty.

Our friend Mr. Gramsci found himself imprisoned by Benito Mussolini and died from illnesses incurred in prison. Unfortunately, his approach was to complain, but remain, as his country deteriorated around him. This proved, for him, to be the worst of choices.

And, so it is today.

How will you protect yourself in the event of a crisis?

New York Times best-selling author Doug Casey and his team just released an urgent new guide called Surviving and Thriving During an Economic Collapse that will show you exactly how.