Today we’ll take a look at a country hated and loved for banking secrecy so strict it makes Swiss bankers blush. That country is Lebanon—a beautiful place full of sweet delights. 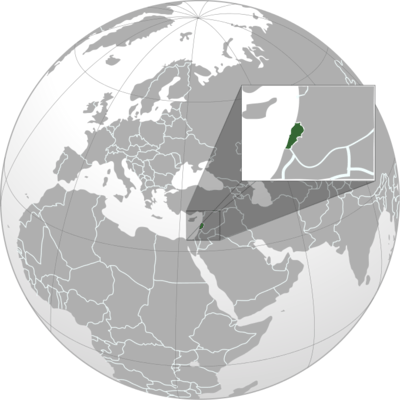 Sometime around 1200 BC the Phoenicians set up ports across the Mediterranean and were some of the best seafaring traders in the region. Phoenician settlements spanned from Lebanon all the way to Gibraltar.

With the rise of the Persian Empire came the fall of the Phoenicians. The Persians held Lebanon until Alexander the Great in 332 BC conquered Tyre (Tyros) on the Mediterranean coast.

After the death of Alexander the Great, the Seleucid Empire took over Lebanon. They held it until the Roman Empire rose to power in the region in the last century BC. Christianity spread in the first century AD. When the Western Roman Empire fell, Lebanon became a part of the Byzantine Empire, until the 7th century, when the Umayyad caliphate conquered Syria and much of the surrounding region, including Lebanon. Islam spread across the region.

Lebanon was later incorporated into the Ottoman Empire and after WWI fell under the control of France. Lebanon became independent in 1943. The immediate post-war period was a time of great prosperity for Lebanon, with Beirut earning the reputation as “the Paris of the Middle East.” This prosperity proved to be fleeting.

The Lebanese civil war raged from 1975 on and off to 1990. The causes of this civil war are complicated but were ultimately due to sectarian tensions, demographic changes, and domestic economic uncertainty. In 1982, Israel invaded Lebanon in retaliation of an attempted assassination of its ambassador in the UK.

It’s noteworthy that Lebanese banks remained open throughout the war by paying off militias and bulletproofing their offices. No other country’s banks have been through as much political and social turmoil and come out as strong as the banks in Lebanon.

Lebanon has a reasonably well-developed corporate sector. A Lebanese company is subject to 15% corporate tax on taxable income, but Lebanon applies a type of territorial taxation that is similar (but not equal) to Hong Kong’s, whereby foreign-sourced income may be exempt from tax.

There are a number of caveats and conditions that are unfortunately poorly documented in English or even French. Information is mostly limited to Arabic. There are virtually no offshore service providers offering Lebanon incorporation, and the ones that do charge an arm and a leg for it. The best way to form a Lebanese company is through a locally present law or accounting firm.

Lebanon is generally quite difficult to incorporate in as a nonresident foreigner. Entrepreneurs and investors who are interested in forming a company in the Middle East are more likely to find the United Arab Emirates (Dubai, Ras al-Khaimah, Abu Dhabi) and Bahrain far more easygoing alternatives.

Lebanon was for a long time the financial center of the region. Following its civil war, Lebanon has lost much of its former glory, but it’s managed to keep some of its charm.

Many readers may not have been familiar with Lebanon in the offshore sector at all prior to reading this article, yet there are billions of dollars of foreign money in Lebanon. Banking is something the Lebanese do very well.

Largely thanks to regulations enforced in the wake of the 1966 Intra Bank scandal, banks of Lebanon are generally financially sound. Lebanon is also unique in that it has a banking sector strong enough to have survived multiple wars.

Internet banking facilities are usually more advanced than those of other banks in the region and even many Western banks. Customer service, sales staff, and account managers who speak Arabic, French, and/or English are almost always available, with many other languages being covered. Fees are relatively low.

Lebanon uses International Bank Account Numbers (IBAN) for international transfers with other IBAN users, but it is not a Single Euro Payments Area (SEPA) member.

Nonresident business banking for smaller businesses is rare in Lebanon. Unless you’re engaged in the local Lebanese market or have regional ties, you will most likely find that Lebanese banks aren’t interested in your business. For example, a European resident with a small offshore company performing web design services globally is not going to be attractive to a Lebanese bank. There are as always exceptions to this, but don’t hold your breath.

Minimum deposit requirements vary, but it will be hard to find a bank willing to accept a nonresident foreigner for under 100,000 USD/EUR, with most banks requiring 500,000 USD/EUR.

It should be assumed that a visit to Lebanon is required to open a corporate bank account. Wealth management and private banking is much more lenient on this requirement.

There are, as of this writing, 72 banks licensed in Lebanon. Below are banks I consider noteworthy.

Lebanon cannot comply with requests for information for tax purposes and is not interested in doing so. The sole exception to this is FATCA. Lebanese banks are still open to US persons, but they will make US persons sign a document to waive banking secrecy, thus complying with FATCA without affecting its longstanding tradition of banking secrecy. Other requests for information are routinely turned down.

Personal taxation in Lebanon is low to medium high, with personal income tax being a progressive rate of 4-21%. Capital gains and sales tax both stand at 10%. Residing in Lebanon is rarely done for tax reasons alone. However, the capital city of Beirut has a fairly big expat community of workers from all over the world, and it’s a quickly growing tourist spot. It’s easy to get comfortable in Beirut. It has the best nightlife in the Middle East and some would argue the best cuisine as well.

While Beirut is typically quite safe as of late, the country as a whole has volatile neighbors.

Something I was told on one of my earliest visits to Lebanon is that as an offshore financial center, Lebanon is best enjoyed from a distance. And I very much agree.

Although it is a fantastic country to be in, there are little benefits of incorporating or residing in Lebanon for someone seeking to internationalize. Banking is where it’s at in Lebanon, and that can just as well be done as a nonresident person (or company).

Editor’s Note: In addition to Lebanon, there are other attractive jurisdictions that are cause for optimism. However, things can change quickly. New options emerge, while others disappear. This is why it’s so important to have the most up-to-date and accurate information possible. That’s where International Man comes in. Click here to check out our free PDF guides to keep up with the latest on the best international diversification options.