Singapore is a financially sound country with a very business-friendly climate. Its strategically important location has a rich history as an important trading hub connecting Europe and Asia.

Owing to its position in the Malacca Strait, the city quickly became a port of call for all seafaring nations. Sailing through the Strait of Malacca was—and to this day remains—preferred to taking the long route south of Sumatra. 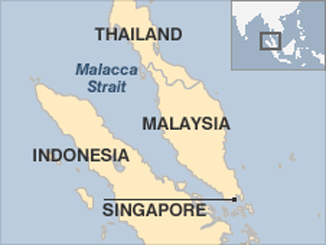 In 1942 during World War 2, Japan conquered Singapore, which remained occupied until the end of the war. After the war, the British regained control until independence in 1963.

Since then, Singapore has continued its tremendous economic growth. It has not been involved in any major international incidents and enjoys good relations with all of its neighbors and the international community.

Singapore companies are relatively easy to form, but costs tend to be higher than, for example, Hong Kong, since a resident director is required. Most service providers charge around 2,000 Singapore dollars (SGD) per year for this service. This can be a significant sum of money for a small entrepreneur, but for an established business, it shouldn’t be a major hurdle.

The standard corporate tax is 17%, which is below the international average (around 23.5%). There are several tax rebates and exemptions available, which can reduce the effective tax rate quite generously for new or small companies.

It’s important to note that dividends are exempt from tax in Singapore.

As with all reputable jurisdictions, companies are required to maintain records and submit an annual return. Companies with a revenue of greater than SGD5 million must be audited.

However, as a resident of Singapore, forming and running a Singaporean company is very easy and efficient. The country repeatedly ranks at the top of the Ease of Doing Business rankings set by the World Bank and IFC.

Singapore’s other strengths lie in a highly responsive government, stellar e-government services, and its good reputation.

The most common is the private company limited by shares. It is also the only company form that’s attractive to nonresidents. LLPs, for example, require two resident members and must be operated and managed from Singapore.

Banking is where Singapore truly shines.

No Singaporean bank has ever failed, and the banks’ as well as government’s risk-averse disposition makes a financial collapse of Singapore or any of its banks highly unlikely.

The Singapore Deposit Insurance Corporation insures deposits up to SGD 50,000 per financial institution.

Banking fees are relatively low when compared to the Caribbean and in line with or slightly higher than Europe. In return, you get excellent quality and services.

While Singaporean banks do accept offshore companies from other jurisdictions, they are more selective than banks in many other countries. They expect a legitimate reason for banking in Singapore, a good business plan, and overall a real business behind it.

Living in Singapore can get you some interesting tax benefits.

Personal income tax rates vary from 0% to 20%. And crucially, Singapore only taxes income generated in Singapore; income received from abroad is exempt from tax.

There is no tax on capital gains, inheritance, dividends, or wealth.

Singapore is also interesting to live in for cultural reasons. Like Hong Kong, it’s a melting pot of Asian cultures with Western influences.

The tiny island city-state is well connected, being a major hub itself and being close to other major hubs, such as Hong Kong and Kuala Lumpur. Infrastructure in Singapore is absolutely top notch.

It’s a very clean and safe country. There are very strict laws in place, and enforcement is swift and efficient. This may sound intimidating at first, but as long as you behave civilly and respect the local customs, it won’t affect you. There is a mandatory death penalty for certain narcotics-related crimes, and foreigners are not exempt.

Singapore is sometimes described as a soft totalitarian state. Freedom of press and freedom of speech are severely hindered when it comes to political topics. Most Singaporeans tolerate this, as the government tends to act benevolently. It’s a unique culture and one that may clash with the mindset of many foreigners.

It can get very warm and humid, but the city-state boasts excellent air-conditioned public transport. Unless you specifically decide to, you will not be subject to the natural weather for any long periods of time.

However, for all its strong selling points, being granted residence permit in Singapore is not easy.

The Immigration & Checkpoints Authority outlines the requirements. Under the Global Investor Programme, investors who invest SGD 2.5 million in a company or a special GIP fund are rewarded with a residence permit. That’s a handsome sum, but not completely insurmountable for an established business.

Although an excellent country for banking and living, Singapore lacks incentives for nonresidents to form companies. It’s a great place to be if you run a local company or have the means to obtain residency through an investment.

Editor’s Note: Things can change quickly. New options emerge, while others disappear. This is why it’s so important to have the most up-to-date and accurate information possible. That’s where International Man comes in. Be sure to check out our free special reports to keep up with the latest on the best international diversification options—including the best offshore banking options—to maximize your personal freedom and financial opportunity.