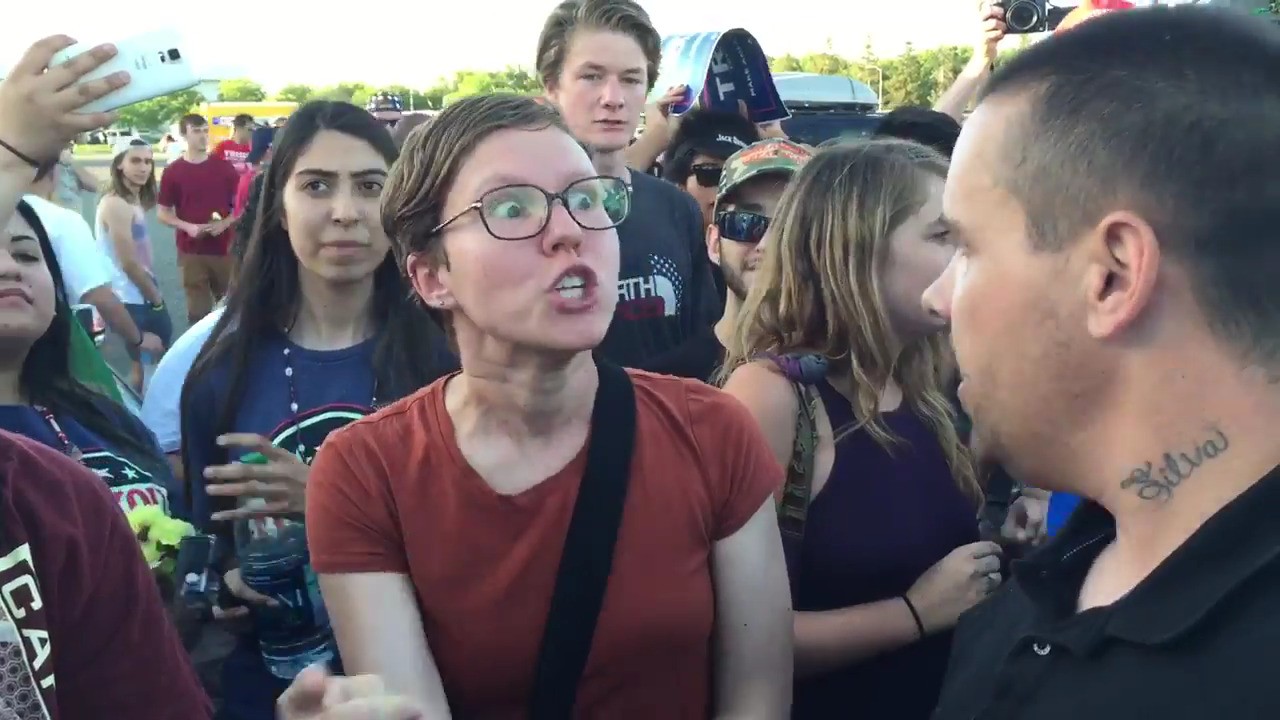 In recent decades, political correctness has been very much on the rise in the countries that were formerly regarded as the “free world.”

The EU and US are, in fact, the epicentre of this movement… This is no accident.

So, should political correctness be forcibly controlled? Well, no. If someone wishes to adopt a belief, regardless of whether we find it silly, pointless, or even offensive, that should unquestionably be their right.

Sanctimania can be defined as the point at which personal opinion encroaches upon the personal liberty of others; when the other person’s rights are aggressed upon or removed in the name of the opinion being expressed.

Sanctimania is, by its very nature, the point at which anger overcomes reason and force is employed in order to achieve social change.

To be sure, the anger and intolerance that typify sanctimania, taken together, are a most powerful force. As Mahatma Gandhi said,

“Anger and intolerance are the twin enemies of correct understanding.”

Anger has a way of taking personal viewpoint to a destructive level. And, in fact, throughout history, we’ve seen political leaders repeatedly whipping their followers into anger in order to seize greater control. Certainly, this was true in virtually every speech given by Adolf Hitler. It was used extensively by Maximilien Robespierre following the French Revolution. And, not surprisingly, it has been employed in political demonstrations and riots throughout history.

Confucius, a fellow who had a reputation for careful reflection, said,

“When anger rises, think of the consequences."

A good point. It’s invariably true that no emotion has the ability to eliminate reason and self-control like anger. And this, of course, is why political leaders so often seek to create anger amongst their followers – so that they can be trained to do the bidding of the leaders without questioning either the validity of their actions or the consequences.

Well, what, then, are the benefits of this anger? Does it achieve its end? Does it typically convert or defeat the adversary? Let’s query Buddha on that one.

“Holding onto anger is like drinking poison and expecting the other person to die.”

So, is there a difference between anger and sanctimania? Most decidedly so. Sanctimania is a refinement of anger. It’s the better tool for political leaders seeking to control their followers.

Any political leader wishes to create in the minds of his followers a separation of opinion. He creates rhetoric that’s intended to set his followers apart from others. That rhetoric is intended to have the appearance of a moral high ground. Once the followers believe that they’re morally apart from others – once they’ve reached the stage of sanctimony, they’ve fallen under the control of the leader. Whether he’s Vladimir Lenin, George Patton or Jim Jones, both the purpose and the method are the same.

And it’s important to state that it doesn’t matter whether the sanctimonial intolerance comes from the political left or right, although there can be no question that collectivist leaders have historically made greater use of it.

But sanctimania takes the rhetoric to the final stage. Whether it’s as minor as beating up someone for being a ginger in the UK, or whether it’s stoning a woman to death for the crime of infidelity, as in Leviticus, 20:10, sanctimania represents the power of the leader to control the aggression of the follower without question; without reason.

Quite a powerful political tool.

At present, we’re viewing this phenomenon as an extension to political correctness. Whereas ten years ago we might have seen a man being reviled for making a sexual advance to a female co-worker, or using a pejorative with regard to someone of a different race or ethnic background, we’re increasingly seeing these “crimes” elevated to the point that punishment is being called for.

The buzzwords are familiar to us all – racist, sexist, homophobic, fascist, hate, etc.

It matters little whether the person being attacked is actually “guilty” of the entire list. If he’s identified as being objectionable for any reason, he’s then tarred with the entire list. Conversely, if another individual has been accepted within the group, should he actually be guilty of any of these “crimes,” this fact is ignored. He’s a “good” person.

Whenever in history political leaders have used the media to create a campaign against a given group or groups, the objective has been to create sanctimania as a vehicle by which increased control may be implemented. In the eye of the leader, it truly has nothing to do with one group being superior to the other. (In fact, the group could be chosen at random and the outcome would be the same.)

The objective is to create alienation.

Whether we assess Fidel Castro in his frenzied all-day speeches against the greedy capitalists, the Ayatollah Khomeini railing against infidels, or Al Gore creating fear of global warming from nothing, what we’re witnessing is a leader creating sanctimania.

When we see large demonstrations of people with placards aggressing against others in reaction to such rhetoric, we’re witnessing the intended product of sanctimania.

But, if we’re able to step back a bit and take a deep breath, we’ll hopefully remind ourselves not to fall into the trap of taking the opposing view of the sanctimaniacs just because we find their behavior offensive.

Instead, we’ll hopefully remove ourselves from the field of rhetoric entirely and reach our conclusions through objective reasoning. This is not just a helpful lesson in objectivity - it’s a survival technique, as, historically, periods of sanctimania are often followed by periods of great unrest.

Once sanctimania results in general chaos, the objectivity that we’d practiced may well determine whether we will become casualties of sanctimania or whether we’ll quietly remove ourselves from the fray.