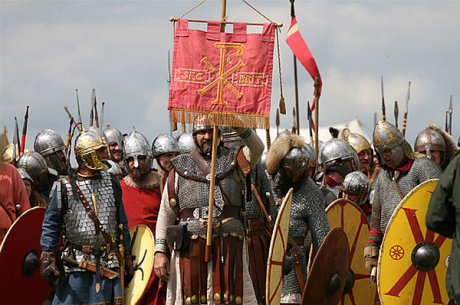 The Decline and Fall of the Roman Empire has been written about many times over the last two millennia, most notably in Edward Gibbon’s six-volume set of books of the same name.

However, one significant aspect to the decline began in the fourth century that has received little attention from those who have written on the overall subject.

At that time, an exodus occurred amongst the farmers and merchants. They abandoned the “centre of all commerce” and moved to the north, to live amongst the barbarians. At first, only a relative few departed, but, over the ensuing decades, ever-larger numbers departed Rome, until much of the class of people that actually created and traded in goods had left Rome, making its economy unsustainable. 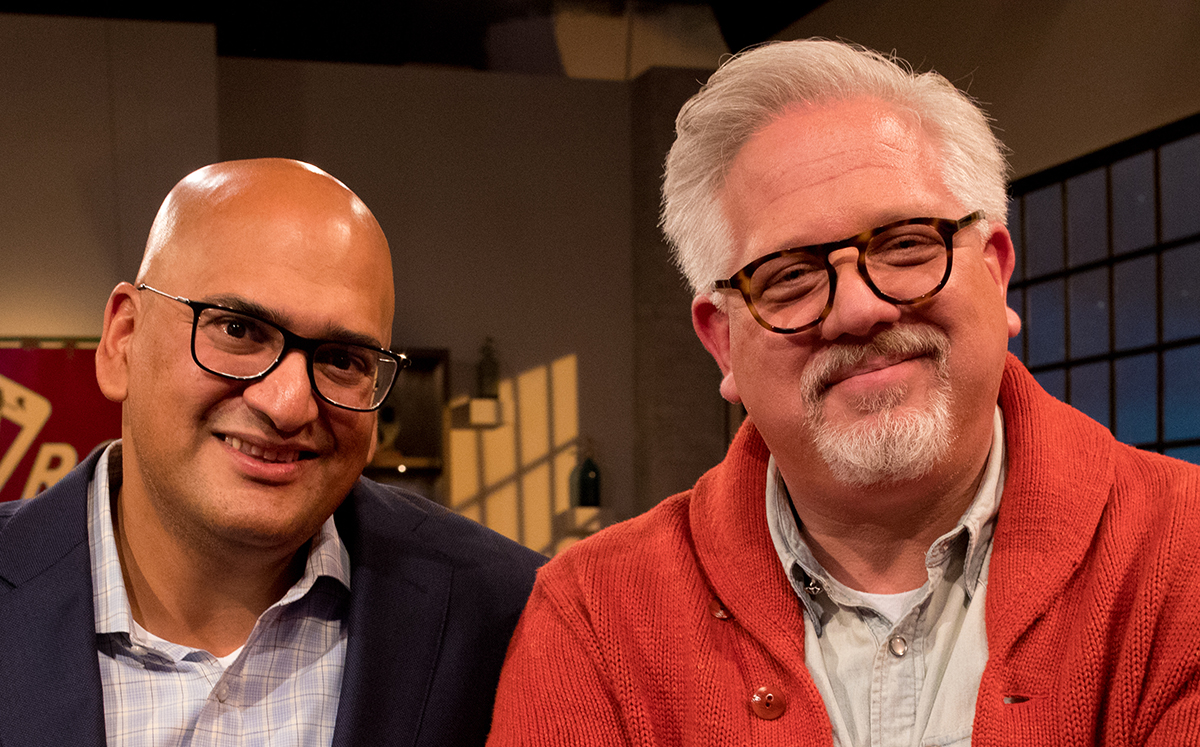 The truth, the whole truth and nothing but the truth about cryptocurrencies - and how Washington and Wall Street have covered it up

Essentially, this is the way events unfolded:

First, as the central government became more wasteful, it increasingly relied upon “bread and circuses,” or entitlements and public entertainment to placate the people. As the cost for these increased, taxes had to be raised on the productive members of society to pay the bill. This amount eventually became insufficient, as the number of recipients grew. Additionally, the government debased the currency by steadily removing silver from the denarius and replacing it with copper. But this solution was ineffectual, as it only served to create inflation, so more had to be done.

Throughout this period, the government also borrowed money whenever possible. As debt increased, more tax dollars were needed to pay for the ever-increasing interest.

With each false solution, the burden for keeping the failing system going was placed on the shoulders of the merchant class and all those who produced goods for profit. Eventually, the burden became so great that unrest became prevalent.

Draconian laws were instituted to keep the taxpayers in line. Restrictions on freedoms were implemented to assure that taxpayers found it more difficult to escape the system.

And the behavior of the tax collectors became more Neanderthal in exacting the tax.

At this point, the tax demands were so great that the producers no longer had sufficient wealth to expand their businesses, so business stagnated, whilst Rome steadily demanded more.

And, here, an interesting development occurred that’s not often related in history books: Rome, as a result of diminished tax receipts (which it had caused) discovered that they could no longer pay the mercenary soldiers that they were using as tax collectors. They cut the soldiers wages repeatedly which, of course, the soldiers were not happy about. Whether officially or unofficially, the soldiers were advised that they might make up for the shortfall by exacting further payment from taxpayers on their own behalf.

This, not surprisingly, led eventually to looting, destruction and rape, etc. by the soldiers. Each time their wages were cut, the usury increased.

And each time this occurred, more merchants and farmers left Rome for the relative safety of the north. By this time, the “barbarians” were behaving in a more civilized manner than the “civilized” Roman government and its mercenaries.

By the fifth century, the situation was so dire that tax riots and rebellion were the order of the day for those who had remained in Rome, but even this did not stop taxes from rising and more people being provided with largesse by the government.

It’s been written that “those who lived off the treasury were more numerous than those paying into it.” (An eerie occurrence, as we too have now reached that point.)

It’s significant that the decline took so long to play out. In the beginning, only those who were most incensed at the usury and/or who were the most courageous, made an exit. Then, when the next level of usury was introduced, another small percentage departed.

This is human nature. Different people have different breaking points. Had the entire producer-class risen up all at once, it’s likely that the government would have reversed its policies, but historically, that almost never happens.

Invariably, those who are the first to leave are the first to begin improving their lives. They have the initial hardship of starting over, but their self-confidence and work ethic soon make up for that. And, as can be understood, those that fare the worst in such a situation are those who repeatedly delay their exit and are often trapped when a collapse in the system eventually occurs. 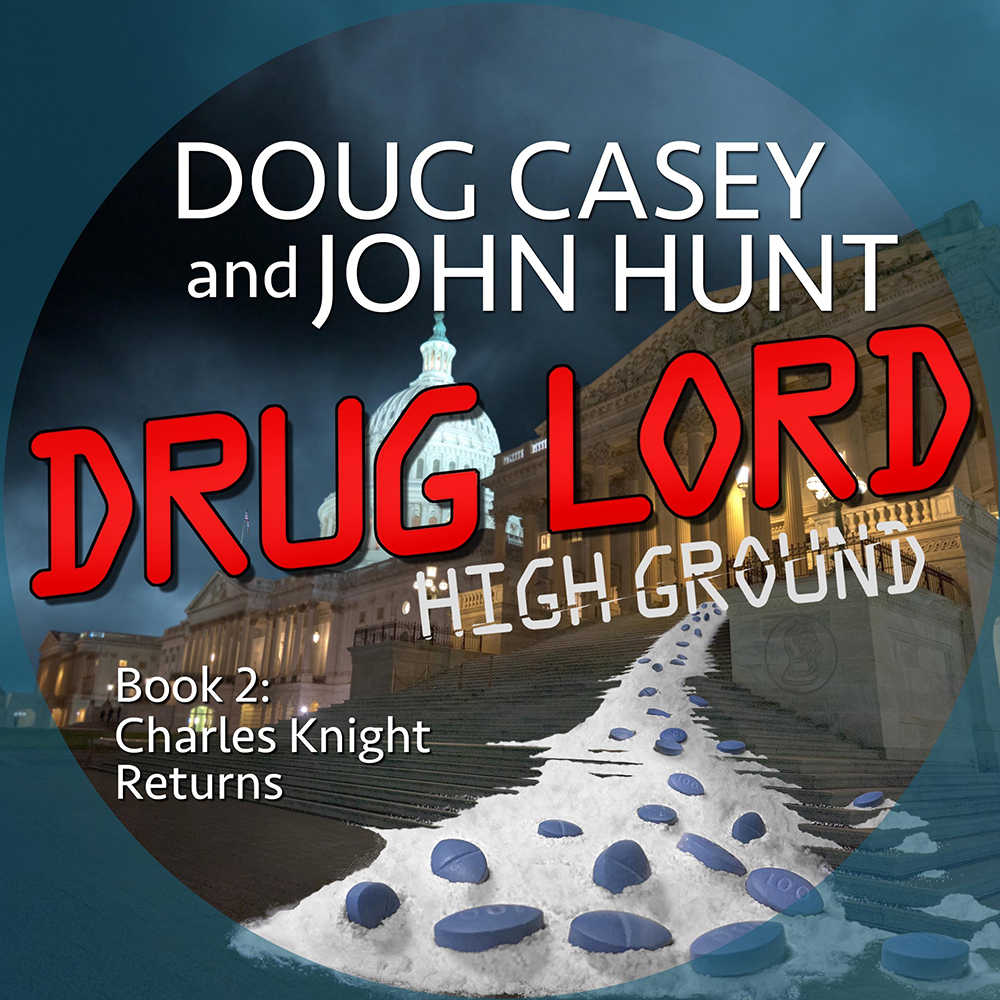 The Audiobook of Drug Lord is for sale here.

It should be understood that, historically, in all such cases, government has always employed a very limited playbook: increased entitlements to those who are not productive, increased taxation, debasement of the currency, greatly-increased debt, more regulations, more restriction on freedoms, and more aggressive enforcement.

As the process is gradual and ever-increasing, there are always those citizens who are prepared to shoulder yet another small increase in the usury and political leaders are only too willing to oblige, with repeated increases in the abuses listed above.

And so we say to ourselves, “What was wrong with those people? Why did they continue to accept one injustice after another? If they had any sense, they would have gotten out when the first injustices occurred. They would have recovered more quickly and built a better life elsewhere instead of being slowly bled to death by their rulers.”

Quite so. Yet it’s a logic that the great majority of people invariably have difficulty in following, especially when it comes to their own well-being.

In much of the former “free world,” we’ve seen increasing “bread and circuses” – ever-expanding entitlements to the non-productive. As in Rome, this has now reached the point that “those who live off the treasury are more numerous than those paying into it.”

And laws have been written (particularly in North America and Europe) that allow banking institutions to decide how much of depositors’ money will be allotted to them. They can now legally put depositors “on an allowance” as is occurring in Greece. All that’s required is for the banks to declare a bank emergency for it to go international. In Rome, when they could no longer pay full wages to the tax collectors, they advised collectors to make up for the shortfall by forcing greater payment from the taxpayers and pocketing the difference. In 2008, when a recession forced the US government to cut back on payments to the states, laws were implemented that allowed Civil Asset Forfeiture by the police. This has resulted in authorities seizing some $3.2 billion from people not charged with any crime – an amount that would make Roman tax collectors blush.

These and other acts of increased taxation, inflation, debasement of the currency, increased debt, more regulations, more restriction on freedoms, and more aggressive enforcement manifestly demonstrate that, once again, history is repeating itself.

The outcome? Well, a small percentage of those victimized have already recognised where this is headed and have made an exit. They expatriated their wealth, have sought legal residency in another jurisdiction and then… quietly… left.

More have followed, but as has always been the case historically, people have differing tolerance levels. Those who make the move early will be those who prosper the most, whilst those who follow will, when the time comes, feel lucky just to get out. Yet, many more will remain and, as was true in Rome, the entire decline may span many years.

However, the principle remains the same: the earlier the exit, the better the outcome.

A note from John Hunt, MD (coauthor with Doug Casey of Speculator and Assassin). John is now running the “behind the scenes” at InternationalMan.com, and is a co-owner (along with Doug) of Phyle1.

As Jeff astutely notes today, those who get themselves and their capital out of Dodge first fare best. Governments around the world are torturing their currencies, inflating away the value of hard-earned savings. Inflation is taxation without representation, plain and simple.

To me, cryptocurrencies are the most exciting and palpable advance that freedom has made in decades. Cryptocurrencies are an express train to internationalizing your assets (and mine) and protecting them from the grubby paws of central bankers. Having some crypto in your portfolio will diversify you beyond dollar-denominated assets, immerse you in an unhindered free market economy, and decrease the power politicians have over you. And to top it off, blockchain technology can be a better mousetrap, improving numerous currently dysfunctional and broken financial and non-financial systems. There’s this free-market financial revolution unfolding that I so hope changes the world.

But I want to know: How can I best identify which of the competing cryptocurrencies and which blockchain technologies might win in the free market?

Teeka Tiwari and his Palm Beach Confidential can help. Teeka is a straight shooter. He’s approachable. He’s got a great sense of humor. I like him as a human being. And he’s got this big event coming up with Glenn Beck on July 19th at 8PM. It’s all about cryptocurrencies and freedom. I strongly recommend it. It will be fun, exciting, and lucrative. Click HERE to sign up.

We want to hear from you.

If you have a question or comment, please contact us. We read every email that comes in, and we'll publish comments, questions, and answers that we think other readers will find useful.