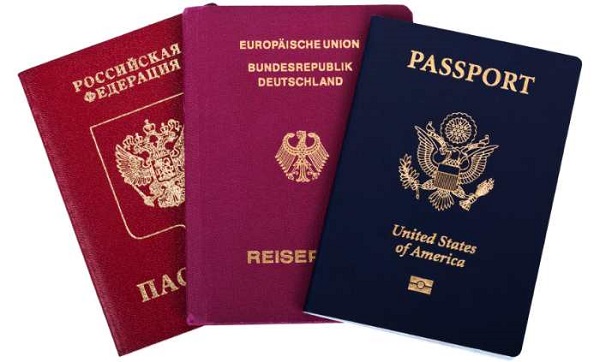 Obtaining a second passport and citizenship is a fundamental step toward true personal liberty.

It frees you from absolute dependence on any one country. It gives you more options. More options mean more freedom. Achieve that freedom, and it becomes very difficult for any government to control your destiny.

A second passport is a good idea for anyone. From the person trying to insulate himself from the confiscatory measures of a thieving government, to the person looking to escape a conflict zone without having to live like a refugee.

Among other things, having a second passport lets you invest, bank, travel, reside, and do business in places you otherwise couldn’t.

Unfortunately, no path to a legitimate second passport is simultaneously fast, easy, and inexpensive… unless you happen to win the citizenship lottery at birth.

The Path of Least Resistance

Deciding the best place and way to get a second passport is not necessarily simple. There is no one-size-fits-all solution.

Generally speaking, though, the easiest, fastest, and least costly path is through a citizenship-by-ancestry program. Each country with such a program has its own eligibility requirements and procedures. Of course, you have to be lucky enough to have verifiable heritage in the select countries that offer such programs.

Italy’s citizenship-by-ancestry program is how I attained my second passport. There, you can look all the way back to your great-grandparents for lineage and still be eligible if you meet certain conditions.

In any case, you’ll need to prove your case by obtaining a stack of official legal and translated documents (birth certificates, marriage certificates, death certificates, naturalization records, and so forth). From start to finish, it took me a little over a year and half and cost less than $1,000.

You can also obtain a citizenship through marriage. However, even in the best cases, it usually takes a couple of years. Some countries also grant citizenship for completing military service, like joining the French Foreign Legion.

If none of these options is open to you, you might consider a shortcut for high-net-worth individuals, which a handful of countries offer.

“Economic citizenship” is essentially a way to buy a passport. Some programs grant full and permanent citizenship in a matter of months in exchange for a cash investment in the country, and they don’t require any previous residency. Expect to pay at least $100,000 for the cheapest option.

Of the multiple paths to obtaining a second passport, economic citizenship programs are the quickest—and most expensive. The high costs rule out this option for many.

So, if the family bloodline leads to a dead end and you aren’t willing to marry a foreigner, serve in a foreign military, or take any other extreme measures and can’t afford an economic citizenship program, the next path of least resistance is permanent residency.

Here, again, countries vary widely on the amount of time required and other conditions needed to obtain a second passport. And these requirements are constantly changing. Some countries require you to spend substantial time on the ground and build real connections to the country. Others are less stringent.

The easiest route to citizenship in a second country will differ for most people, depending on their personal circumstances. It’s not a fun process any way you slice it, but that should not dissuade you—the benefits far outweigh the costs.

Obtaining a second passport is a crucial step in liberating yourself, your savings, and the ones you care about from the whims of any particular government.

As history shows, every country that goes down this path eventually resorts to destructive measures like higher taxation, capital controls, nationalization of retirement savings, currency devaluations, unexpected bank holidays, wealth confiscations, and so forth.

It’s just a matter of time before the U.S., and the West in general, reaches a tipping point. If you haven’t protected yourself by then, the fallout will be disastrous to your livelihood.

It’s already late in the game. But it’s not too late to start, which is why I encourage you to get a second passport now.

Even if the U.S. can buck the trends of history and print its way into prosperity, you’ll be no worse off. 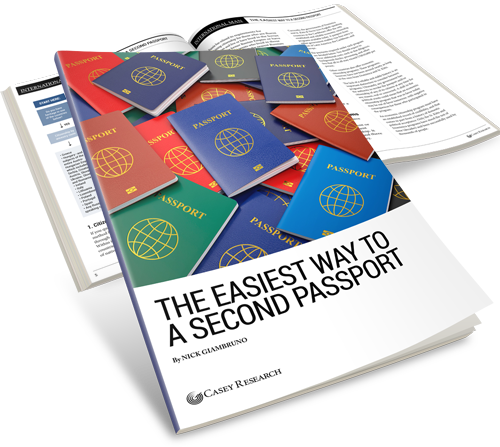 Be sure to get our Handbook for Surviving the Coming Financial Crisis. It has all the details on the easiest countries to get a second passport from. Click here to get it now.