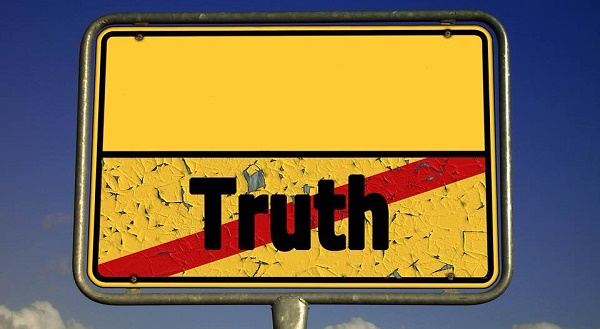 In the fifth century B.C., Greek dramatist Aeschylus said, “In war, truth is the first casualty.” Quite so. Whenever national leaders decide to go on the warpath for the sake of their own ambition or self-aggrandisement, it’s the citizenry that will pay the bloody price for their aspirations. Since war is rarely desired by the citizenry, it has to be sold to them. Some form of deception, exaggeration, or outright lies must be put forward to con the populace into getting on board with the idea.

Readers of this publication will no doubt be well-versed in the knowledge that, when an empire is nearing the end of its period of domination, war is almost always used by leaders as a last-ditch attempt to maintain order. (During wartime, a populace tends to focus more on the war than the failure of its leaders. In addition, they’re likely to tolerate the removal of freedoms by their leaders to be “patriotic”.)

This being the case, we might surmise that an empire in decline would be likely to display similar symptoms to a country at war. One of those symptoms might well be the loss of truth, not just as it relates to warfare, but as it relates to the society as a whole. A nation in decline might even welcome the disappearance of truth, as it would allow the people to continue to feel good about themselves at a time when a truthful outlook would be too unpleasant to be tolerable. Further, the closer to collapse the country may be (economically, politically, and socially), the more extreme the self-created loss of truth would likely be.

Let’s have a look at a few cultural examples and see if that premise seems viable.

As I described previously, Californian Mark Dice stood on a street corner offering passers-by either a free ten-ounce bar of silver or a free bar of Hershey’s chocolate. Without fail, each one chose the chocolate. Even though Mister Dice was standing in front of a coin shop where the silver bar could be redeemed, they rejected the silver which they knew had to have greater value.

Only twenty years ago, people would have been far less likely to deny truth in favour of a falsehood that was more palatable – the instant gratification of candy. In effect, this is the abandonment of basic truth in favour of whatever perception is more pleasant.

Kim Jong-Un on “Dancing With the Stars”

Talk show host Jimmy Kimmel recently asked people on the street if they had seen Korean leader Kim Jong-Un on the popular television show “Dancing With the Stars.” Clearly they had not, as the idea was absurd, yet many answered yes, then went on to describe their appraisal of his performance as though they’d seen it. (Some went into depth, expounding on the artistry and social value of the non-existent performance.) The interviewer went on to remind the interviewees that Kim Jong-Un is in fact a dictator and asked whether they thought it was in good taste for him to have pointed a machine gun at the audience. In spite of the now-blatant absurdity, interviewees continued to pretend they had actually witnessed the performance, offering their opinions on how well he had performed. They responded in accordance with what appeared to be expected of them rather than choose the less-pleasant option of saying, “I’m sorry, but I didn’t see it.”

Now, the video was clearly offered by Jimmy Kimmel to show his audience “how dumb people can be,” but it demonstrates something more. It shows us that a significant segment of the population is quite prepared to simply abandon reality by, first, pretending to have witnessed something they have not and, second, offering firm and even complex opinions on something that did not occur.

Certainly, political hopefuls have always had a reputation for being less than truthful and any responsible voter would be advised to look at every candidate with a jaundiced eye. But what if voters choose to lie to themselves in order to validate candidates?

Back when the US became the unquestioned empire in the world (just after World War II), Americans took a great deal of pride in truth and honour. A candidate might be suspected of personal immoral behaviour and/or corruption and still be elected, but if it were blatant, he would not.

Today, the liberal media regularly refer to the record of presidential candidate Donald Trump, highlighting the companies that have gone bust and people who have been financially ruined as a result of his dealings. They also highlight his ever-changing political viewpoints, arrogance, and disdain for virtually everyone but himself. Yet, supporters of Mister Trump virtually block out the repeated reports, focusing only on their enjoyment of his bombast toward the establishment.

And the conservative media have been equally persistent in calling attention to candidate Hillary Clinton’s long history of shady business dealings, her failure with regard to the Benghazi incident, her selling of influence whilst acting officially as secretary of state, her acceptance of large campaign donations from Wall Street and, most prominently, her (very possibly illegal) abuse of top-secret government documents.

Yet, half of all democrats at present are content to simply treat all that evidence as though it has no significance.

To put this in perspective, as recently as 1974, the American public were so outraged over their president having complied with a cover-up of an information burglary that he was forced to resign his office. Today, however, we observe not a sitting president, but candidates for president, each of whom, regardless of their glaring unsuitability, is able to attract a major portion of the public’s support and continue to campaign.

Here, we need not focus on the shortcomings of the candidates, no matter how unfit for office they may be, but on the voters, who choose to disregard the obvious truth.

Again, abandonment of basic truth in favour of whatever perception is more pleasant.

All of the above I believe are symptoms of a greater problem. As a Briton, I’m very aware that, during the decline of the British Empire, many of my fellow Brits pretended that it wasn’t happening, saying, “There will always be a Britain,” and “The sun never sets on the British Empire.” And, tellingly, they continued to behave as though Britain were still top doggie in the neighbourhood. (We still had vestiges of this, right up until the 1980s, decades after it was clearly all over.)

The US, in its own decline, is showing this same self-destructive tendency. The worse things get, the greater the inclination of the citizenry to say, “Carry on, everything’s fine.”

When a ship is going down, the very worst reaction is to pretend that everything’s fine and that it will all turn out okay. Yet, just as it occurred in Britain, we see today in the American people a desire to pretend that, although all is not well, there’s a rainbow just over the next rise, and that if the people (and their presidential candidates) will only make their hopes and promises big enough, the greatness will return along with good times for all.

I wish that that were the case, but I’m inclined to believe that self-deception does not improve the situation; it exacerbates it. Better to face reality then create a plan to address that reality.

Editor’s Note: Most people have no idea what really happens when an economy collapses, let alone how to prepare…

New York Times best-selling author Doug Casey and his team just released a PDF guide that will show you exactly how. Click here to download the PDF now.