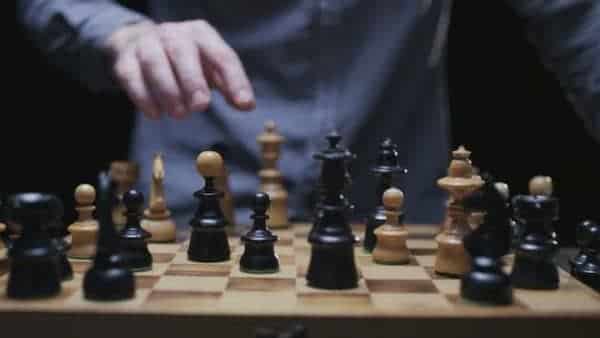 By this, he meant that whatever understanding worked well between any two people was likely to lead to progress. The reason for this was that such agreements would, of necessity, be based upon “trust and empathy.”

He believed that, if mankind were left alone to sort out all commerce and other interaction on their own, using truth and empathy, they’d succeed at moving the society forward.

He further postulated that, historically, the failure to progress could be attributed to what he termed to be the “Man of System.”

The Man of System was any individual who believed that he knew what was best for others and sought to impose his system (from the top, down) on the population, whether they agreed or not.

Mister Smith felt that the failing in all such systems was the same – that the Man of System was dangerous for two reasons. First, the Man of System believed that he knew more than he was actually capable of knowing. Second, the Man assumed that, if he simply dictated human action, the individuals in question would comply – much like pieces being moved around on a chessboard.

In his supposition, Adam Smith succinctly described the central failing of all of those who seek to establish controls over their fellow men, based upon their own personal vision.

We see this in all walks of life. It exists in a religious leader who enforces his own version of morality on his parishioners, insisting that those who fail to follow his interpretation of morality will face damnation.

We see it in teachers, who focus more on learning historical facts by rote than in understanding the underlying causes of history.

And, of course, we see it in political leaders who focus on one “ism” or another, through which they believe a society can be forced to obey, thereby to create a “greater good” for all.

So, do these individuals truly believe in the overall vision that they attempt to force on others, or do they simply find it expedient to pretend that this is their belief, as it provides them with the leverage to lord over others?

In some cases, it may be the former and in some cases it may be the latter. In still other cases, it may be both. But the answer matters little. What is significant is that the Man of System seeks to pervert the natural function of human action and fails to understand that, never in history, has this approach to order truly succeeded. Invariably it fails, due to the fact that people, no matter what level of controls are placed upon them, will always seek to think and act independently of any system of diktat.

Subsequent to the publication of his first book, Adam Smith focused on the way forward for societies if they were to succeed in expanding themselves socially and monetarily. He published his conclusions in his second book, The Wealth of Nations, in 1776.

This was a fortuitous date, as the book had a major influence on those in America who would become the founding fathers of the United States.

The founding fathers of the US chose to minimize the role of government and to rely on free enterprise to be the engine of the nascent nation.

The French traded one “Man of System” for another. After a brief period of chaos and bloodshed, they once again lost their freedom to autocracy.

The Smithian principle is based upon voluntary exchange – a free market, from the bottom up, not the top down. In it, each creator of goods chooses to create, not that which he most wishes to create, but that which is most likely to be salable to others.

Similarly, he recognizes that he must produce it for a price that others are prepared to pay and in no greater amounts that they are prepared to buy. Increased demand may tend to raise the price being asked, but higher prices will inspire others to compete. Their production inevitably creates a balance between demand, availability and prices.

In a free-market system, there are no top-down controls by legislators or regulators. In a top-down system, attempts are made to dictate quotas and prices and apply taxation. All are counter-productive.

This “natural liberty,” as Mister Smith termed it, is invariably destroyed to a greater or lesser degree by outside forces, such as governments and trade unions. They seek to dictate prices and impose quotas, tariffs and taxation.

Not only do these entities not have the ability to regulate every individual agreement between any two parties, they invariably fall prey to corruption – giving rise to cronyism, monopolies and insider deals.

Government is therefore the very worst of Man of System and, in fact, is ultimately the destroyer of free enterprise.

All governments, in every era, wrestle with the question of, to what degree they should intervene in commerce in order to maximise the wealth of the country. Regardless as to whether they are sincere in their deliberations, the fatal flaw is that the answer – one that they cannot accept – is: none.

In modern times, free enterprise (i.e., capitalism) has been blamed for impoverishment, over-pricing, inadequate quality of goods and more. Yet a true free market corrects these problems. These problems, which are only too real, are the product of a century of governmental regulation of and interference in the free market. We may criticize the free market, yet we have never actually lived in a free-market system.

The successful government does not need to do good things for you; it only needs to cease doing bad things to you.