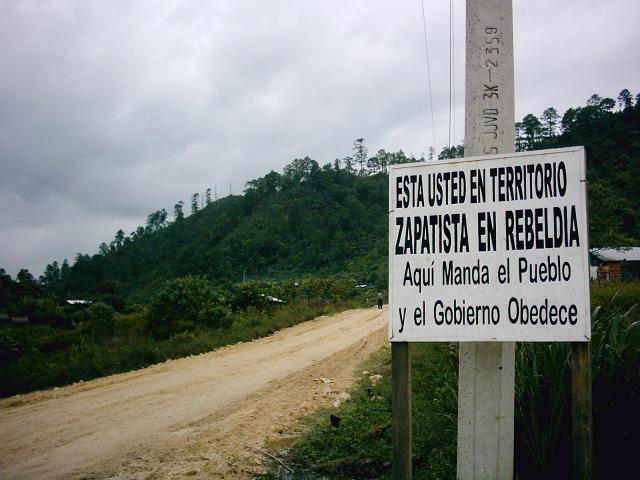 The sign above is located in the state of Chiapas in Mexico. In English, it says, “You are in the territory of Zapatista in Rebellion. Here, the people give the orders and the government obeys.”

Well, of course, what that really means is that the Zapatistas give the orders, not the people as a whole. Still, the people generally regard the Zapatistas as being more representative of their wishes (and less parasitical) than the government.

Mexicans are further along than, say, Europeans or Americans in understanding the true role of government. The mask has been off for some time and the people understand that the government does not exist to serve them; it exists to enslave them – that is, to rob them of the fruits of their labour through taxation, whilst doing as little as possible to benefit them.

They understand that this is the norm for all governments and elections do little more than remove one parasite and replace it with another.

The Zapatistas have been more successful than they would have been, had they been operating in, say, the US. This is partly due to the fact that the Federal government in Mexico is not as well-funded as in the US and is therefore not as powerful. This, in addition to the contempt in which the Federales are held by Mexicans in general, particularly the campesinos – the poor, assures greater success for the Zapatistas. Since 1994, their strength and breadth have grown steadily.

At present, they dominate Guerrero, Oaxaca and Chiapas states, shown below in purple. But, recently, it is in Michoacán (the easternmost yellow state) that the most interesting development has occurred. 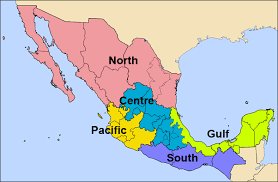 The people of the town of Cherán became fed up with the struggle as to who rules over them and decided to take charge of their town themselves. In 2011, led by local women (including one granny), the population of 20,000 removed the bureaucrats, the police, the talamontes (the local mafia) and the rebels, and are now running their town themselves with volunteer citizens.

They’re not professing to be libertarian and yet, through common sense, they’ve established a form of rule that is remarkably libertarian.

The basic principle is that they make no laws. The citizens may do whatever they wish, as long as they do not aggress against other citizens or their property. Political parties have been banned.

Like a mediaeval European town, the three entrance roads are guarded by a militia, who stop anyone seeking to re-establish dominance over the town.

Pedro Chavez, a teacher and community leader commented, “To defend ourselves, we had to change the whole system — out with the political parties, out with City Hall, out with the police and everything. We had to organize our own way of living to survive.”

Not surprisingly, the takeover became a national issue. There was massive political opposition in Mexico City. But, in 2014, Cherán’s provisional self-government was declared legal. The town remains part of Mexico but is self-determining.

Of course, we’re forever being told by the academics of the world that the result of a libertarian system would be chaos, as there’s no powerful government to constrain people from their natural lawless tendencies.

So, what we have here is a litmus test to view a libertarian community in a Petri dish.

What do we see?

To begin, crime is down dramatically. With organised crime removed, along with the police whom the gangsters paid off, capital crime in particular, has ceased to exist. (Most remaining crime has to do with alcohol abuse.)

So, other than the determination of a few inspired women who were fed up with violence and corruption, what are the keys here? How could this come about?

Well, unlike the northern Mexican states, where most of the manufacturing takes place, most all people in Cherán are campesinos – they lead simple lives, primarily as farmers. The misguided belief that the government or any other ruler is somehow making their lives better through entitlements, does not exist.

Secondly, this is a small community. The townspeople all know each other well enough that it was possible to organise quietly and plan a takeover in secret.

Although some of the younger men in the community wanted to execute the captured talamontes, police and bureaucrats immediately after the takeover, the women who had led the uprising wisely insisted that the violence must end and the captors simply be expelled, never to be allowed to return.

Thus, the reborn community began on the most central of libertarian principles and that principle has continued to be maintained. 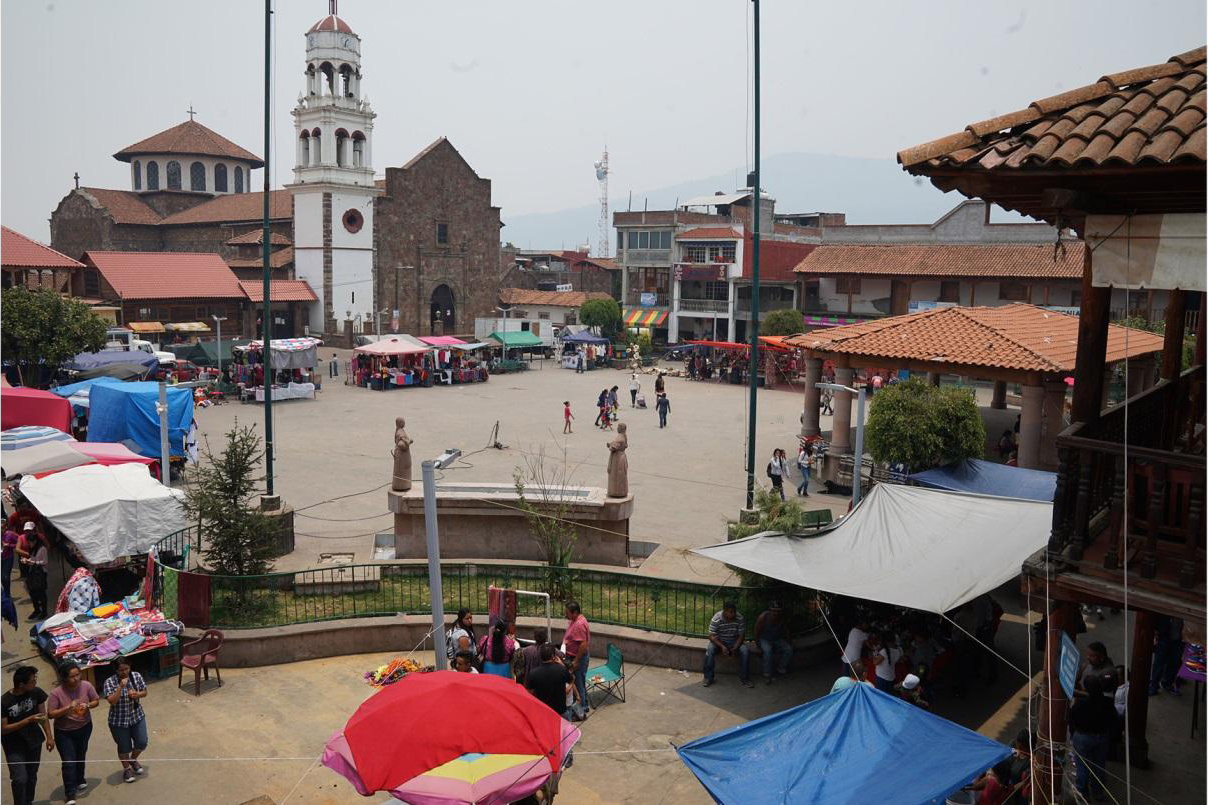 In the sophisticated western world, we frequently debate the likelihood of the success of a libertarian community – that its simple principles are too idealistic to ever work.

However, seven years after the takeover of their town, by the people of Cherán, we see that this is not only possible, it can be accomplished by such an unlikely group as a handful of poor women, without any funding – with just the simple idea of liberty.

In reflection, it’s important that we recognise that the Mexican government is underfunded and in disarray. Although it does all it can to dominate all its states, it’s very limited as to how much it can actually maintain in the way of controls. This is particularly true in the southern Mexican states.

And of course, there’s the “alternate government” – the Zapatistas, whose objective is to replace the government with themselves as the dictators. However, they’ve taken as their theme, “The People Give the Orders and the Government Obeys.”

In doing so, they’ve provided the inspiration that it might just be possible to toss off the domination of all would-be rulers and become self-determining.

This is essentially the same story as the US in 1776.

The US, in its infancy, was libertarian in nature. It was intended to be a republic, not a democracy and, although it got off to a wonderful start, it slowly degraded into a corporatist/collectivist oligarchy.

Cherán stands as a reminder that liberty does not end, it simply moves around geographically from time to time.

There is always liberty somewhere in the world.