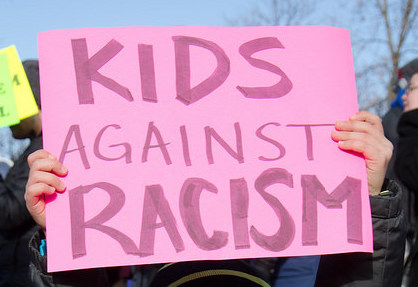 Racism is a fire that the political class can’t put out, perhaps because they don’t want to. Intentionally or not, the politicians, media and academics are all stoking the fires.

The historically racist term colored people has been replaced by the cool and fully acceptable term people of color. I harbor doubts that such a change in terminology will make a dent in the problem of racism.

But words are important and they do influence thought, so we need to be aware when our definitions are causing problems.

Discrimination is a term that has undergone major changes in meaning. Discriminate used to mean to choose after careful deliberation, a process that has only positive connotations. Over the decades, the meaning gradually changed to a negative: making a choice based on group affiliation such as race, ethnicity, religion, etc. Then the word discriminate mutated further. It now seems to hold a more confusing, subjective and inconsistent meaning, one that took me a while to parse. After some contemplation, I realize that discrimination has come to mean doing something that someone might want to get offended by.

With that background, let’s take the term racism head on. In this conversation, I am using the original definition of the term discriminate as opposed to the politically correct or confused versions.

First, let’s ask: is there some biological, innate, genetically transferred process that, in addition to the history of slavery, causes or underlies racism? There could be. And if there is, we need to be aware of it.

We know that people commonly are attracted to mates who look like themselves. Just so, perhaps the tribes of long ago feared people who looked different from themselves—who looked strange—in other words, strangers. And rightfully so back then, as such strangers might be invaders, stealing their land, their children, enslaving the women. Over the millennia, a fear of strangers may have become teleologically engrained. In other words, to fear people who look different may have provided a survival benefit. Indeed it still may, such as when fear of hooded gangs leads to avoidance of them. In addition to cultural causes, does the spontaneous segregation of black kids and white kids at school lunch tables have an ancient biological underpinning? Possibly. There certainly are other evolutionary adaptations in the brain that prove to be handicaps in modern society. Racism may, in part, be a residual handicap left over from primitive times.

Fortunately, individual humans have rational function in the cerebral cortex that modulates the deeply engrained instinctual processes of our animal natures. Indeed this ability to overcome instincts with rationality distinguishes us from animals. It is the rational individual mind that needs to overcome racism, whether that racism is either biological or cultural (either nature or nurture). The rational mind can even overcome racism that is intentionally reinforced in us by those who want to divide us into more easily controlled groups.

The individual rational mind has the potential to be a powerful weapon against racism, but a dominant definition of racism stands in the way.

There are two competing definitions of racism. One is collectivist, and one is individualist. And they couldn’t be more different.

(Note, there can be rational reasons to discriminate, such as when a casting director chooses a black man--as opposed to a white woman--to portray Nelson Mandela).

Yes, the individualist definition includes bidirectional racism. The politically correct may scream in anger at any notion that racism could be bidirectional (or multilateral), in spite of the obvious reality that racial discrimination is just that. Remember, the politically correct people are ensconced in their dysfunctional collectivist definition, which excludes from the term racism any racial discrimination undertaken by individual members of the oppressed race.

Note that the collectivist definition of racism not only tolerates racial discrimination (if undertaken by the oppressed), but indeed demands that people discriminate based on race. And today’s media magnifies this. The headline, “White Cop Shoots Black Man” defines both people involved by their skin color as opposed to their character. At least the cop gets recognition for his profession, but the man who got shot is defined by, and described as being, not a father or son, or friend, or lover, or lawyer, or plumber, or Christian, or philosopher, or dancer, but as black. Can there be anything more antithetical to Martin Luther King’s dream than the way the media focuses attention on race (or even just skin tone) rather than content of character? The media intentionally pours gasoline on a fire we should have long since put out.

The government encourages us to racially discriminate, systemically subsidizes such discrimination, and even mandates it. A government form rarely passes my desk in which I am not asked to check off a box to categorize myself based on race, no matter how irrelevant race is to the purpose of the form (it is always irrelevant). I check off “Other” and write-in “Martian.”

Collectivism (statism), as proven throughout history, is seen once again as dehumanizing, destructive and diluting responsibility. This failed ideology feeds and encourages the racism that its advocates purport to decry. They pretend to hold some moral high ground. But they aren't anywhere near it.